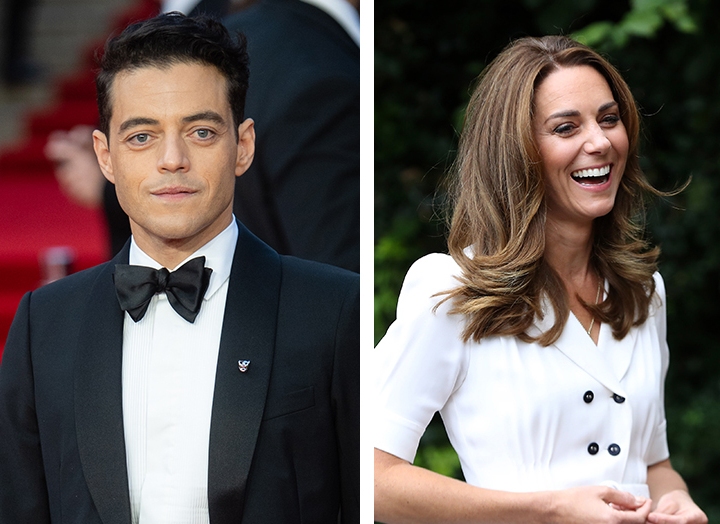 Rami Malek is no stranger to meeting members of the royal family, and at this point, it’s safe to say he feels completely comfortable. According to the 42-year-old actor, he even asked Kate Middleton if she needed a babysitter.

On Tuesday, Malek paid a visit to Jimmy Kimmel Live to discuss his new film, No Time to Die. During the appearance, the actor opened up about recently reuniting with the Duke and Duchess of Cambridge at the London premiere of the film. According to Malek, this was the first time he ran into the royal couple since the BAFTA Awards in February 2019, where he attempted to have a personal conversation with Middleton.

“I just looked at Princess Kate at one point, and I said, ‘This must be exhausting.’ And she said, ‘Why?’” he stated. “[I asked,] ‘You just had a baby, right?’ I think she was taken aback." (At the time of the event, Middleton had given birth to Prince Louis just ten months prior.)

The Bohemian Rhapsody star continued, “[Kate] said, ‘How are you doing?’ [I'm like,] ‘No, how are you?’ And in the most regal, elegant way, she gave me a look. But you can tell. Imagine, you're dressed to the nines, have to talk to all these actors. They're so careful. But it was so cool. I think I caught her off guard for a second. And, you know, had that look of—in the most elegant, professional, royal way—'Yes, it's a lot, having a kid.’”

At one point, Malek even offered to babysit for the couple, so they could enjoy some alone time together. “The funniest thing about that was, I said, 'If you ever need a day off, some time off, I'm back up for you,’” he recalled. “She's like, ‘What do you mean?’ I go, ‘I can babysit, you guys go out, have a good time.’”

Now that would be something we would love to see.