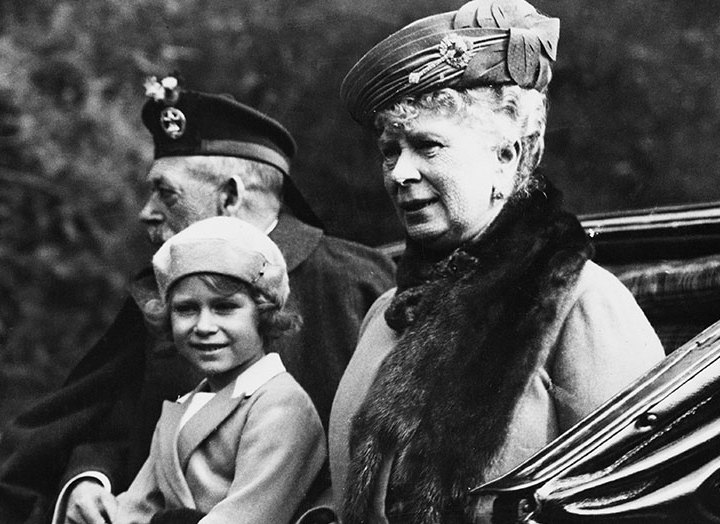 If you're a royal family follower like us, then you've probably heard tales of how the queen mother, Mary of Teck, had a bit of a stony demeanor. Meanwhile, this reputation was only reinforced by Eileen Atkins's portrayal of the royal family member in The Crown.

However, there seems to be some new evidence that indicates Queen Mary wasn't as cold as we once thought. In a report made by The Telegraph, some secret letters were recently unearthed, which show a much more loving side to Queen Elizabeth's grandmother.

It turns out that Queen Mary had a very close relationship with her aide of 27 years, Lady Eva Dugdale. The women had a friendship that lasted for over five decades, and now, two of Dugdale's grandsons, Charlie and Jimmy Millard, discovered a collection of correspondence between the two that was written between 1907 and 1923.

Among the bundle of letters were around 20 messages written from the queen to Lady Dugdale, as well as five letters from King George V. The stack even included some vintage newspaper clippings, as well as never-before-seen photos of the royal family.

This slice of history offered many intimate and revealing messages from the queen mother. “I am ever, darling Eva, your most devoted old friend,” the royal writes at one point to her close pal. Queen Mary's love for her family was evident in her writing as well. “It was a great joy having David with us for a fortnight and he was so happy to be at home again,” she wrote of her son, Edward VIII, who she referred to by his last given name.

Even on her birthday, Mary of Teck showed her kindness and gratitude for everything she had. In a letter to Dugdale, she said, “I spent a very happy day, everybody was so kind and I had such lovely presents and flowers that by the evening I felt like a spoilt child. Rather a nice feeling at 54!!!”

We love getting a peek at Queen Mary's softer side.