If there's one thing we've learned about royal family members, it's that they love to pass their jewelry onto one another. So, when a royal loses an earring or a bracelet slips off their wrist, it could end up being a much bigger deal than you might originally think.

Queen Letizia learned this lesson yesterday afternoon, when she experienced a major mishap on her first royal outing of 2022.

While attending the New Year Military parade at the Royal Palace of Madrid, the Spanish royal was donning Queen Ena's brooch, which ended up falling off of her navy blue gown. According to Hello!, the vintage accessory features a large gray pearl in its center surrounded by diamonds, completed with another, smaller drop pearl. The fine piece of jewelry dates back to its original owner, Queen Ena, who reigned from 31 May 1906 until 14 April 1931. 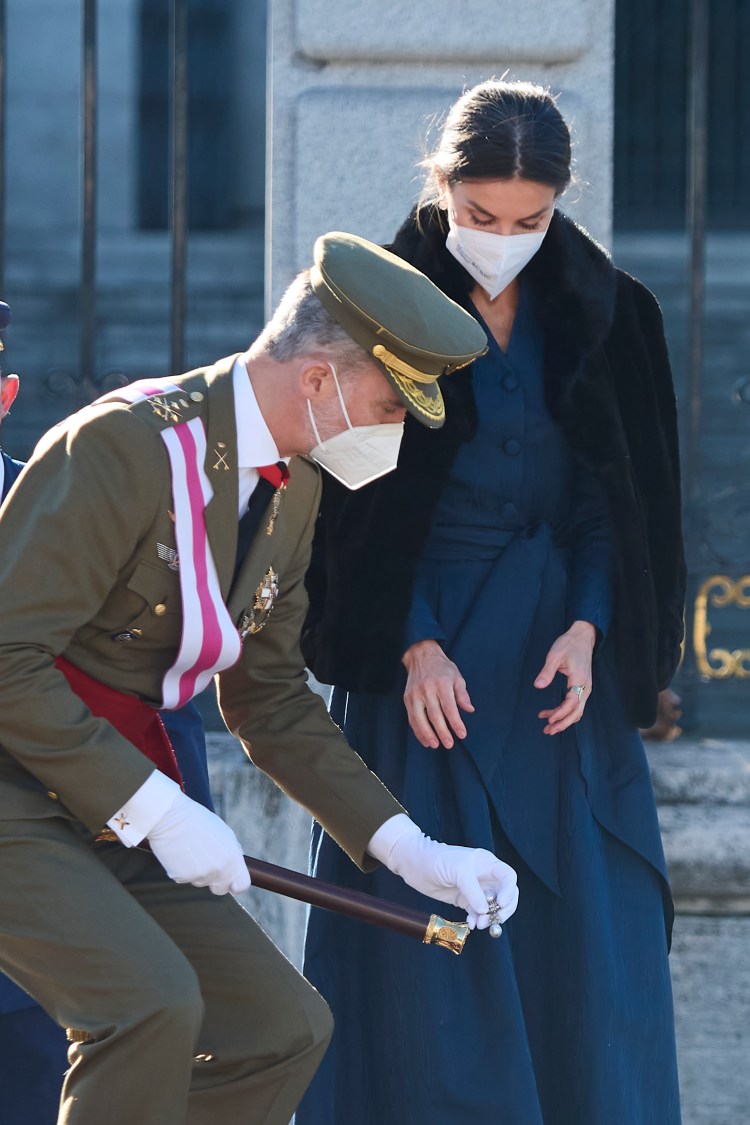 However, thankfully, the crisis was quickly averted. As seen in a series of photos provided by Getty Images, the queen was accompanied by her husband, King Felipe VI, and the pair noticed when the brooch fell off. In a sweet gesture, the king reached down and picked up the accessory for his wife. He was captured handing it back to her. 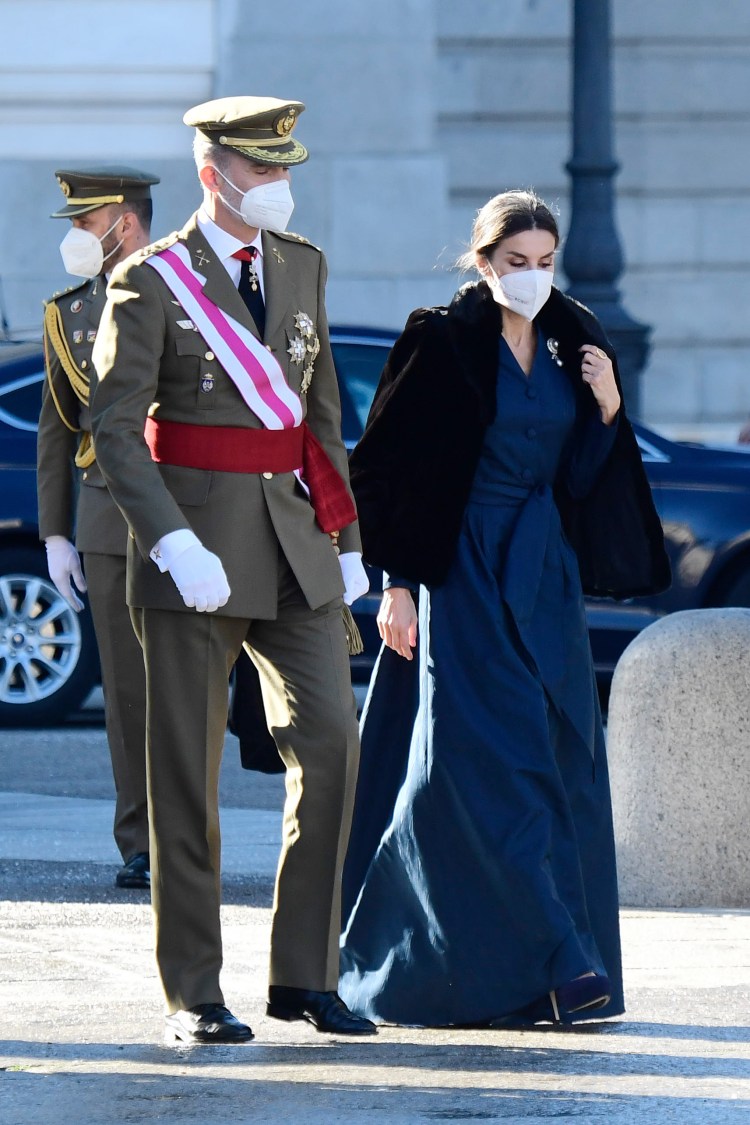 The Spanish royal family aren't the only ones who hold onto meaningful brooches. Queen Elizabeth II has also been known to wear these stylish adornments, and hers typically hold a longstanding history, too. Take, for instance, how she wore a brooch to Prince Philip's funeral that was given to her grandmother as a wedding present, in order to signify her lifelong romance with the Duke of Edinburgh.

All we can say is: Nice save, King Felipe.

The 10 Most Memorable Royal Wedding Disasters of All Time