Queen Elizabeth is one proud great-grandmother, and this rare family photo is proof.

This week, the 95-year-old monarch hosted the outgoing Defence Service Secretary, Rear Admiral James Macleod, and the incoming one, Major General Eldon Millar, at Windsor Castle. Photos from the get-together offered a rare glimpse of the queen’s office, where she displayed a never-before-seen family photo. 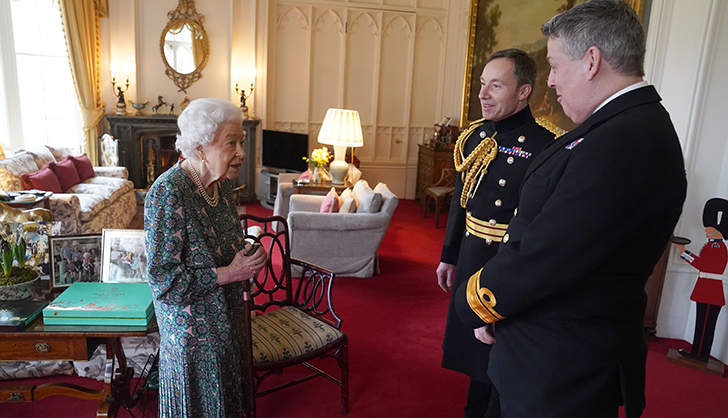 As Hello! magazine points out, the pic features Her Majesty posing with her great-grandchildren as she holds Zara Tindall’s son, Lucas (11 months). 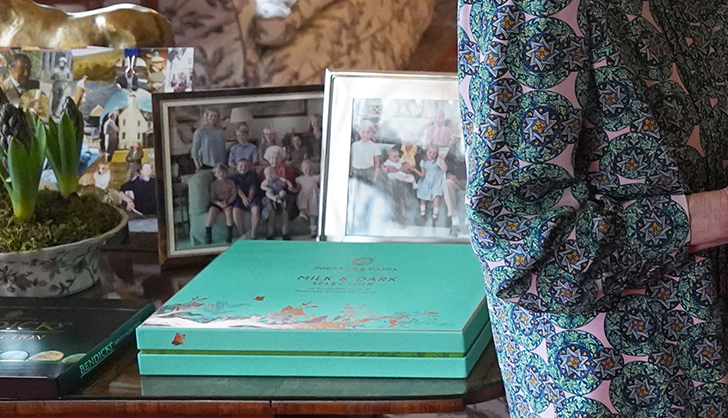 In the close-up photo (on the left), Queen Elizabeth is seen sitting on a blue couch at Balmoral Castle. (FYI, the sofa has been pictured in several family portraits over the years.) The monarch is surrounded by eight of her great-grandchildren, along with one grandchild: Lady Louise Windsor (18), who’s standing in the back.

Lucas’s sisters, Mia (8) and Lena Tindall (3), are sitting next to the queen, followed by Prince Louis (3) on the end of the couch. In the back, Lady Louise is standing next to Prince George (8), Isla Phillips (9), Princess Charlotte (6) and Savannah Phillips (11).

Earlier this month, Queen Elizabeth rang in her Platinum Jubilee with a historic celebration. To mark the special occasion, she hosted a reception at Sandringham House in the wake of her Accession Day, marking the 70th anniversary since she ascended the throne. The monarch paid tribute to her late husband, Prince Philip, by bringing a cane that once belonged to him.