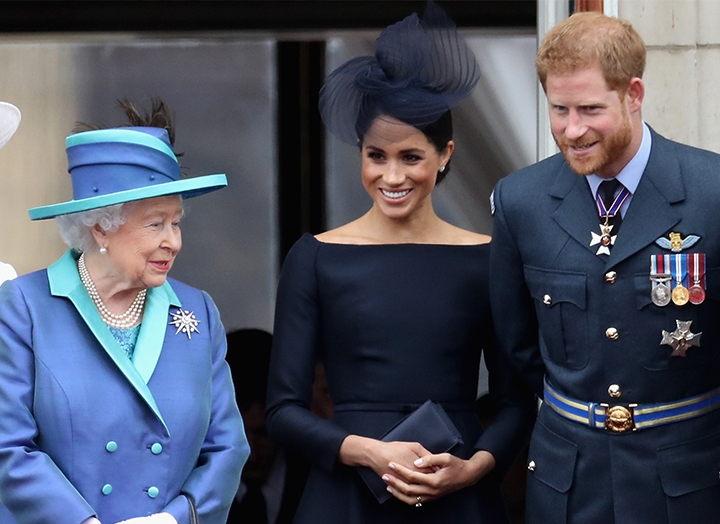 Before Meghan Markle and Prince Harry decided to live a life outside of the royal spotlight, Queen Elizabeth had apparently been planning a different route for the couple, including a big move to South Africa, according to a new book.

Per People, biographer Robert Lacey’s new book Battle of Brothers: William and Harry—the Friendship and the Feuds will “address the unique and complex relationship at the heart of the royal family’s recent woes.” And apparently, according to a new report, prior to the Duke and Duchess of Sussex’s decision to step down, Her Majesty was considering having the duo live in South Africa for a year or two, where they could work in a new role within the royal family. Why? She was trying to assist them in living an “ordinary” life.

It turns out that the 94-year-old monarch discussed the plan with senior courtier Sir Christopher Geidt and Sir David Manning (former British ambassador to the U.S). “The big idea was to get Harry and Meghan out of the country for a decent spell. It would give everyone a breather,” Lacey wrote per The Independent. “The Queen wanted to offer both honour and responsibility to the couple by handing them some role in her beloved British Commonwealth of Nations—a highly personal token of trust.”

Lacey also states that the couple “seemed interested by the notion” writing, “Their relationship had taken flower in Africa after all, so maybe it, or somewhere else in the Commonwealth, might provide their next step.”

It seems the couple’s desire to live ordinarily was too strong for even a part-time move to South Africa. But they appear more than happy with their new life in Montecito, California.