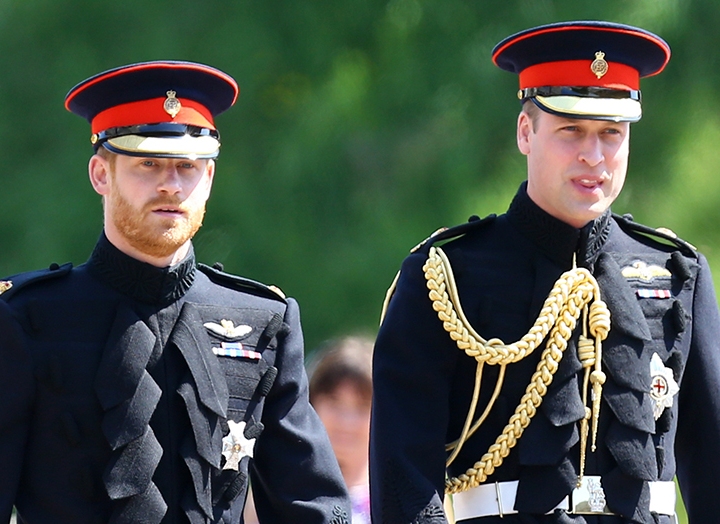 There’s another royal book hitting the shelves this year (no, it’s not about Meghan Markle and Prince Harry). Instead, it will focus on Harry’s relationship with his older brother, Prince William.

According to People, biographer Robert Lacey’s new book Battle of Brothers: William and Harry—the Friendship and the Feuds will “address the unique and complex relationship at the heart of the royal family’s recent woes.” Sounds pretty dramatic if you ask us, but we’ll keep an open mind.

“Much reported on but little understood, Diana’s boys have lived under constant scrutiny since birth,” reads the book’s official synopsis. “Raised to be the closest of brothers, the last 18 months has seen a devastating breakdown of their once unbreakable bond. With an unrivalled knowledge of court life and access to impeccable sources, Robert Lacey investigates the untold reality of the brothers’ relationship, explaining what happened when two sons were raised for vastly different futures and showing how the seeds of damage were sown as their parents’ marriage unravelled.”

Per the outlet, the novel will also touch upon how the siblings’ relationship has changed since marrying and becoming parents. Of course, Harry and Meghan’s decision to step down as senior members of the royal family will also be addressed.

“I have been astonished and sometimes moved to tears by the fresh details and insights I have discovered in researching this story of family conflict. It has been both enthralling and painful to trace this drama through the memories of close witnesses and some of the people most intimately involved,” Lacey said in a press release.

It’s no secret that over the years the duo has had their ups and downs. While many have speculated about trouble between the siblings, the Duke of Sussex admitted that they will “always be there” for each other in last year’s ITV documentary, Harry & Meghan: An African Journey.

Looks like we’re just going to have to wait until October for the rest of the deets.

Prince Harry & Prince William Have Been Doing Video Calls Together Since the Sussexes’ Big Move to L.A.