Royal followers around the world have been paying tribute to the late Queen Elizabeth II across social media, particularly today, the day of her funeral. To honor the late monarch’s memory, Princess Diana’s younger brother, Charles Spencer, wore a special accessory and posted a heartfelt tribute to the queen on Instagram. 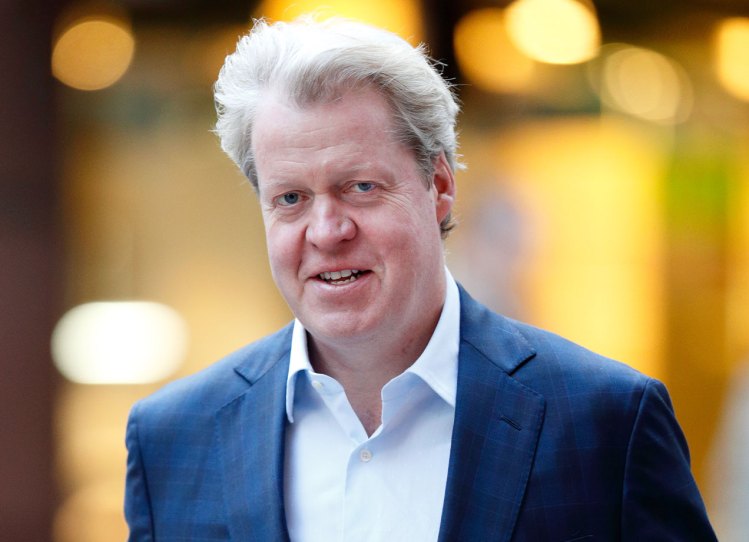 The 9th Earl Spencer posted a picture on his personal account earlier today, showcasing what appears to be a pair of golden cufflinks. The accessory features a crown sitting on top of the initials “ER” with “II” positioned between the two letters. Charles wrote in the caption, “Wearing these at Windsor today, with great sadness and pride.”

Some royal admirers showed their admiration for the tribute in the comments section. One person wrote, “Sad day to say goodbye to Queen Elizabeth in Majesty's Funeral. Thanks for your post.” Another said, “Our thoughts and love are with all of her people today ❤️.”

The letters (short for Elizabeth R) are a notable nod to the late monarch, who would often sign important documents with the honorary signature.

Back in June, Her Majesty released an official statement in honor of the unveiling of the National Windrush Monument at Waterloo Station in London. Toward the end of the letter, she signed “Elizabeth R.” (To explain further, the “R” stands for “Regina,” meaning “Queen”).

This isn’t the first time Charles has paid tribute to the queen. In a photo posted to his page, Charles celebrated the monarch’s life and legacy by lowering the flag on top of his residence. “We will keep the flag at @althorphouse flying at half-mast till after Her Majesty’s funeral,” he wrote in the caption.

A lovely tribute to the queen.