What Did Prince William Call Queen Elizabeth as a Child? His Nickname for Her Was Super Strange 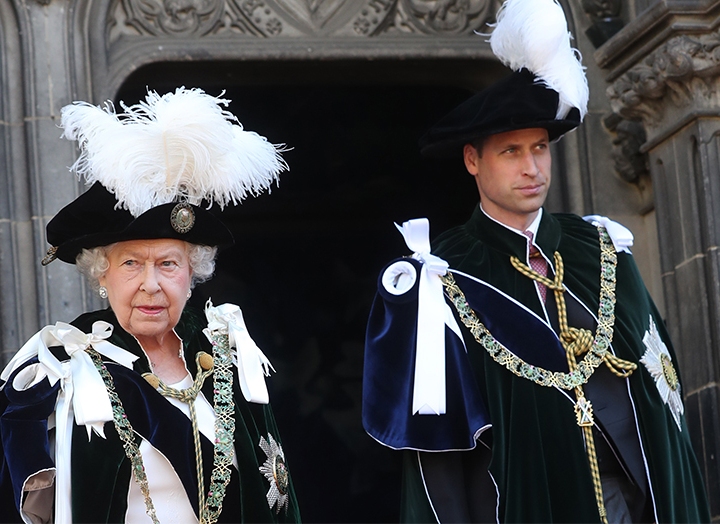 “Your Majesty,” “Ma’am,” “Gan-Gan” and (gasp!) “Lizzie” are just a few of Queen Elizabeth’s many nicknames. But as it turns out, Prince William once called his grandmother something a bit less traditional.

Daily Mail columnist Richard Kay revealed that as a child Prince William coined an unusual term for the queen. When the young prince hurt himself while running around the palace, he called out for “Gary,” and the rest is history (it seems William had a hard time trying to say “grandma” or “granny” when he was little).

Kay wrote, “After a fall at Buckingham Palace, the prince cried out for ‘Gary, Gary.’ A guest who went to help asked who Gary was, assuming it must be a member of the royal household. ‘I’m Gary,’ responded Elizabeth. ‘He hasn’t learned to say Granny yet.’”

Although the moniker didn’t stick, we can’t help but wonder if Prince George and Princess Charlotte’s nickname for their great-grandmother, “Gan-Gan,” was derived from “Gary.” In an interview with ITV from 2016, Kate Middleton revealed her eldest son starting using the nickname at the age of two.

There’s also one more name for Her Majesty that we’ve yet to mention—one bestowed upon her by husband Prince Philip. It seems he calls Elizabeth “Cabbage.” We’re not exactly sure why.

Nevertheless, we don’t blame Prince William for opting for something other than the queen’s full name, Her Majesty Queen Elizabeth Alexandra Mary. Talk about a mouthful.