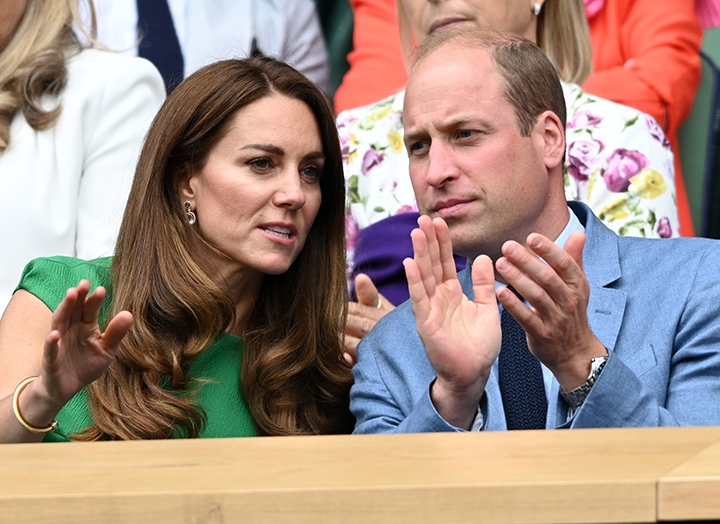 Kate Middleton and Prince William are making diversity a priority for their official Royal Foundation—at least according to the organization’s newly released 2020 Trustees and Auditor's report.

The document, which is a whopping 44 pages, takes an in-depth look into the charity's finances from the prior year, specifically January to December 2020. As Page Six noted, the documents revealed to their trustees that going forward the Duke and Duchess of Cambridge plan on emphasizing diversity (among other things), something that has never been recorded in the report before.

In a section titled “equality, diversity and inclusion” it reads: “Formal targets for diversity of the Board have not previously been set but will be considered, monitored and reported on. Diversity is always considered in Trustee recruitment and improving this has been a particular focus for the Board and Governance and Nominations Committee in 2020.”

Another part of the report states, “The Royal Foundation remains committed to equality and diversity and to ensuring a positive, safe and respectful environment which promotes the wellbeing and dignity of its employees, applicants, partners, suppliers and those whose interests it represents.”

Officially founded to house the charitable interests of Prince William and Prince Harry, the Royal Foundation grew to include Kate Middleton following her 2011 wedding to William. Kensington Palace announced that Meghan would also join the foundation’s board after her own royal wedding. However, since stepping down as senior members of the royal fam, the Duke and Duchess of Sussex have gone on to create their own charitable organization—the Archewell Foundation—and Kate and Will have claimed the original foundation as their own.

We love to see this new commitment.