Prince William has been quite the royal rebel these past couple weeks. During an appearance at the 2022 Royal Charity Polo Cup at Guards Polo Club in England, the Duke of Cambridge broke royal protocol when he and Kate Middleton displayed major PDA. At the event, the couple were caught kissing each other on the cheek, as well as walking with their arms wrapped around each other. And while this may not seem like a big deal, there are certain rules that the royals are expected to follow during public appearances. And now it seems the duke has broken protocol once again.

The duke attended the Wimbledon men's singles final this past weekend with Middleton and their eldest son, Prince George (who made his first ever appearance in the royal box). However, according to a report from ﻿Newsweek﻿, the Duke of Cambridge seemingly had an oops moment after British player Cameron Norrie lost a point. In a video that was shared to Twitter, it appears that Prince William dropped the F-bomb, as he said, “No, no, no. F*** it.” 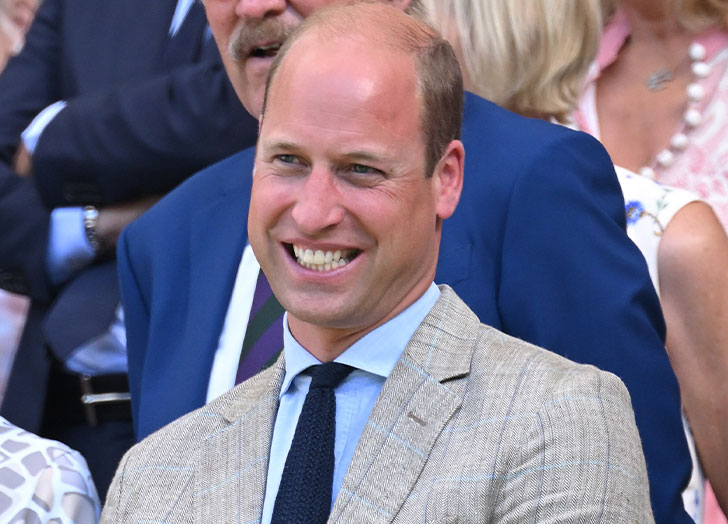 However, the clip cuts off right as the duke seems to say the curse word, so it's unclear whether he actually let it loose or not.

Traditionally, it's frowned upon for royals to curse, and it's even considered a faux pas for them to say words like “pardon” or “toilet.” However, these royals are human just like us, and it wouldn't be the first time a member of the family has been caught using a swear word.

As Showbiz Cheat Sheet pointed out, Prince William's grandfather, Prince Philip, was caught using the F-bomb back in 2015 during a photo-op.

Whatever he said, we always appreciate any realness from the duke.