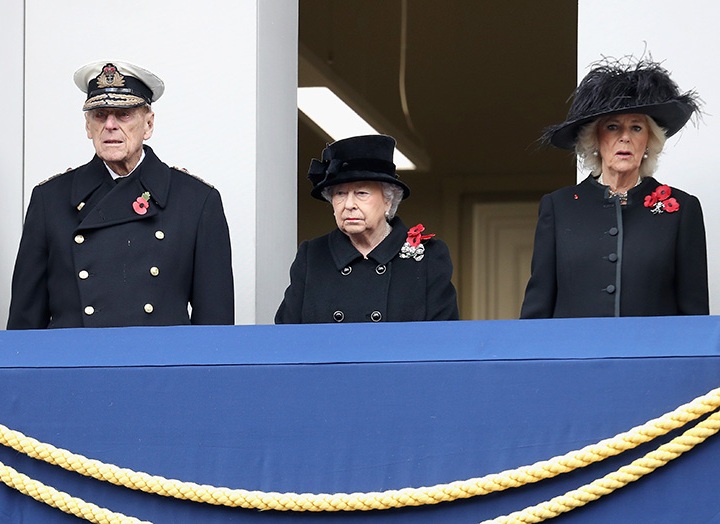 Prince Philip is (temporarily) leaving retirement, so he can pass a highly coveted torch to Camilla Parker Bowles.

The Duke in Edinburgh, 99, is set to partake in a rare public engagement on Wednesday, July 22. The retired royal will attend a ceremony at Windsor Castle, followed by another event at Clarence House, which is where he’ll greet the Duchess of Cornwall, 73.

The outing is in honor of Prince Philip, who is officially giving up his role as Colonel-in-Chief of The Rifles. The duke is passing his duties to Bowles, who will become queen consort when her husband, Prince Charles, takes over the British throne after Queen Elizabeth.

Buckingham Palace announced the news in a statement, which read: “The ceremony will begin at Windsor Castle where four Buglers, of The Band and Bugles of The Rifles, will sound The Rifles Assembly call upon the arrival of the Duke of Edinburgh. The Assistant Colonel Commandant, Major General Tom Copinger-Symes, will offer the salute and thank the Duke of Edinburgh for His Royal Highness’ 67 years of support and service to The Rifles, and their forming and antecedent Regiments.”

Still, Prince Philip’s hand-off to Bowles should come as no surprise to royal aficionados, since the Duchess of Cornwall has been associated with the regiment since 2007. (She’s the Royal Colonel of 4th Battalion.)

It’s rare to see a Prince Philip sighting in the wild, so we highly recommend you mark your calendar.