While it’s no secret that little Louis bears an uncanny resemblance to his two siblings—Prince George (5) and Princess Charlotte (3)—we’re more fixated on how he looks nearly identical to his dad at age 1.

In fact, we did some digging and discovered an old baby photo of Prince William that proves the royal is taking after his father’s looks. 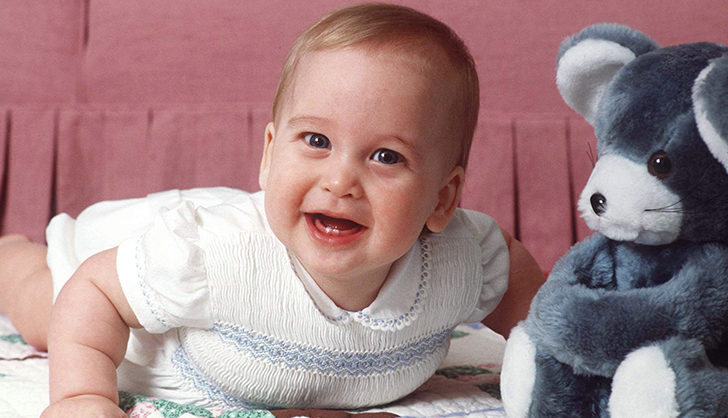 The pic was taken in 1983, just one year after Prince Charles and Princess Diana welcomed their first child. In the snap, Prince William is enjoying tummy time at Buckingham Palace while staring directly into the camera.

If you look beyond the dated furniture, there are several similarities between the father-son portraits. Not only do they have the same eyes, but they also have matching baby teeth. (Teething FTW.)

While it’s been months since we last got a glimpse of Prince Louis, this isn’t the first time Middleton has shown off her photography skills. After studying the art at the University of St. Andrews (where she met William), the duchess took it up as a hobby, which she regularly showcases on her children’s birthdays.

It appears Prince William finally got his mini-me.