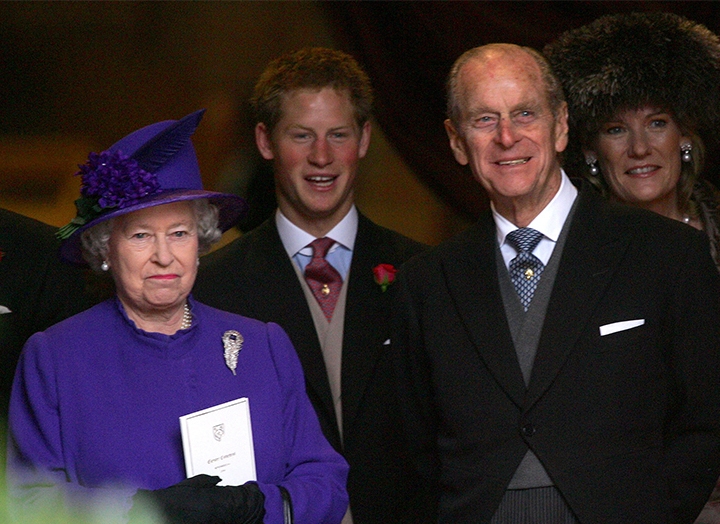 The Duke of Sussex participated in the new documentary—Prince Philip: The Royal Family Remembers, which is set to air in the U.K. tonight on BBC One—and opened up about what he remembers most about his grandfather and grandmother’s “incredible bond.”

“[I] miss him more for my grandmother because I know how incredibly strong she was with him there. I also know she will be OK without him. The two of them together were just the most adorable couple,” Harry said in the doc, per People. “To me, knowing the cheekiness of him and knowing that behind what the world sees you have two individuals who were very much in love and both, from a very young age, have dedicated their life to service—that is an incredible bond between two people.”

He continued to reminisce about Philip’s love for flying planes and how Her Majesty would often join him, stating, “I can just imagine my grandmother sitting in the back of a plane, having a cup of tea, going through turbulence and going, 'Oh, Philip! What are you doing?’”

In addition to Harry, the film also includes a handful of appearances from other members of the royal family, including Queen Elizabeth and Prince Philip’s children—Charles, Anne, Andrew and Edward—as well as Prince William.

“For the first time on television, more than a dozen members of the royal family offer their personal thoughts and reflections as they pay a historic tribute to the extraordinary life of His Royal Highness Prince Philip Duke of Edinburgh,” BBC announced in a statement. “The documentary-makers have been inside Buckingham Palace to meet the Duke’s long-serving staff and to capture his study, private office and library, exactly as they were during his seven decades at the heart of royal life. There are poignant recollections, plenty of humour and numerous fresh insights into the character and legacy of this royal pioneer.”

We have a feeling we’ll need tissues for this one.