There’s no denying that Prince Philip’s funeral was packed with sentimental moments. However, the reunion between Prince Harry and Prince William was one of the most highly anticipated from the event.

Since the small ceremonial service on Saturday, which was held at St. George's Chapel at Windsor Castle, royal fans and followers have been discussing all aspects of the Duke of Cambridge’s interaction with his brother, the Duke of Sussex. No stone was left unturned, from their places in the procession line to their body language and conversations after. Lucky for us, PureWow’s own Royally Obsessed podcast hosts had the opportunity to speak with Omid Scobie, author of Finding Freedom and co-host of ABC’s The Heirpod podcast, on the subject. 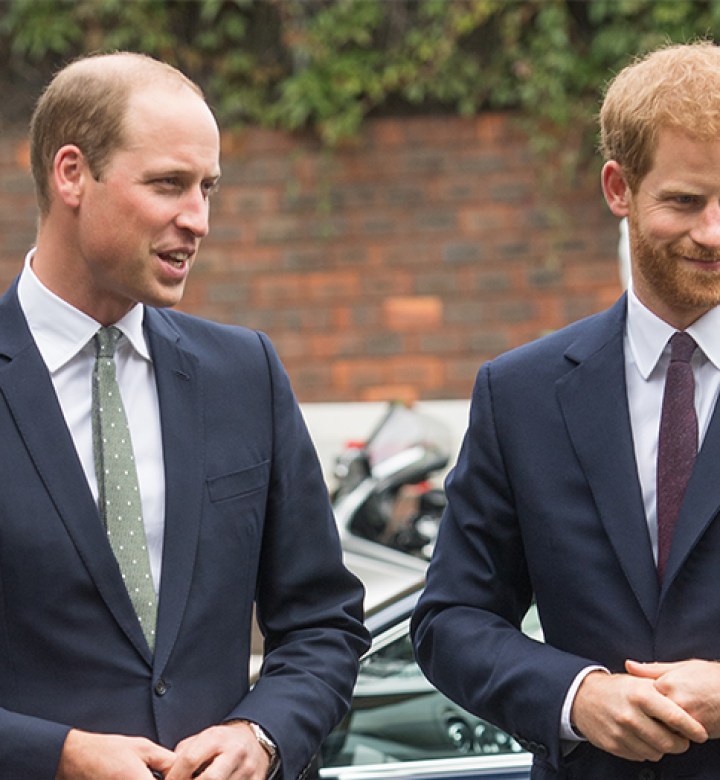 “So much focus went onto who was standing next to who in the procession and where everyone was seated inside the chapel and people were really reading into what it meant and did it mean that the brothers were still at war. Anyone who has followed royal events long enough knows that there’s a reason for everything,” Scobie said during the new episode. “When we saw that procession lineup, with Peter Phillips in the middle, you could kind of see just with the children of Prince Philip in front of them in pretty much in age and rank order, but of course, behind them, you’ve got the grandchildren who of course were sort of in age order themselves, the eldest grandchild in the middle flanked by the next two, so to me, it just didn’t seem like it spoke to anything about the state of their relationship.”

According to Scobie, it was the natural moment between the brothers when they stepped out of the chapel after the service that said more about the relationship and what’s to come. As they began walking up the hill to Windsor Castle, the two princes had a short moment to speak together alone.

“What did, of course, was that moment afterward, which was very organic—we had it in our notes that they were leaving in cars, it was a nice day and it made sense that everyone walk-up; it’s only about a six-minute walk and would have seemed perhaps a bit stiff if everyone left quietly without really giving the public a moment to really see how the royal family are doing and how united they are in that very moment—I think leading that, of course, was that moment between the brothers.”

He continued, “I think it has spurned a lot of ridiculous stories about peace talks and family summits and all the rest of it and, look, I’ve been speaking with sources here and there throughout this time without intruding too much and it really seems like that’s not the case—this was a moment where family drama was put to one side and I think everyone’s capable of that; we often heighten things on the sort of reporting side of things, but actually it’s very easy in a moment like that to not think of their own issues and really just think about supporting the queen and supporting each other, but I think it’s the image—alongside the image of the queen inside the service itself—the image of the two brothers together is another one that we’ll see used again and again as the story continues to develop. I know this was certainly an ice breaker, despite not getting deep into the issues that have troubled their relationship for some time and the same goes for Harry and his father. They were at least able to break the ice and take that step forward so that next time there will be an opportunity to really talk about it without the awkwardness.”

We’ll be patiently waiting for that next time.

Listen to the full episode of Royally Obsessed below.