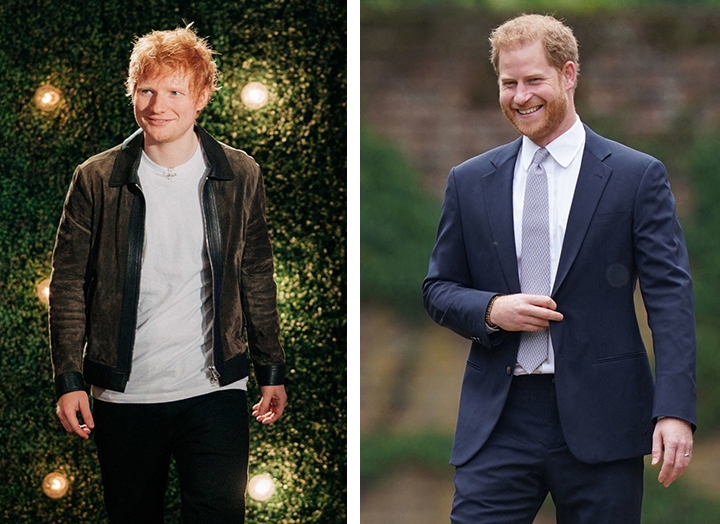 While we were so focused on Prince Harry’s highly anticipated reunion with Prince William at this week’s Princess Diana statue unveiling, we almost missed the fact that he attended a separate engagement the night before.

Yup, during his brief trip to London, the Duke of Sussex made a surprise appearance at the WellChild Awards on Wednesday night. Harry, who is a patron and longtime supporter of the organization for children who have serious illnesses, attended a private garden ceremony along with a handful of other guests, including Ed Sheeran. The 35-year-old father of two even gave an unexpected speech.

“Since becoming patron of WellChild in 2007, this organization and the people within it have held an extraordinarily special place in my heart,” he said per Harper’s Bazaar. “I wasn’t a father at the time, and yet the stories of these children and parents transcended that. I didn’t need to be a dad to feel the impact of this invaluable work. Now as a father of two, I feel all the more connected, inspired and in awe of the resilience of these families, who power through indescribable challenges with the support of WellChild.”

During a separate portion of the event, Harry and Sheeran spoke about their growing families. Per Hello! Magazine, Sheeran, who became a father to his daughter Lyra last year, took the opportunity to congratulate his pal on his newborn daughter, Lili, and what it’s like having two children instead of one.

“Congratulations, a girl right? We just had a little girl ten months ago now. You're still in the trenches now! How do you manage with two?” the musician asked per the outlet. “Two is definitely a juggle,” Harry reportedly replied.

And that wasn’t the only time the prince’s newborn was mentioned. Speaking to another guest later, Harry said of Lili: “We've been lucky so far, she's very chilled and seems happy to just sit there while Archie is running around like crazy.” (We knew Archie would be the best big brother.)

Now we just need a playdate between Lili and Lyra.