Buckingham Palace just got a special visit from the one and only “Scary” Spice.

According to People, Mel B received an MBE award (the highest honor given to a Member of the Order of the British Empire) from Prince William at an honorary ceremony held at Buckingham Palace on Wednesday.

The medal was given to her for donating to charities aimed at helping domestic violence survivors. The British singer became a sponsor for an organization called Women’s Aid after suffering emotional and physical abuse from her ex-husband, Stephen Belafonte. 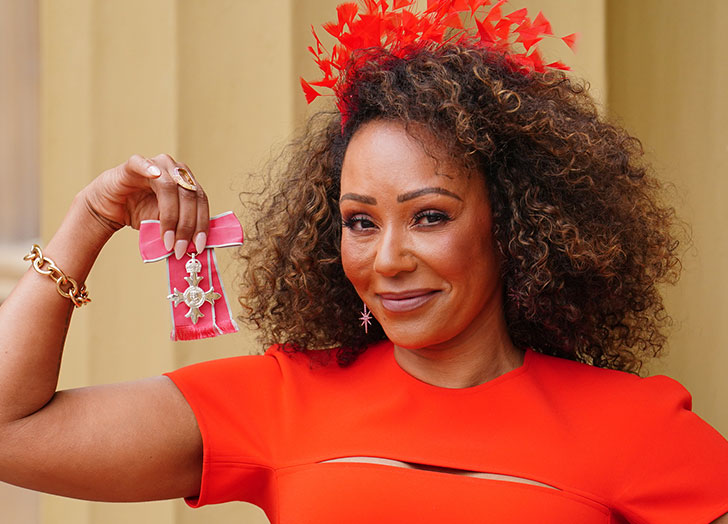 During her acceptance speech, the former Spice Girl dedicated her award to women who have fallen victim to domestic violence. “I never thought I would be here getting this MBE for the work I've been doing,” she said. “It’s amazing to have but it’s not just for me—it’s for all those other women.”

She continued, “Especially because of COVID, there's been such an epidemic of domestic violence, that’s been completely on the rise, and you know I’ve got an army of women behind me that need help and need to be heard. So, I’m their voice because we've all been through exactly the same story, so I don't take it as it’s my award because it's our award because we’ve survived.”

The official Instagram page dedicated to the royal family shared a BTS video from the awards ceremony. The short clip gave viewers an exclusive glimpse of the celebration, including the very moment Mel B received her award from the Duke of Cambridge.

The caption read, “Come behind the scenes at the first Investiture at Buckingham Palace in over two years. The Duke of Cambridge and The Princess Royal both awarded Honors today, with the ceremony taking place in the Throne Room—where an Investiture last took place in 1904.”

Congratulations on your honorary award, Mel B!

Happy 11 Year Anni, Will & Kate! #TBT to the Wedding Moment That Made for the Best Meme