Having a ruff day? Meghan Markle just made her second appearance in three days. Yep, that means we're getting alllll the #bumpdates from the six-month-pregnant duchess.

On Wednesday, Markle stepped out for a visit to one of her new patronages, Mayhew. The animal rescue organization hits close to home for the duchess, who previously owned two dogs in Toronto before she moved to London to be with Prince Harry. And the photos of the duchess, who announced she's due in late April/early May on Monday, are positively "fetching" (get it?).

From volunteering to attending an event to becoming a foster carer ? do something amazing for animals in need and support the fantastic work of @TheMayhew: https://t.co/ZGwXSqUk83 pic.twitter.com/yFPxEWCp7X

The Duchess of Sussex meets @TheMayhew ex-resident Maggie (previously known as Truffle), with her new owner Emma. The Jack Russell puppy was rescued from a suspected puppy farm in October last year. pic.twitter.com/Am0g3VaR6g

Markle holds Minnie, the Jack Russell, as she chats with Mayhew volunteers. We wonder if she can feel baby Sussex leaping for joy...

One of Mayhew's main objectives is to provide shelter and care for the pets of people facing crisis. Markle's two dogs from her pre-royal life, Guy and Bogart, were both adopted from shelters. 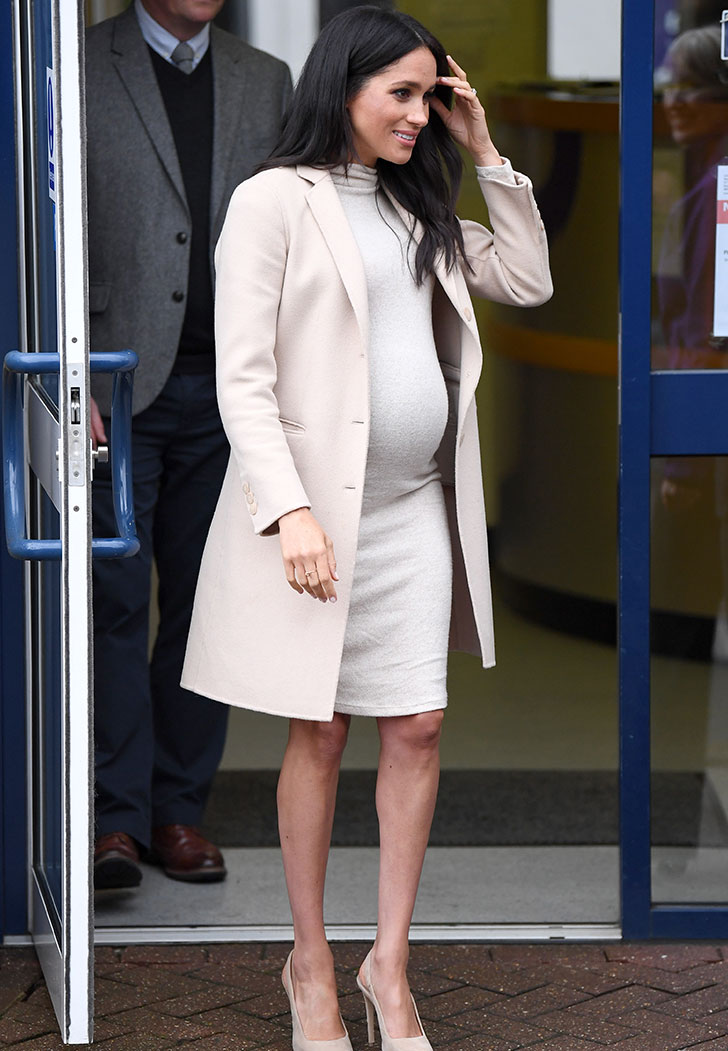 For the puppy playdate, the expecting mama wore a bump-hugging long-sleeve knit dress by H&M ($35) under an Emporio Armani cream cashmere coat (sold out, originally $2,187). 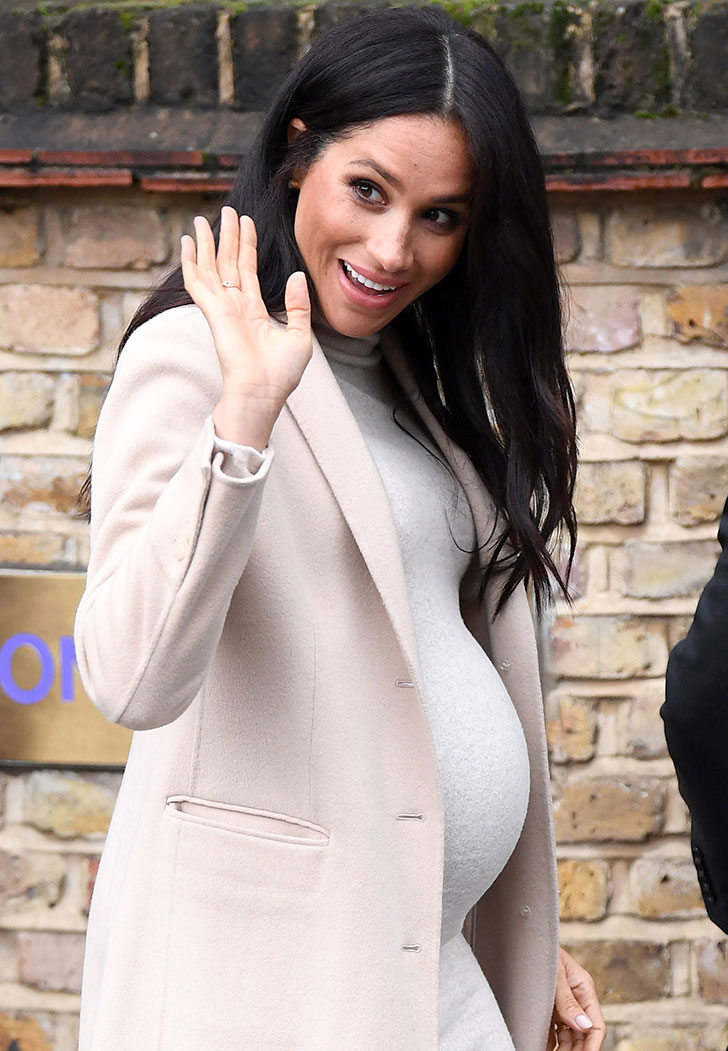 Duchess Meghan + cute puppies + baby bump = everything we need to get through the rest of the week.

Everything Meghan and Harry Will Be Up to in 2019