Were you silent, or were you silenced? Welp, if you’re the black and white gown that Meghan Markle wore during her infamous interview with Oprah Winfrey, you’re neither—you’re the 2021 Dress of the Year.

The award comes from Bath, England’s Fashion Museum, and it’s no small honor. Each year since 1963, the Museum has asked a fashion journalist to select a dress or outfit that best represents the most important new ideas in contemporary fashion. For 2021, editors from the British style magazine Dazed chose Markle’s black and white silk georgette Giorgio Armani dress. 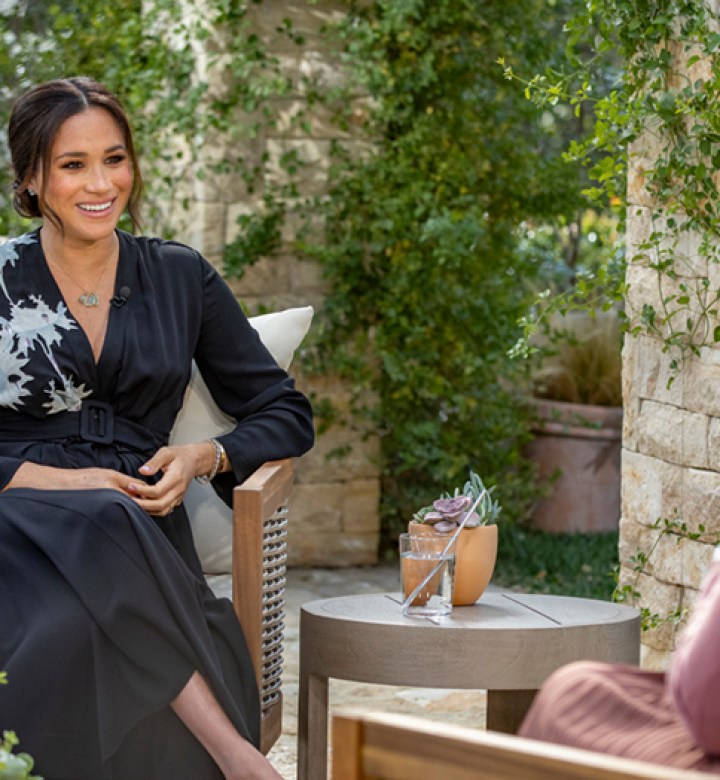 You might recall, the dress features a deep V-neckline, white lotus flower embroidery and a floaty, belted silhouette. Markle, who was pregnant with daughter Lilibet at the time, finished the look with a pair of Aquazzura pumps, a Cartier Love bracelet and one of Princess Diana’s diamond Cartier bracelets. (All in all, the ensemble retailed for over $12,000.)

As for why this look was selected as Dress of the Year? As the editors explained to the Museum, “Meghan’s wrap dress by Armani, worn to showcase a divine pregnancy, framed the Duchess in black against the bountiful landscaping of Tyler Perry’s Hollywood garden. This look now, through sheer association with a viral television moment, is firmly engrained in our pop culture psyche.”

One theory was that the Duchess of Sussex chose a lotus motif because of the flower’s symbolic association with rebirth, self-regeneration and spiritual enlightenment, and its ability to flourish despite seemingly challenging conditions. (It checks out if you consider the ensuing revelations about Markle’s negative experiences at the hands of the British royal family.)

Armani has donated a version of the dress to the museum’s exhibit, ‘A History of Fashion in 100 Objects,’ and as of February 22, it’s on display for visitors to see up-close.

We’ll see you at the museum.