Is Leah Remini About to Reprise Her Iconic ‘Saved by the Bell’ Character in the Show's Reboot? 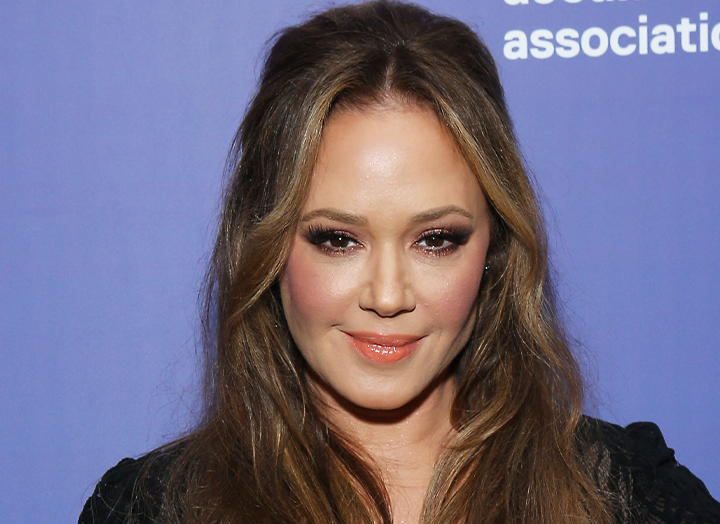 We all love a good reboot. But you know what's the best part of revisiting an old favorite?﻿ Seeing the original cast come back to reprise their beloved roles. (We're literally gritting our teeth in anticipation of the return of ﻿Sex and the City﻿ as ﻿And Just Like That...). ﻿On the list of successful remakes is ﻿Saved by the Bell﻿, which premiered on Peacock back in November 2020.

But the beloved classic wasn't a hit only because of its main cast. There were tons of memorable cameos that anchored the show's original run, one of which came from the powerhouse that is Leah Remini, who, according to executive producer Tracey Wigfield, has a fair chance of coming back. "I think we’ve done a good job of, when we have OG cast or guest stars from the original, using them in a meaningful way and not just having them come back and say a line," Wigfield told TV Line. "I’ve seen in the press that Leah Remini has said that she wants to do the show, which would be a dream of mine. So I would love to have her…do an arc where, obviously, she owns Malibu Sands now, she took it over as Mr. Carosi’s daughter.”

As you may remember, Remini played Zack's love interest, Stacey Carosi—a pampered, big-haired New Yorker who spent her summers working at Malibu Sands Beach Club, which was owned by her father. She crossed paths with the Bayside High School gang when they decided to spend their vacay in Malibu and landed jobs at the club where sparks flew (albeit slowly) between Zack and Stacey. In an effort to not divulge any spoilers, let's just say, their courtship didn't end well.

For Remini's part, the actress remembers her six-episode arc very fondly, and apparently, so do fans. "I got Saved by the Bell, and what was funny is, for a very long time in my career—[I had done] Living Dolls, Cheers, Friends—people would say, ‘I loved you on Saved by the Bell,’ and they still do!” Remini told Gosselaar while on the Zack to the Future rewatch podcast. “I did 207 episodes of The King of Queens, and people say, ‘Yeah, yeah, King of Queens, but Saved by the Bell.'”

Honestly, who do we have to call to make sure this happens?