Kate Middleton just launched one of her first royal patronages, and she did it while wearing one of her go-to outfits.

While there, Middleton met with patients, staff members and local students. She also attended a reception and unveiled a plaque, commemorating the new building. 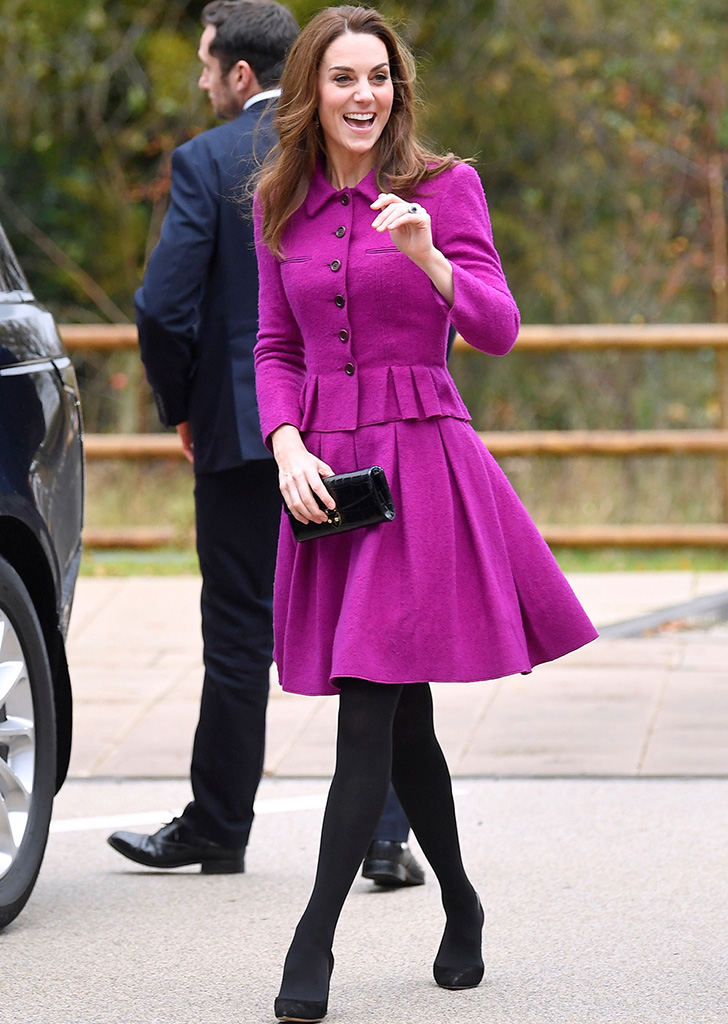 Middleton wore a fuchsia jacket and skirt by Oscar de la Renta. If the ensemble looks familiar, it’s probably because she wore the same outfit back in January when she visited the Royal Opera House in London.

The duchess’s appearance should come as no surprise, since she’s been a patron of EACH since 2012 and also facilitated the launch of the Nook Appeal, which helped raise £10 million (about $12.9 million) for the new facility. East Anglia’s Children’s Hospices specializes in providing care and support to families of children with life-threatening conditions.

We first learned about the outing earlier this month when Kensington Palace confirmed Middleton’s involvement. The announcement shocked some royal aficionados, since the duchess recently took some time off to care for her three children, Prince George (6), Princess Charlotte (4) and Prince Louis (1).

Nevertheless, her hiatus coincided with the kids’ autumn half-term break, which concluded in late October. So, it was only a matter of time before Middleton returned to her royal duties.