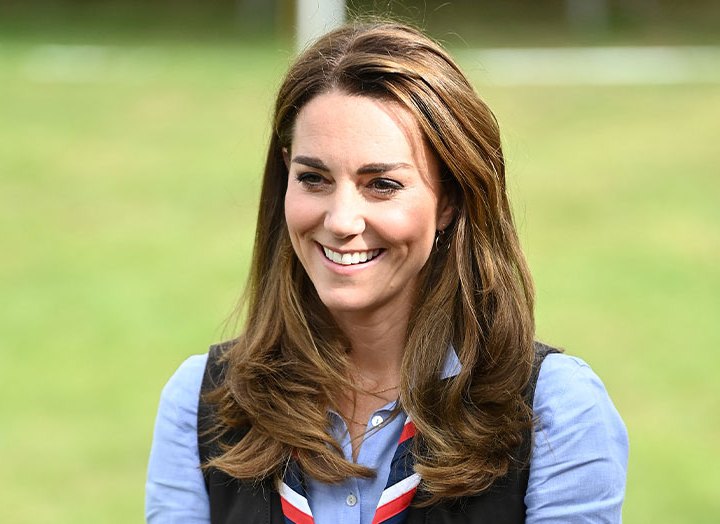 The duchess spoke with Ceri Edwards, a mother from South Wales who submitted a touching photo of her daughter, Poppy, hugging her dad for Middleton's Hold Still photography project. And during their talk, Middleton revealed that her 7-year-old, who happens to be in the same grade as Poppy, actually has a passion for volcanoes.

Edwards told Hello!, "The duchess was so down-to-earth and was so wonderful with Poppy. We talked about Poppy and Prince George being in the same school year and their current school topics [Poppy's is Brazil and Beyond and George's is The Active World - Volcanoes]."

Middleton also took time to speak with Poppy, who opened up about her father. Ceci shared, "She asked Poppy about her favourite topic at school and put her at ease. She asked Poppy how she felt when her Daddy had to go to work during the pandemic and Poppy said that she was very scared and worried about him, but very proud too."

The moving photograph was chosen among 100 final portraits, all of which have been shared on the Duke and Duchess's official Instagram page. The selections will also be part of an online exhibit hosted by the National Portrait Gallery.

As for why Kate chose this particular photograph, she told Ceri that it shows the "special bond between father and daughter" and reveals "the real emotion of the time."

The surprise call comes only a few weeks after Prince George and Princess Charlotte returned to school, after going through a few months of homeschooling during the pandemic. But is you ask us, it sounds like Prince George is already having a blast with his current studies (see what we did there?).