The Duchess of Cambridge, 39, recently joined her husband, Prince William, in Scotland for an official tour. During one visit, the royal couple greeted a group of students outside the European Marine Energy Centre in Orkney. While chatting with the children, Middleton demonstrated her tried and true trick for conversing with kids: She bent down to meet their eye-line. 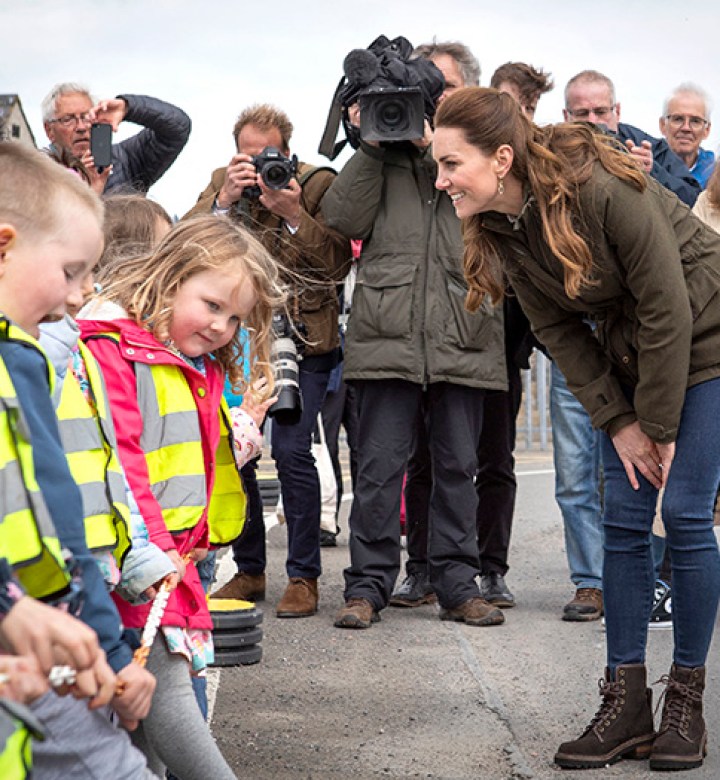 As we previously reported, Middleton has used this move on multiple occasions. Not only has she done it with her three children—Prince George (7), Princess Charlotte (6) and Prince Louis (2)—but she’s also done it with kids at royal engagements.

So, why is it a big deal? Well, direct eye contact is beneficial for two key reasons: 1. It encourages open communication. And 2. It allows kids to express themselves on equal terms. (Basically, the goal is to avoid asserting dominance, as demonstrated by Middleton.)

During the outing, the duchess opted for a casual outfit, which consisted of a brown zip-up jacket, skinny jeans and boots. Prince William, on the other hand, opted for an army green coat, trousers and dress shoes (natch).

Oh, and how can we forget about the priceless conversation that took place while Middleton used her go-to parenting move? According to Hello! magazine, one of the kids asked, “Are you a Prince?” The royal kindly shook her head before correcting the child, saying, “I’m not a Prince. I’m the Duchess of Cambridge. Lots of people call me Catherine.”