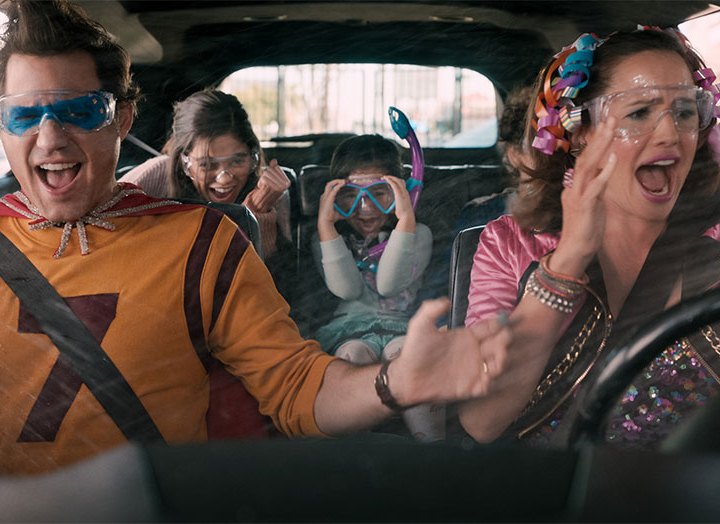 Jennifer Garner is fully embracing the power of "yes" in her upcoming Netflix film.

The streaming service just released the first official trailer for its new family comedy, Yes Day. The movie follows two parents who agree to say “yes” to all of their children’s requests for a day.

In the clip (see above), we’re introduced to Allison Torres (Garner), a strict mom who misses her days as a former thrill-seeker. She’s given the opportunity of a lifetime when her kids introduce her to the concept of “Yes Day.”

“If there’s one thing I’ve learned from being a mom, it’s that parents and kids always disagree on one thing: rules,” Allison says in the clip. “But saying ‘no’ 50 times an hour…it’s part of the job. But all of that is about to change.”

Cut to a montage of children-approved activities, including face painting with watercolors, throwing water balloons and driving through the carwash with the window open.

In an interview with Entertainment Weekly, Garner (who produced and starred in the movie) revealed that the idea for the film was sparked after she read Amy Krouse Rosenthal's book of the same name. In fact, it turns out that she and her character quite have a bit in common, since the book inspired her to periodically say "yes" to her own children (Violet, 15, Seraphina, 12 and Samuel, 8).

She revealed, “All of this started because I've done 'yes days' with my kids since my middle daughter was young. She loved that book so much! One day, she asked me if we could have a yes day and that it's all she wanted for Christmas and I agreed. It was before the trend really caught on. We started the tradition about eight or nine years ago and we've been doing them ever since.”

She added, “No matter what we do during our yes days, we always end it in a tent in our backyard playing a game of Chickenfoot, which we learned from Sarah Jessica Parker. That's a tradition you'll also see in the film.”

We'll be patiently waiting for the premiere on March 12.

Get new Netflix updates straight to your inbox by clicking here.