Is There Still Chemistry Between Hannah Brown & Peter Weber? Rachel Lindsay Thinks So 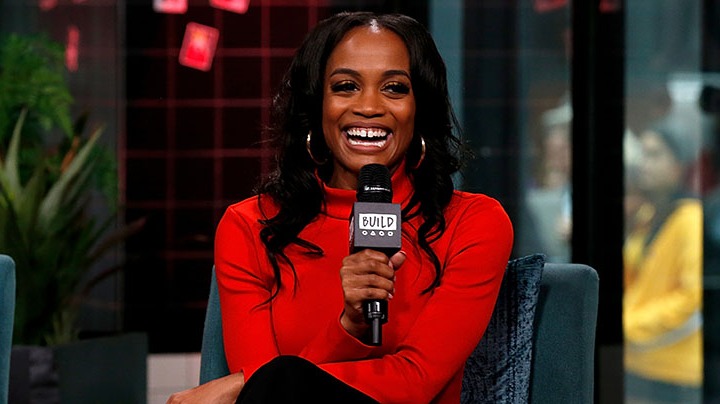 ICYMI, Hannah Brown is hosting a group date on Peter Weber’s season of The Bachelor. Although she’s not technically returning to date her ex-boyfriend, Rachel Lindsay believes there’s still chemistry between the former lovers, and her explanation might make you Team Hannah.

In an exclusive interview with PureWow, Lindsay discussed the highly anticipated season of The Bachelor, which premieres on January 6, 2020. When asked about Brown’s hosting gig, the former Bachelorette, 34, confirmed that it will undoubtedly lead to unwanted drama.

“I definitely think there’s going to be chemistry,” she said.

Why, you may ask? As someone who has been the Bachelorette, Lindsay admitted that it’s easy to develop feelings for the men involved.

“I know what it’s like to be the lead,” she explained. “When you bring people that far, people get very intimate and sentimental with you as far as expressing things from their past and their feelings and what they’ve been through. There’s always a connection that you have with those people.”

Lindsay, who recently partnered with Ideal Image MedSpa, went on to say that her experience was different, since she’s now happily married to Bryan Abasolo. “For me, I was engaged, so I moved on and moved past it,” she continued. “Hannah, we all saw what happened to her. First with Jed and then with Tyler. So, I can imagine seeing Peter, maybe you’d think, ‘Maybe I got it wrong.’ And then you see all these girls all over Peter.”

The former Bachelorette added that Brown’s arrival will probably elicit unresolved feelings, since she’s arriving on the first night. “I would just imagine that it’s going to trigger something in the both of them,” Lindsay said. “And she’s coming on the first group date, so that means Peter doesn’t really know these women yet, so that might trigger something in him, too.”

So, will Brown’s involvement create problems in the mansion? Or will she say, “Boy, bye!” after hosting the group date? January 6 can’t come soon enough.