Everything We Know About Hannah B. & Caelynn's Feud on ‘The Bachelor’ 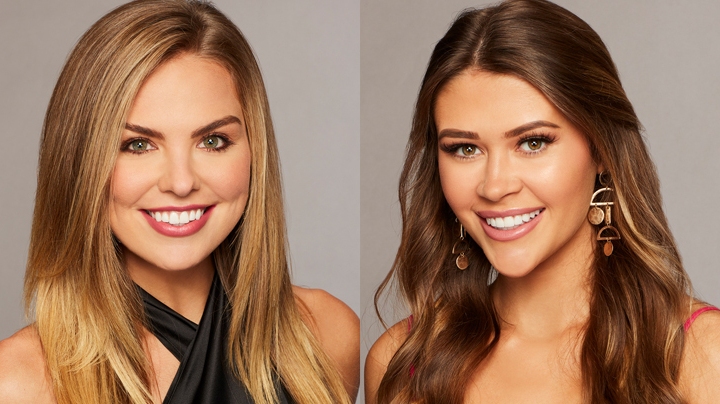 Last night’s episode of The Bachelor focused on two frenemies contestants: Hannah B. and Caelynn. They can’t seem to get their story straight on why they hate each other so much—and it’s reality TV gold. Here’s what you need to know.

1. They Were Roommates
Not only did they compete in the Miss USA pageant together, but they were also roommates during the process. Caelynn (Miss North Carolina) was the first runner-up, and Hannah B. (Miss Alabama) didn’t place. Just let that sink in.

2. The Green-Eyed Monster Struck
According to Caelynn, their friendship ended solely because Hannah B. was insanely jealous of her success in the pageant world.

“We were really close, and then I noticed when I was getting more attention in terms of Miss USA stuff is when she started to get into her head,” she told Colton Underwood.

3. Hannah B. Isn’t Over It
As much as Hannah B. doesn’t want to make this experience about Caelynn, she did. Things were fine until she cornered Underwood during the group date and accidentally gave him an ultimatum.

“If that’s what you want, then you don’t want me,” she said.

4. …And Neither Is Caelynn
Yes, Hannah B. totally started it, but Caelynn also fueled the fire. When Underwood sat down with her at the pool party, she wasted no time sharing her two cents about Miss Alabama.

She said, “It was, like, manipulation, deceitfulness and talking not kind things about me. It’s just such a pattern of behavior, and I’ve noticed it in the house, too.”

So, will their rivalry end in a two-on-one date? Only time will tell, but all signs point to yes. The Bachelor returns to ABC next Monday, January 28, at 8 p.m.

Hannah B.’s ‘Bachelor’ One-on-One Date Wasn’t as Awkward as It Seemed & Here’s Why