All eyes were on the British royals earlier this month when they attended the National Service of Remembrance at The Cenotaph. But there’s one family member who received the wrong kind of attention.

King Charles’s uncle, Prince Edward, suffered a minor wardrobe malfunction at the highly publicized event. At one point, the Duke of Kent appeared on the balcony next to Princess Anne’s husband, Sir Timothy Laurence. Prince Edward was wearing his military uniform, but it was noticeably missing a button.

The Duke of Kent sported an artificial poppy brooch, which honors those who've died at war. And directly underneath it, there was a hole where a button should be.

This isn’t the first time that Prince Edward had a wardrobe malfunction in the public eye. Earlier this year, he appeared on the balcony with Queen Elizabeth during Trooping the Colour. As Hello! magazine points out, the Duke of Kent’s sash was on backwards. Instead of spanning from his right shoulder to his left hip, it went in the opposite direction. 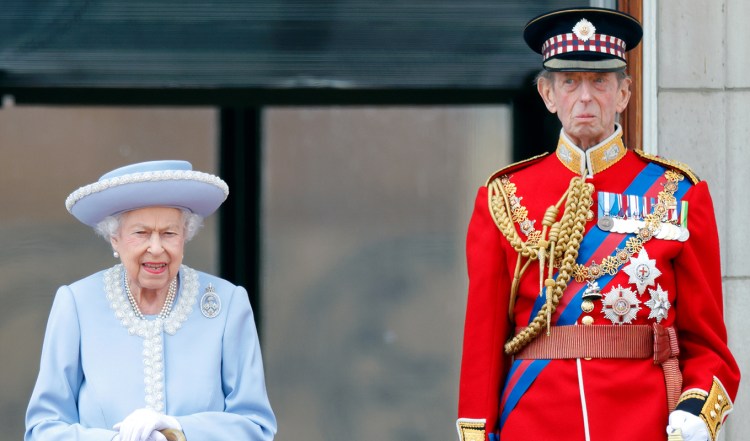 It's important to note that it’s an easy mistake to make because the placement depends on the event. For example, the sash is supposed to drape from the left shoulder to the right hip at Trooping the Colour. But for Order of Garter, it’s the opposite. (So. Many. Rules.)

At least it was nothing more than a button.