Have we been transported to Pawnee? That's what it felt like this past weekend, when Aubrey Plaza hosted Saturday Night Live and she welcomed surprise guest, Amy Poehler, as the two reprised their roles from the hit sitcom Parks and Recreation.

Parks and Rec fans were treated to the return of April (Plaza) and Leslie (Poehler) during a segment from “Weekend Update.” It all started when co-host Colin Jost said, “According to a recent study, local governments are having trouble hiring new employees. Here to encourage young people to get involved in local government is a long-time employee of the city of Pawnee, Indiana: April Ludgate.”

Transforming back into her lackadaisical character from the beloved sitcom, Plaza arrived dressed in a gray jacket with the hood pulled over her head. After saying “hi,” she sat there in silence before looking over at Jost and going, “What?”

In response, Jost calmly said, “Nothing. You said you came out here to talk about local government.” To which Plaza replied, “I will when you stop yelling at me.”

After telling young people to “get a job as a garbage man or something,” and claiming that “when you work for the local government, doing the bare minimum is doing your part,” Plaza was joined by Poehler, who came out decked in a suit just like one her character, Leslie Knope, would wear on Parks and Rec. 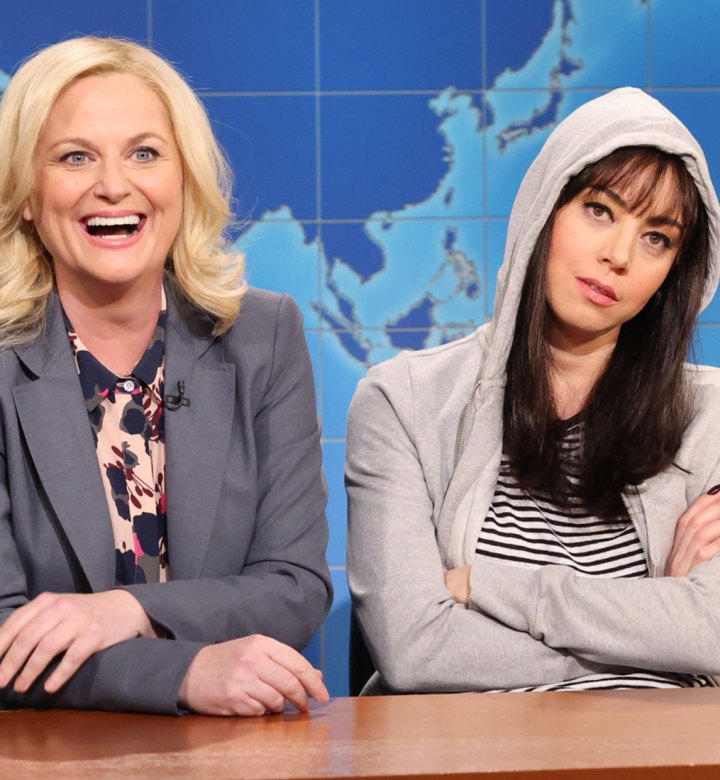 “Hi April! Hi Colin! Hi Michael Che,” Poehler exclaimed as she joined the crew at the desk. “Who knew there were cameras at SNL?”

Of course, Poehler used to work on Saturday Night Live and she even co-anchored “Weekend Update” from 2004 to 2008. But, while playing Leslie, she kept the bit going, asking Jost and Che what it was like to work on the sketch comedy. “Do you guys just sit around cracking each other up all day?” she asked.

She then took the joke even further, referencing her former “Weekend Update” co-anchor, Seth Meyers. “I used to watch this when Seth Meyers did it by himself with no one else,” she said. “And he made it look really easy.” She then ended the segment by taking Jost's seat and reading off one of the prepared jokes. 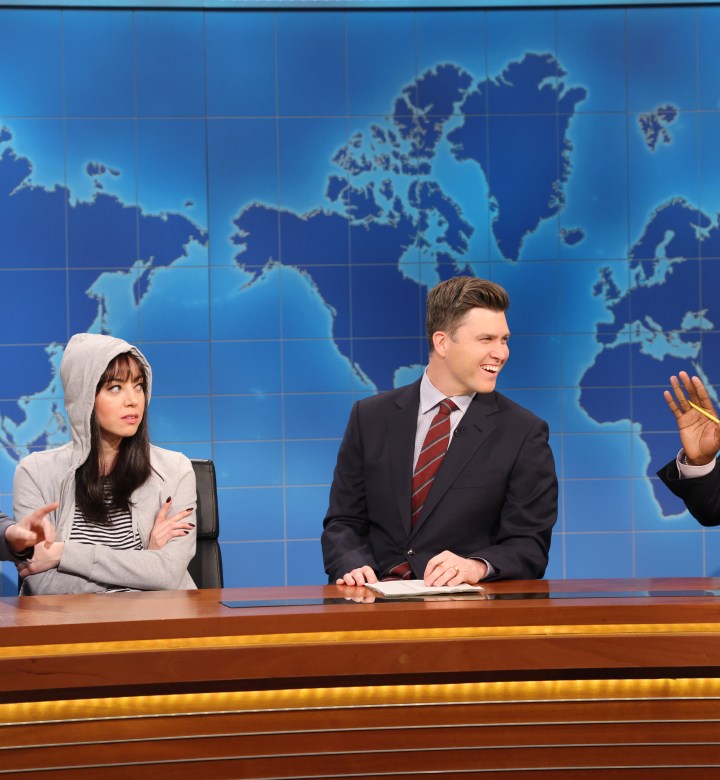 Now we desperately want a Parks and Rec reboot. Let's make it happen, you two.