Ariana Grande is testing out the theory that blondes really do have more fun.

The “Thank U Next” singer surprised her followers when she debuted a new blonde hairdo on Instagram yesterday. Grande wore her hair in a high-rise pony (with her half-moon tattoo fully in view). The caption read, “New earrings,” referring to the set of pearl studs.

Some of her followers started to speculate on the reason behind the new blonde ‘do with the best guess being that the change is due to the singer filming the Wicked movie. Per an October 2021 report by The Hollywood Reporter, movie production started in June 2022 in the U.K.

Lately, Grande has been posting a lot of behind-the-scenes photos and videos from set, so it’s safe to say the cast and crew are currently in the middle of filming. And her latest hair transformation led fans to wonder if Grande is changing things up to play Glinda. 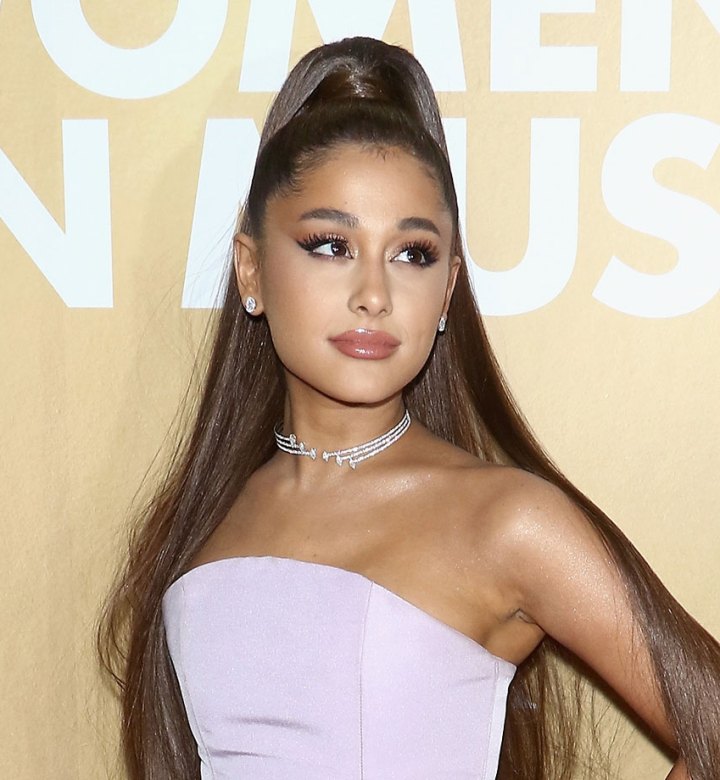 One fan commented, “GLINDA ERA!!!!” Another chimed in and said, “Glindaaaaaaa!!!!!!!” Someone even wrote, “Glinda energy,” with a bunch of shiny star emojis.

Grande will star alongside Cynthia Erivo (Elphaba) and Bridgerton actor Jonathan Bailey (Fiyero) in the upcoming musical movie. The adaptation will be directed by Jon M. Chu, who has brought us great films like Crazy Rich Asians and In the Heights. It will be broken into two parts, with the first one coming out in December 2024 and the second one premiering a year later.

Even if the new hair color isn’t for the film, we sure hope the blonde is here to stay because we (totally) love it.