Brad Pitt Gifted Angelina Jolie a Winston Churchill Painting, and She Just Sold It for Over $11M

Winston Churchill is typically known for his political career (and more recently, his portrayal on The Crown), but a lesser-known fact about the historical figure is that he was also a talented artist.

Well, Angelina Jolie knows this quite well, because she just sold a rare Churchill painting, titled "The Tower of Koutoubia Mosque," for a whopping $11.5 million. 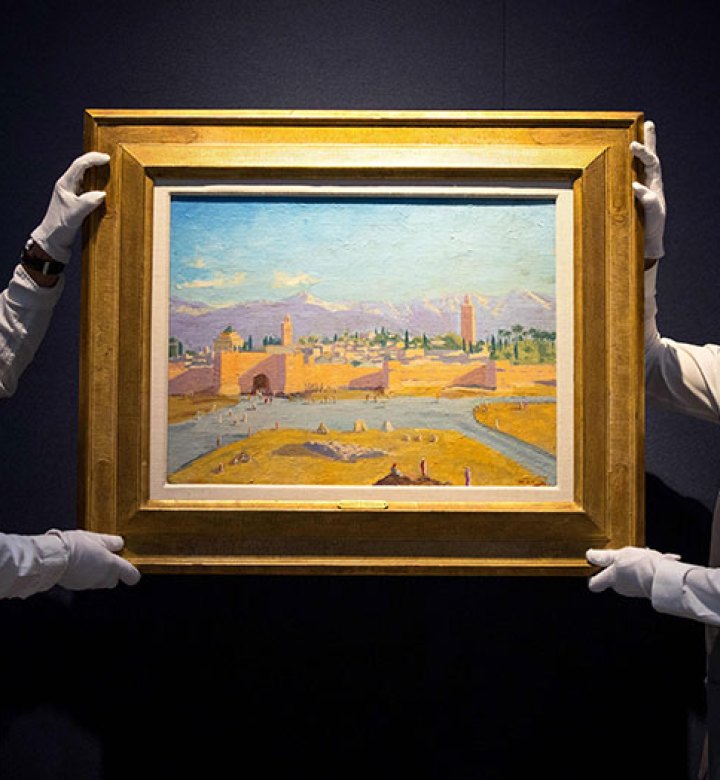 "The Tower of Koutoubia Mosque" ended up in Jolie's possession as a gift from her then-husband, Brad Pitt. Pitt bought the painting in 2011 from Bill Rau, a dealer who specializes in high-end antiques, fine art and jewelry. The work was created after Churchill attended the Casablanca Conference in 1943, and, according to Rau, "The painting depicts the very moment [Winston Churchill and FDR] shared as they viewed the majestic landscape of Marrakech as the sun set over the Atlas Mountains."

The artwork was originally gifted to U.S. President Franklin D. Roosevelt by Churchill during World War II, and it was the only painting that Churchill made during the period between 1939 and 1945. (Running a country during a world war, NBD.) According to CNN, President Roosevelt's son sold the painting to a filmmaker, and then it spent over five decades in a family's closet in New Orleans, before it was eventually taken to the Rau gallery.

When Jolie and Pitt separated in 2016, the work remained in Jolie's custody and went on sale March 1 of this year. And yeah, it sold for a staggering $11.5 million (£8.3 million)—more than three times its original $3.5-million (£2.5 million) estimate.

With works from Churchill increasingly in demand the past few years, it's no surprise that Jolie's sale was the highest a Churchill painting has ever sold. (The second-highest sale occurring at a Sotheby's London auction in 2014 for $2.75 million).

We've heard of clearing out gifts from exes, but it doesn't usually turn out quite like that.

Want to stay up-to-date on all things news and entertainment? Subscribe here.