The One Thing in the Bathroom Everyone Forgets to Clean

Ah, the humble shower curtain liner: It’s the thing you don’t give much thought to—until it’s visibly dingy, with hard water and soap scum stains, or worse, that “pink slime” (a strain of mostly harmless yet gross-looking bacteria) streaking it. And at that point, you may be wondering whether you should even bother scrubbing it—or just toss it and start over.

Especially in light of a 2021 study that found that shower curtains harbored far more bacteria than any other bathroom surface swabbed, including the toilet seat, shower floors and faucet handles. It wasn’t just a smidge dirtier, either—research found that shower curtains contained about 60 times as much bacteria as a toilet seat, with about 93 percent of those germs being gram-negative rods, which can be potentially harmful to people.

So, how often should we be cleaning it, what’s the best way to do so, and when should you flat out replace it? We thought you’d never ask. Here, a few quick answers.

Painting Your Bathroom *This* Color Can Boost Its Resale Value by $5,000

How Often Should I Clean My Shower Curtain Liner?

In an ideal world, you should scrub it once a month, or at least every three months.

OK, So What’s the Best Way to Clean—and Disinfect—It?

Cleaning it is as simple as spritzing it with all-purpose cleaner or a mixture of baking soda and water and wiping it down with a microfiber cloth, then rinsing. (You can find our full, step-by-step instructions here.)

Once it has been cleaned and allowed to air dry, you can disinfect it to get rid of most germs. (Since we’re not big on scrubbing any more than we have to, we like using Clorox Disinfecting Mist. It’s an aerosol- and bleach-free way to quickly get the job done.) 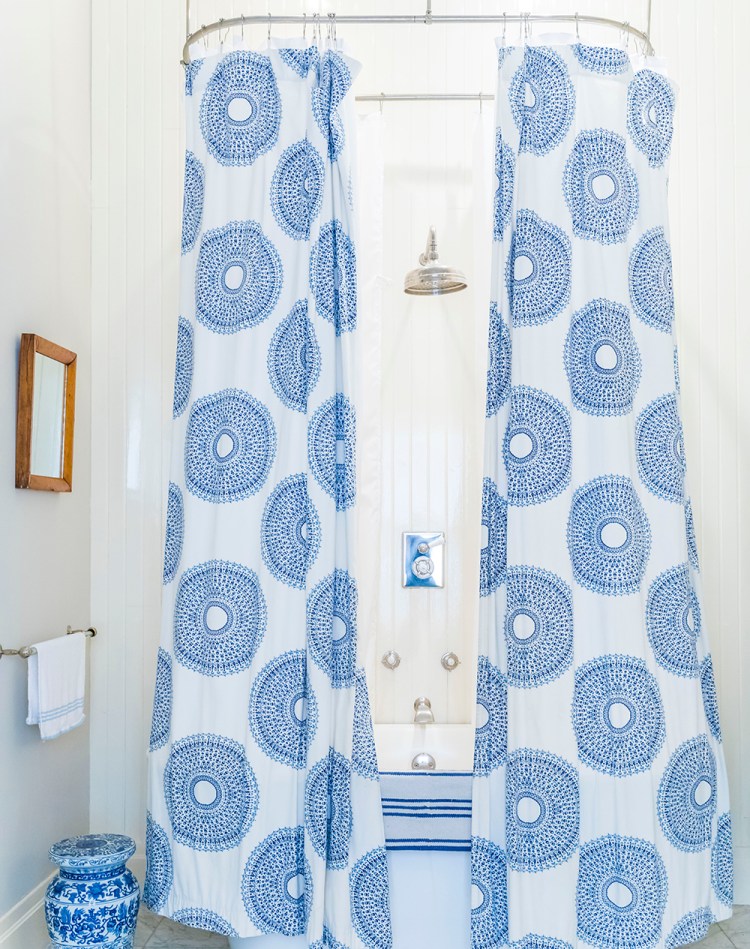 When Should I Replace It?

“It is recommended that the average person should change their shower liner every six months if the shower is used one to two times per day and there is some ventilation (such as leaving the bathroom door open),” recommends Megan Murphy, co-founder of Outlines, a home essentials company that specializes in shower curtains. If you live in an area with hard water, use the shower more than twice a day and don’t have great ventilation in your bathroom, you might want to replace it every three months. (On the other end of the spectrum, bathrooms with soft water, great ventilation and minimal use can get a solid nine months, she says.)

Beyond forgetting to clean our shower curtain liners, when developing Outlines’s all-in-one shower curtain systems, Murphy found that roughly, oh, zero percent of people were recycling their liners. (Most liners have a PVC base, making them impossible to break down and reuse in the traditional sense.) It prompted her to design a recyclable bottom liner that comes with a return mailer, so when it’s run its course, you simply mail it back and they handle the rest.

You can also opt for a biodegradable cloth curtain liner, instead of a plastic one. Cleaning it can be as simple as tossing it in the washing machine. Now, the hardest part will be actually remembering to do so, although after those sobering bacteria stats, it might be more top of mind. (And if it isn’t? There’s no shame in using a recurring iCal reminder.) 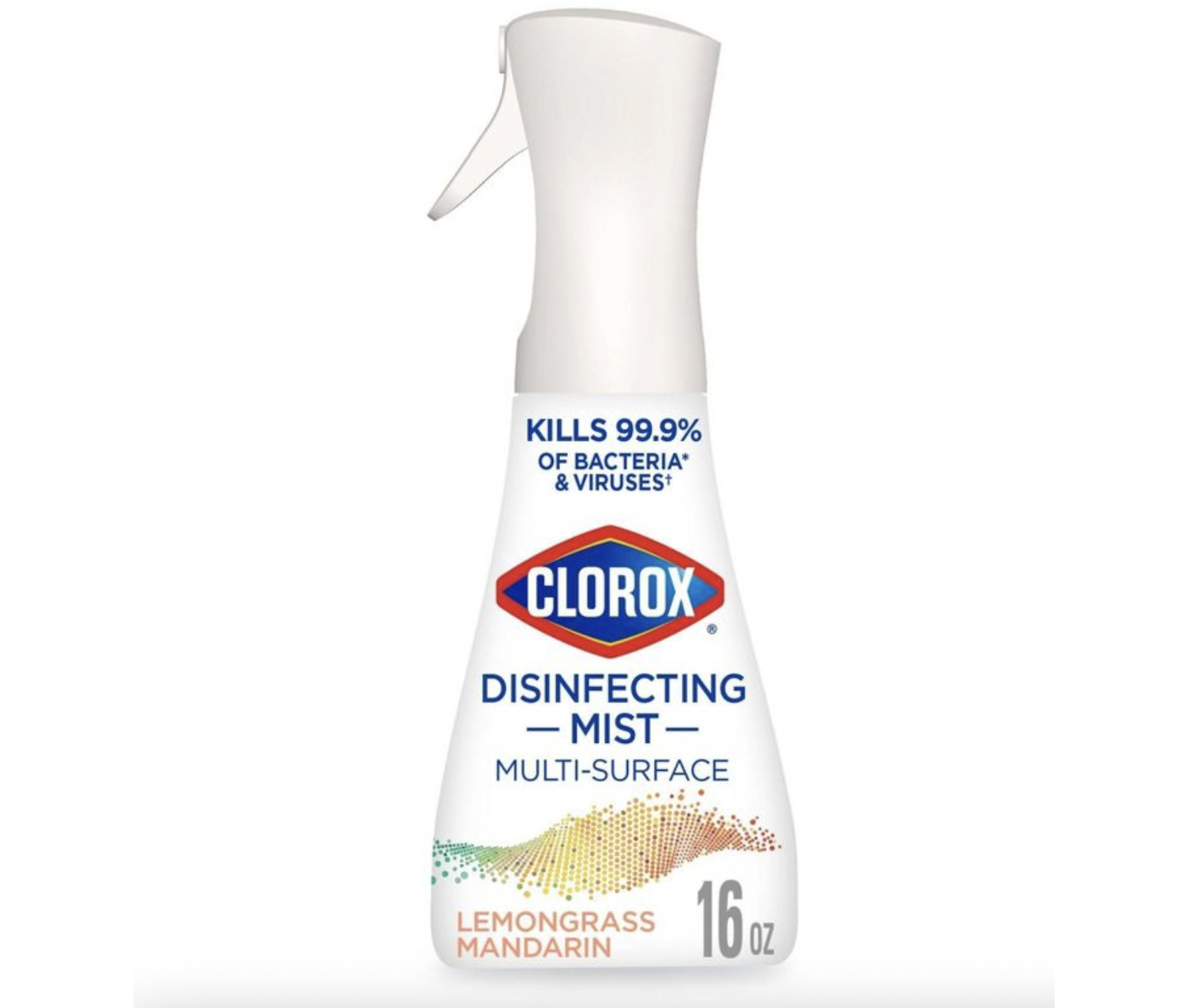 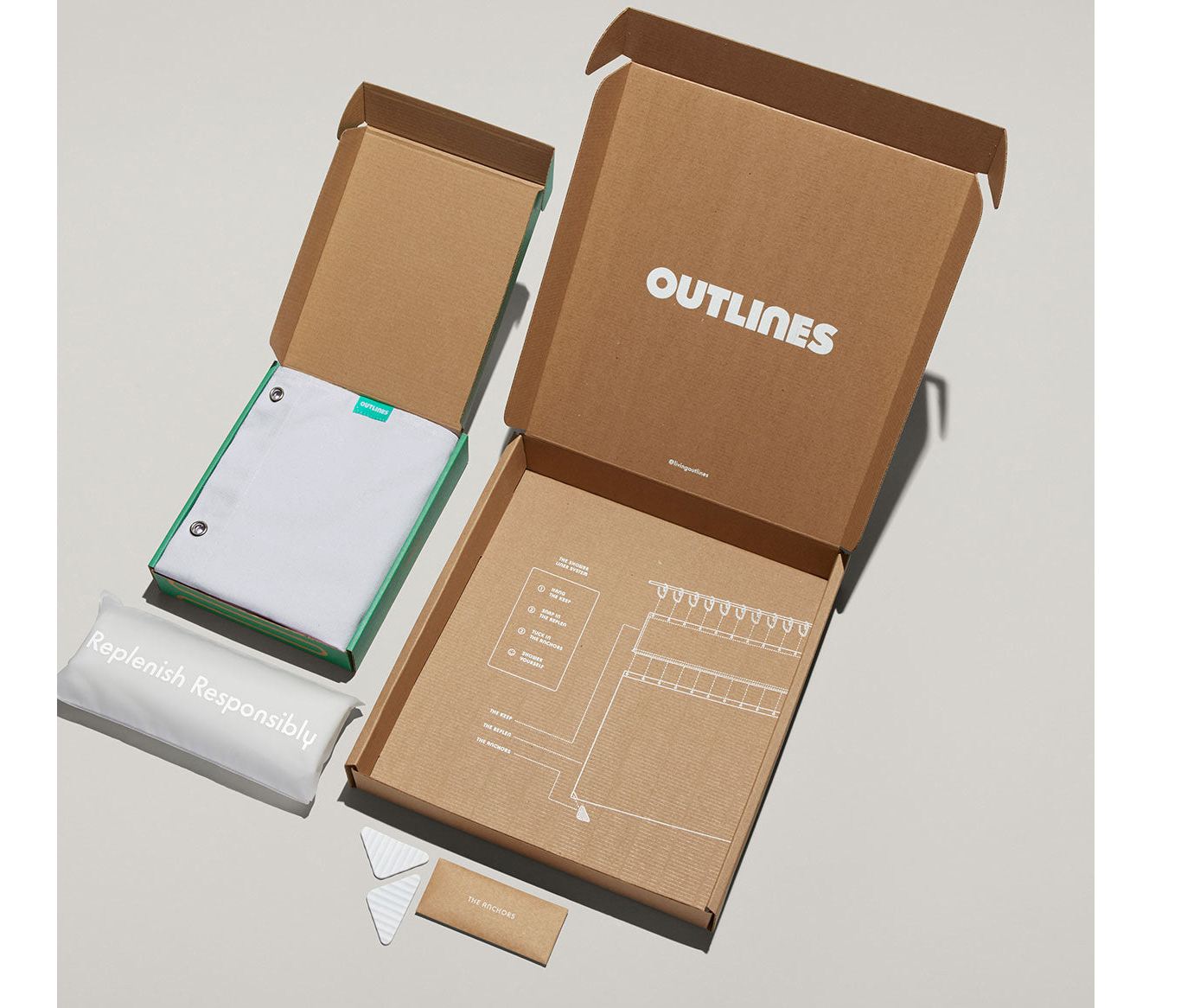 Vintage Halloween Decor Is Trending for 2022, and It’s So Much Creepier Than We Expected

The 20 Best Pumpkin Candles That Smell Like *Peak* Fall

12 Amazon Buys Our Readers Couldn’t Get Enough of This Month, from Shelf Dividers to an AirPod Cleaning Kit 

Pumpkin Spice-Scented Trash Bags Exist, So Even Your Garbage Can Smell Like Fall