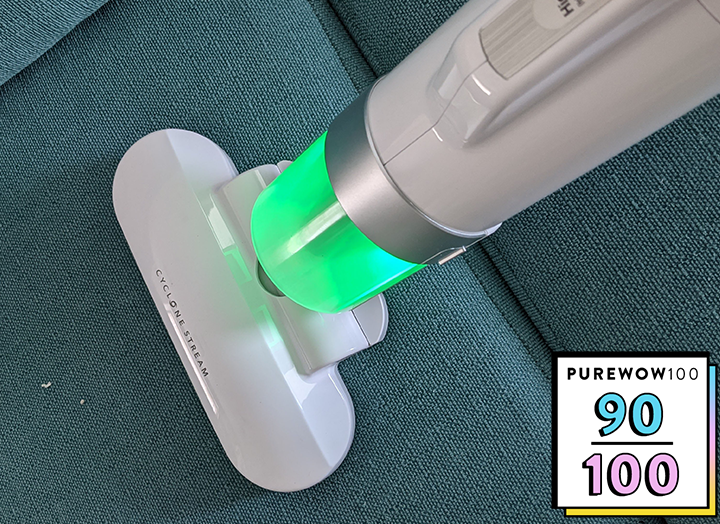 Just like Alton Brown despises single-use kitchen gadgets (sorry, strawberry slicers and meat-shredding claws), I’ve always been hesitant about super-specific home appliances. I don’t like the clutter. But after testing Iris USA’s mattress and furniture vacuum, I’m more than willing to make room in my closet for it. And more than a little embarrassed of how much grime it picked up.

While a normal vacuum will give your mattress a basic clean (something we’re supposed to do twice a year, apparently, to extend its lifespan), mattress vacs tend to have stronger suction, so they can extract finer dust and dirt particles. They can also cost as much—or more than—a regular vacuum. For $100, Iris USA’s design much easier on your wallet. It may not be as sleek-looking as Dyson and some other brands, but it makes up for its no-frills design with its cost, maneuverability and overall effectiveness. 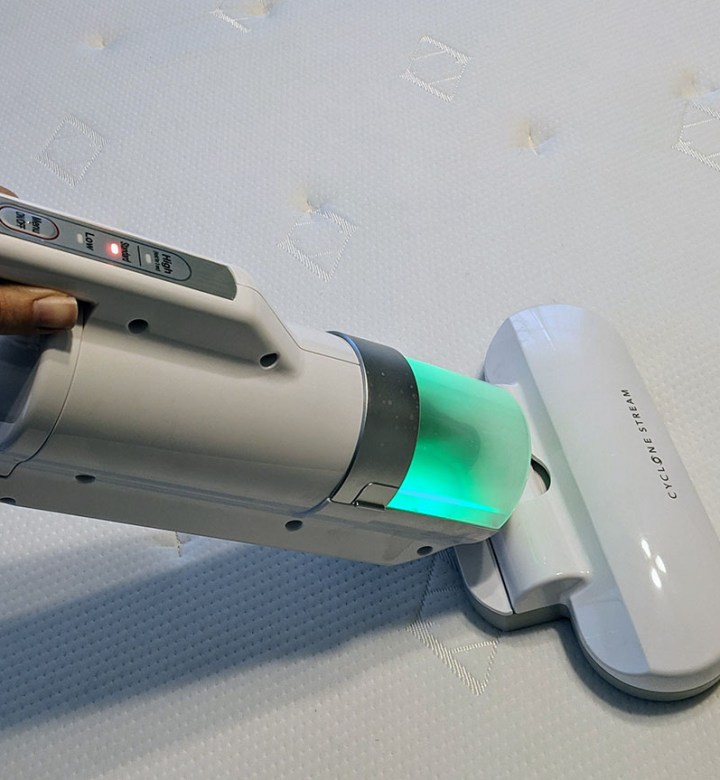 The machine itself features three suction settings—low, standard and high—but the coolest aspect is the translucent dust cup. As the dust sensor registers just how dirty a surface is, it glows red (Danger! Serious dust ahead!), orange (it’s semi-grimy) or green (it’s clean). There’s a certain odd validation from running the machine, watching it glow green most of the time—though don’t be fooled: When you empty the dust cup, it’ll be heavily coated.

As a test, I used my beloved cordless vac over my sofa, then tried the Iris mattress vacuum. I couldn’t see a thing on the sofa, but well, see for yourself. (Note: I am not proud of this. I just want to be horrifically honest with you.) 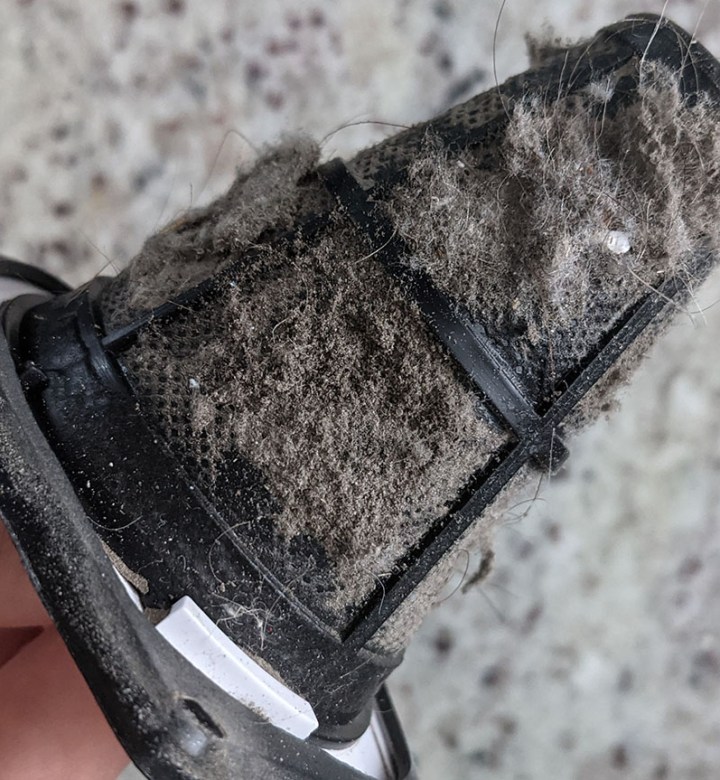 Its power lies in being able to suck up finer particles that a regular vacuum misses. That’s due to the one-two punch of the agitator, which shakes up the surface you’re vacuuming, releasing dust mites; and the cyclone stream technology, which is a very Tomorrowland-sounding way of saying “super strong suction.”

At less than 4 pounds and roughly 15 inches tall, it’s incredibly portable, making upholstery cleaning less of a dreaded task. (I found it so fascinating that I used the vac on my rug, too, though that was a bit tedious, given its short handle.) My one complaint is that it’s corded—after being spoiled with a cordless vac, I never want to be tethered again. But, in this instance, I suppose I’ll make an exception.