They descended so quietly most of us—perhaps even you, dear reader—didn’t notice them until they’d saturated the suburban landscape. No lawn, front window or aisle of HomeGoods was safe from their proliferation. We’re talking about the revenge of the gnomes.

Not the stone and ceramic creations that have fluctuated in popularity—to the point of being lampooned, with the invention of lawn ornament-gobbling T-Rexes and cheeky little guys that moon passersby—over the decades. This new, mass-produced iteration on Scandinavian folklore has a cuddlier glow-up; they’re stuffed, with their pointy hats and bushy beards obscuring their faces completely. They have more of a rustic, down-home charm, like something you’d pick up at a craft fair, only now you can find them at basically every major chain, from Walmart to Amazon. Also known as Tomte or Nisse, gnomes have been part of Swedish and Norwegian culture for centuries. So how did this take become so popular stateside as of late?

After feeling stalked by said gnomes—a recent trip to my local HomeGoods, for example, turned up no less than two dozen variations on said gnomes, including their likeness plastered on everything from mixing bowls to bath towels, I did some digging. While their exact origin remains a mystery, there are some key insights I gleaned to explain its meteoric rise over the past five or so years. 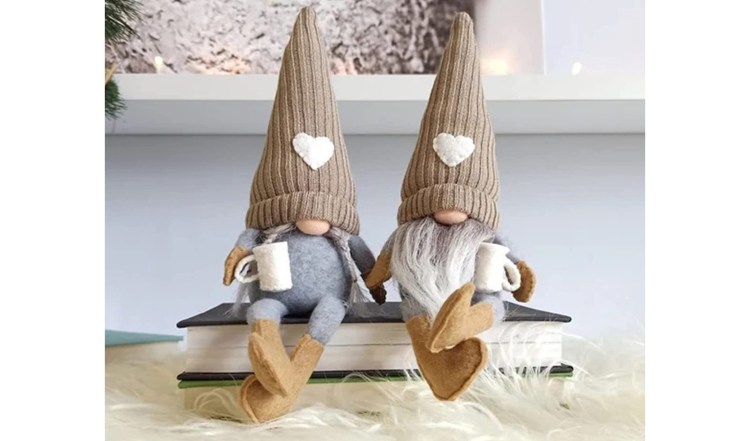 Their Design Is in Line with the Modern Farmhouse Trend

With their homespun appearance, these gnomes feel right at home with the aesthetic Joanna Gaines popularized over the last decade. And yet also, given gnomes’ roots in northern Europe, with the Scandi movement. Layer that in with the rise of cottagecore during quarantine, and you can see how the humble gnome could quietly gain widespread appeal. Plop one on a mantel or armchair, and you can create a cozy, friendly vibe instantly. It’s not a stuffed animal or doll; it’s decor.

Indeed, even one of the queens of modern farmhouse, Rae Dunn—known for her mugs and tea towels emblazoned with single words, like “eat” and “gather”—has embraced the stuffed gnome, creating a new subsect of her empire with stuffed pals letting you know that it’s “sweater weather” or time to “stay cozy.” It seems the gather sign has met its match. 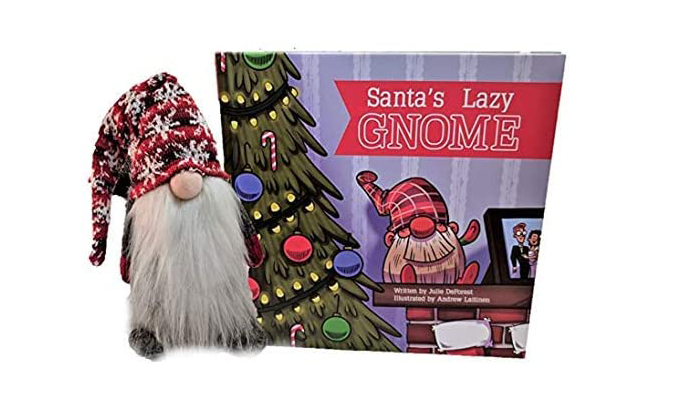 They Gained Traction as an Alternative to ‘Elf on the Shelf’

Every parent who’s participated in the nightly repositioning of the Elf on the Shelf knows that dreaming up new fun for the posable character to get into can feel like a part-time job—on top of everything else you need to do during the holiday season. So one Utah mom started creating and selling the Lazy Gnome, a stuffed guy with accompanying story that reinforces a similar message (be good for goodness’ sake) but instructs kids to pick a spot for the gnome to stay…all season long. Kids like it, because they can hug the gnome or play with it—a no-no for the Elf—and parents like its low-effort appeal.

Plus, gnomes look like Santa, and add to the whimsical vibe of the season, so it makes sense that 2010s decorating trends + (the lazy gnome x a desire for holiday magic) = a 1,350 percent spike in searches for “Christmas gnome decor” over the past five years, according to Google.

And Got the Royal Seal of Approval (Sorta)

There’s still one more factor that can attribute to its rise: the royal halo effect. We’ve seen how a handbag can sell out in minutes after Meghan Markle is seen toting it, or how polka dot dresses seem to be everywhere after Kate Middleton is spotted wearing them. Well, it seems the stuffed gnome may appeal to the next generation of royals, at least based on an Instagram post by Prince George, Princess Charlotte and Prince Louis’s grandmother, Carole Middleton: “I’m going to need a few of these cheeky chaps this December, to hide around the house and make my grandchildren laugh,” she wrote in November 2021, while sharing a photo of two stuffed gnomes in red and white attire. (Currently, those gnomes aren’t sold on her website, Party Pieces, though the company does offer gnome balloon bundles.) 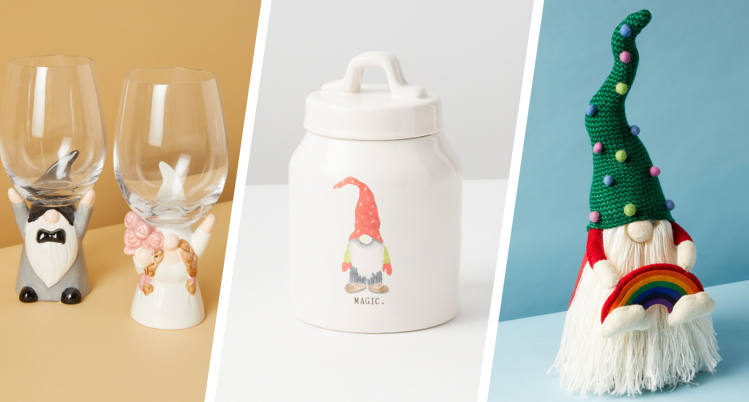 Yes, I just mentioned gnome balloon bundles. Because these figurines have transcended cotton and synthetic fiber filling; following the age-old marketing—and internet growth strategy—of constantly iterating on your biggest hits, companies are riffing on this cuddly look in all kinds of ways. And it’s not limited to turning them into candles, party decorations or emblazoning them on tea towels. There are now gnomes dressed for just about every holiday, passion and hobby, whether you’re a golfer or just really, really love coffee. (And, although rare, lady gnomes can be found too.)

It’s only a matter of time, at this point, before the T-Rexes and mooning stuffed gnomes emerge.

7 Interior Design Trends That Will Be Huge This Fall, According to a Home Editor

The 20 Best Pumpkin Candles That Smell Like *Peak* Fall

12 Amazon Buys Our Readers Couldn’t Get Enough of This Month, from Shelf Dividers to an AirPod Cleaning Kit 

Pumpkin Spice-Scented Trash Bags Exist, So Even Your Garbage Can Smell Like Fall