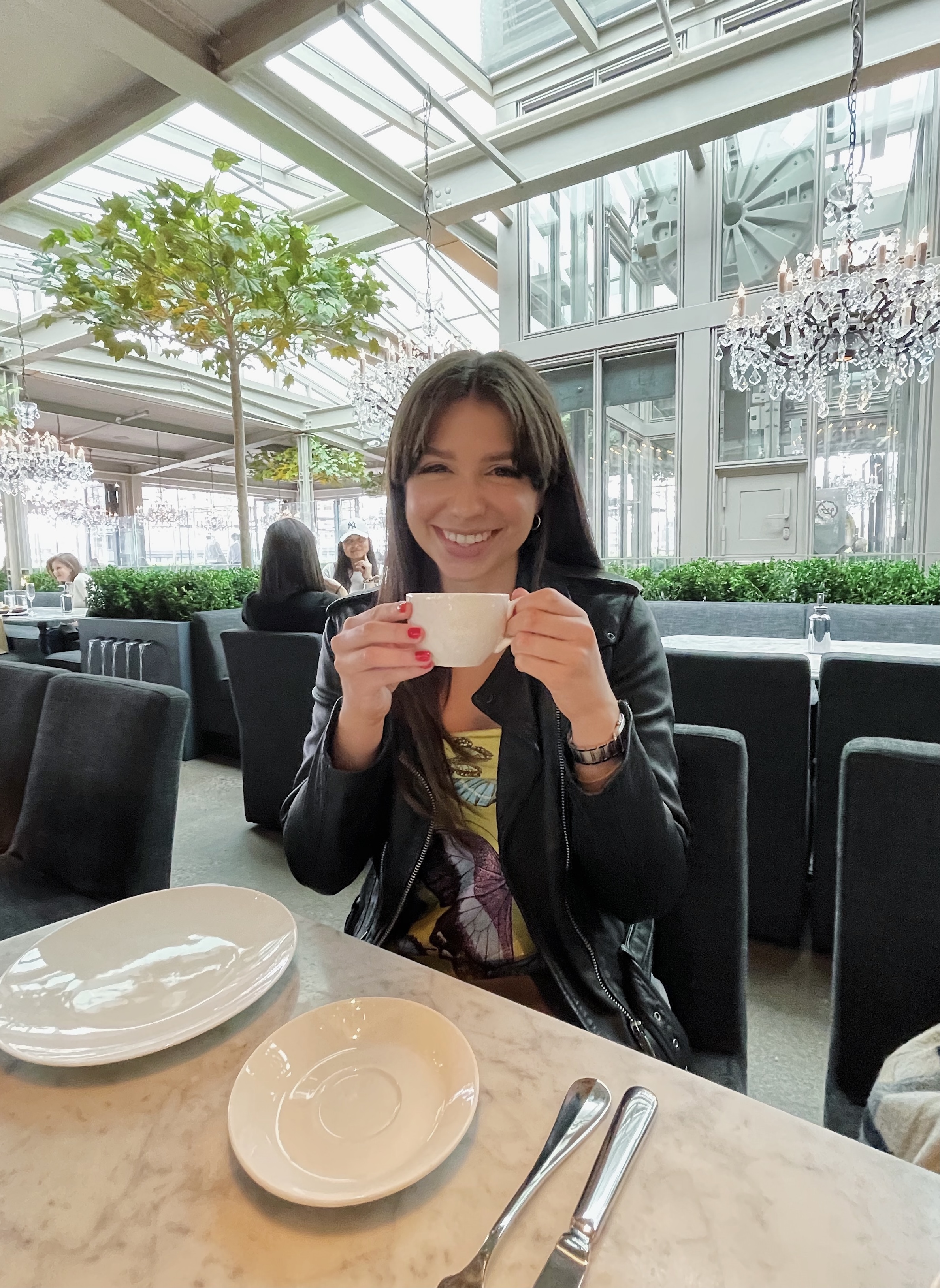 Courteney Cox just showed us this Monica-worthy hack that is oh-so-simple.

The 57-year-old Friends alum posted a video on Instagram, featuring herself in a relaxed ensemble of a white sweatshirt and blue jeans ready to clean a dirty blender in her kitchen.

The video shows Cox testing a cleaning hack for the first time. "I saw this cleaning hack on Instagram. Let's see if it works," she says.

Cox begins by pouring out the last of her smoothie from the blender and into the sink. "Rinse it," she adds while running the blender under the water in quick swirls. Cox proceeds to dump out the dirty water and follows it up with a few pumps of dish soap.

After adding in the dish soap, Cox fills up the blender a third of the way with water. She then places the blender into the machine, closes the lid on top and turns on the blender to let it work its magic.

For the final step, Cox dumps the soapy water and rinses the blender under the faucet before peering into the blender for a last inspection. "Well that's pretty genius," the star says before adding, "It actually is."

The caption read, "Cleaning hack that actually works." Stars and fans were quick to flood the comments with signs of approval and references to similarities between Cox and Monica Geller's cleaning shortcuts.

After watching Cox clean her blender without getting her hands dirty, there's no doubt about it...this cleaning hack is not just clean, it's Monica-clean!

Stay up-to-date on every celebrity news story by subscribing here.

home
by Destinee Scott
The Wayfair Big Furniture Sale Is Up to 50 Percent Off & We Found 12 Items That Won't Disappoint
home
by Karelle Mckay
Is the Viral Bissell Steam Shot Cleaner Really Worth the Hype? Here’s Our Honest Review
home
by Sydney Meister
The 5 Rules of Decorating a Bedroom in 2023
home
by Destinee Scott
Psst: We Have an Exclusive Coupon to Send Your Hunny Flowers From Urban Stems for Valentine's Day
home
by Sydney Meister
A Definitive Ranking of the 20 Best Scented Candles (From Diptyque to a Stellar $9 Find)
home
by Jillian Quint
I Spotted This Kitchen Design Trend in Every TV Show Last Year…So Clearly, I Had to Steal It