As Pastina Disappears, So Does a Lingering Connection to My Grandmother 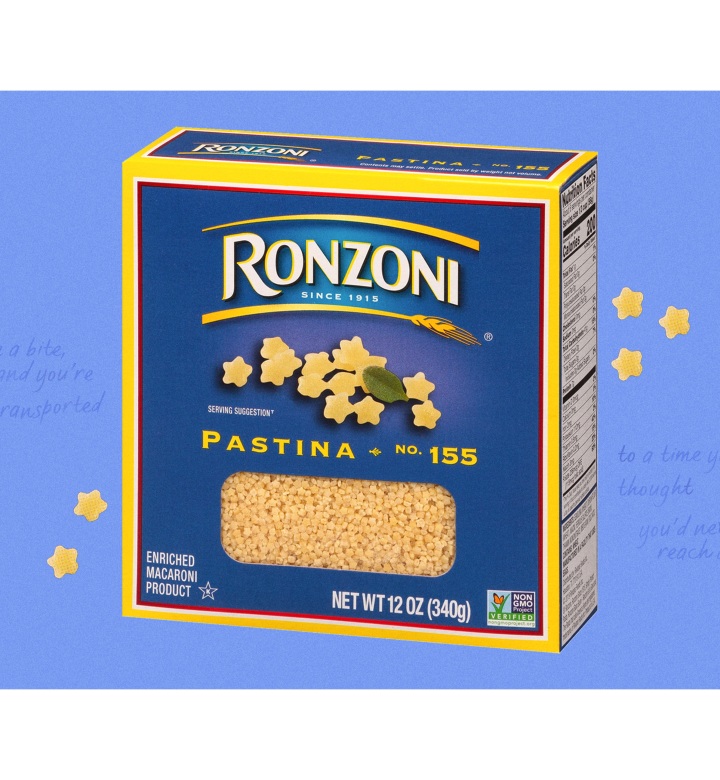 I had started to worry something was up when I couldn’t find that familiar, squatty blue box at any of my local grocery stores. What’s more, at two supermarkets, its spot on the shelf was gone altogether, swallowed up by the latest chickpea-based penne and keto noodles (yes, that’s a thing). Maybe there isn’t enough demand for it, I thought. Maybe it’s another supply chain issue; we’ve certainly had our fair share of them the past three years.

Then, on January 3, I had my answer: “After extensive efforts, we regretfully announce that Ronzoni Pastina is being discontinued,” the company announced via Instagram. Comments came pouring in, and so did headlines everywhere, declaring that people were “panicking,” “devastated” and “losing their minds.”

My heart sank, and I wanted to complain to anyone who’d listen about how bummed I was. And yet, the articles induced a rash of embarrassment. With so much going on in the world, was I really about to whine over the loss of tiny, star-shaped pasta? I had to sit with it a minute; I needed to unravel why this mattered so much to me, and to so many other people.

Translating to “tiny dough,” pastina is just that—the smallest pasta shape that Ronzoni has ever made, stars barely larger than the tip of a Sharpie. It’s often served in soups, or—as I knew it—swirled with butter as a simple alternative to plain noodles. The size made it a great first food for babies and toddlers, and for many Italian families, it was a pantry staple. (Though I’m not Italian, it was a staple in my household too.) 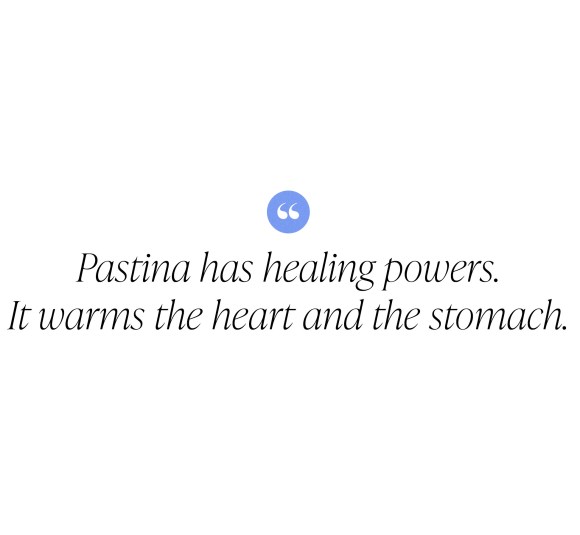 As any pastina fan knows, the magic of the pasta is its texture. Buttered pastina is creamy, a bit like polenta, only it’s less uniform. There’s a chewiness to it, since the stars retain their shape when cooked al dente. While other brands make pastina, it’s typically much harder to find, and Ronzoni’s ubiquity has given it a special status in fans’ minds.

“Pastina has healing powers,” Rossella Rago, author of Cooking with Nonna, writes in the headnote for her Stelline Pastina with Parmigiano recipe. Served as a soup—prepared with just water, chicken bouillon and Parmesan cheese—Rago deems the dish “Italian penicillin.” “It warms the heart and the stomach, and brings back so many fond childhood memories of my nonna cooking for me.”

It’s a sentiment echoed by just about everyone who grew up eating the pasta. “My mom is stockpiling like a fiend,” a friend confessed. Similarly, my dad immediately started scouring the internet, searching for anyone who still had it in stock—and wasn’t charging an eye-popping $180 for it on eBay.

For me, pastina carries a comfort and an ache: It’s one of the first foods I remember eating, and one of the first I remember learning to make myself. It was classic sick-day food; one of the only things I craved when I couldn’t down much other than water. My dad or his mother—Nan, who lived with us—would boil it on the stovetop. It was a simple way to care for someone you love. I tended to only eat it when I needed a pick-me-up. 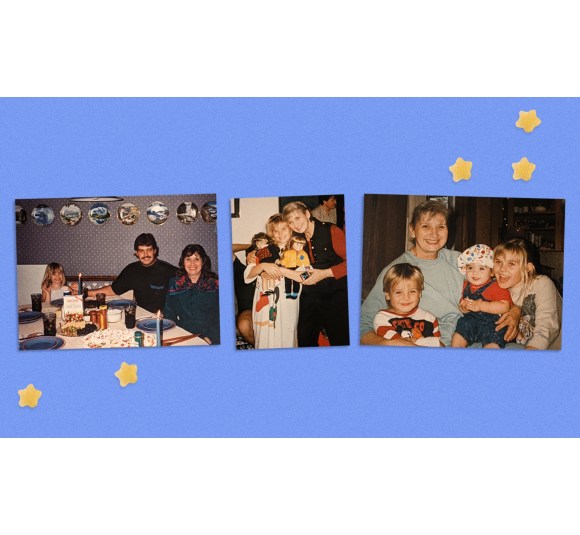 By the time I was 10, things shifted. My palate had broadened, and I rarely ate pastina. But now, Nan, battling lung cancer, often turned to it. Chemotherapy made it hard to stomach much else. We’d sit in her bedroom, couched over a bowl, watching whatever was on TV after school—Barney and Friends (a show my toddler sister loved, though I’d long outgrown), Montel (a show my grandmother liked, particularly episodes featuring psychic Sylvia Browne). I can’t remember what I liked to watch then; I just remember being happy to sit next to her, eating pastina and feeling confident that together, we’d get through this thing called cancer.

Six months later, I learned that getting through cancer doesn’t mean conquering it, and that pastina—however soothing—doesn’t have healing powers. At least not of the supernatural kind.

Three days before Christmas, Nan passed away. I didn’t eat pastina for years after that. Not because I associated it with her passing or blamed it for failing to restore her health. Like an old toy you’ve forgotten in the back of your closet, I shelved the things I associated with her—The Nutcracker, ballet classes, after-school Montel specials—just to keep moving forward.

Then, one day, I spotted that squatty blue box in the back of the pantry. Tasting pastina brought back a flood of memories—of trying on Nan’s chemo wigs with her, her singing in the kitchen as she cooked, her teaching me to use her fancy Mac II (which was 10 years outdated when we were using it, but it was a computer! Our computer!). Memories of feeling uplifted, encouraged, nourished. 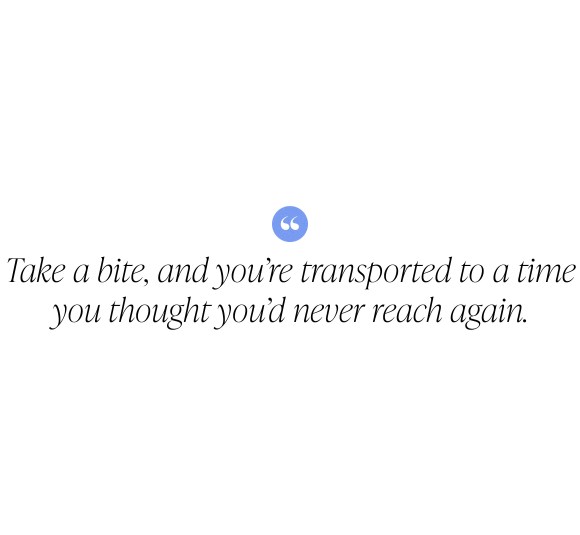 To this day, I’ve kept a box on hand. One box remains. It’s half-full (look at me, being optimistic), and I’m saving it for a day when I could use a boost. Or a dose of nostalgia.

In a way, pastina does have healing powers. Like all foods, it holds memories—take a bite, and you’re transported to a time you thought you’d never reach again. It doesn’t change what happened, but it can change you. And that’s why we’re devastated, losing our minds and panicking. Not because we like little pasta that much, but because when it’s gone, it’s another thing we can’t get back.

My Abuela Stored Everything in a Keebler Export Sodas Tin—But Was She the Only One?