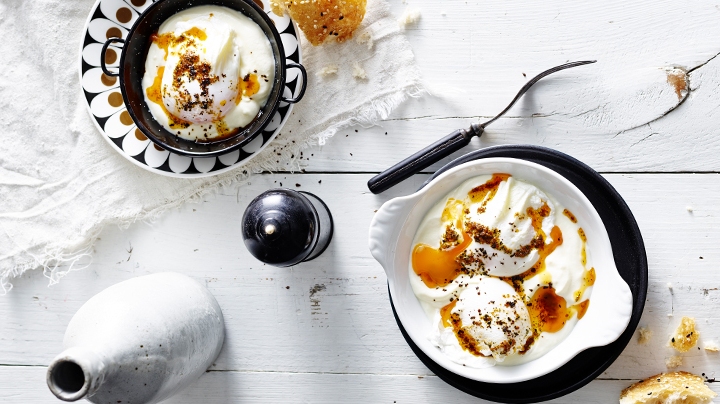 You’re eating out at the trendy new sandwich shop in your neighborhood. You’re about to take a huge bite of your chicken sandwich when you notice—what the heck are these black flecks? Sesame? Poppy seeds? Burnt bits? Nope, nope and nope. Meet the latest spice cabinet darling that’s gracing our every meal: urfa biber.

Wait, what exactly is urfa biber?

Urfa biber, also called isot pepper, is a chili pepper native to Urfa, Turkey. “Biber” means “pepper” in Turkish. While it’s commonly used in Middle Eastern cooking, the spice is just starting to heat up (sorry) in the States.

Fresh urfa peppers look similar to a poblano or a really big red bell pepper. They’re harvested and dried out in the sun (which gives them that deep, dark reddish-black color), then wrapped up to “sweat” during the night. That part’s important: It keeps the peppers from drying out and gives them a slightly damp texture. The peppers are then ground with a touch of salt for freshness before being packed up for sale.

Urfa biber has just the slightest kick of lip-tingling heat, but it tastes more smoky and fruity than spicy. On a scale of tame to sweating bullets, it’s about a jalapeño-level heat. The pepper has notes of tobacco, raisins and chocolate. It’s kind of complex, and totally delicious.

How should I cook with it?

If you’re looking for the warmth of a chili, minus the eye-watering spiciness of, say, a habanero, urfa biber is your new best friend. In Turkey, it’s used on all types of meat kebabs (especially lamb), but it also complements vegetables, like roasted eggplant and red pepper. And don’t forget dairy: Urfa adds a lovely punch of smoky heat to yogurt- and cheese-based dishes. Feta? You betcha. Eggs? Yep. Hummus? Naturally. So basically, urfa biber goes with everything.

Where can I buy it?

If you don’t have an international grocery store nearby, dried urfa biber is available to ship through small spice retailers like The Spice House and Burlap and Barrel. Amazon carries it, too. And you thought you’d have to go to Turkey, didn’t you?

What Is Tajín Seasoning? (And Why Does It Make Fruit So Much Better?)