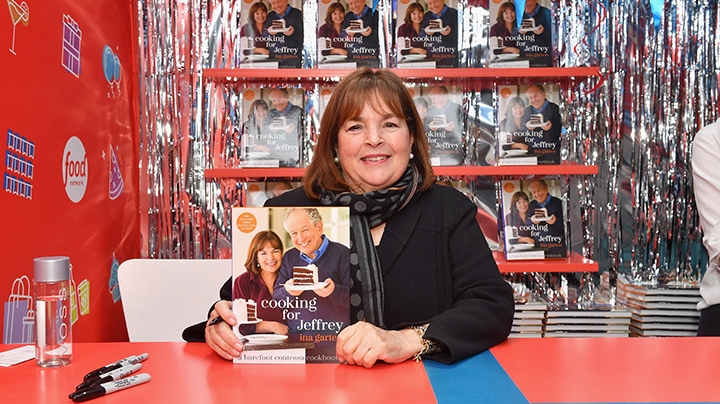 Good news, or best news ever? Ina Garten is writing a memoir.

The 71-year-old culinary queen, prolific cookbook author and Barefoot Contessa announced on October 2 that a memoir of her life is in the works and, yeah, we’ve already made plans to preorder it.

Garten’s fanbase has been following her since she first uttered the words “How easy is that?” on the Food Network in 2002, but the most devoted Gartenites know that she wasn’t always a kitchen icon. Garten actually started her career as a budget analyst in the White House for the Carter administration—before realizing politics weren’t her calling, buying a specialty foods store in East Hampton, New York, in 1978 and eventually writing her first of 11 cookbooks in 1999. And like Jeffrey’s favorite roast chicken, the rest is history.

Few details about the book have been released, other than that it has been acquired by Celadon Books (a division of Macmillan Publishers) and will be published sometime in 2023. If four years sounds like a long time to wait for that juicy Ina Garten goss, you’ll at least have another cookbook coming in 2020 (as well as 2023) to fill the void.

Garten said in a statement, “By finding a way to do what I love for a living—cooking—I’ve been fortunate to build a career that has not only been incredibly rewarding but has brought people together through the power of home cooking. I hope my book will inspire readers to find their own unique story.” We love.

food
by Katherine Gillen
The 85 Best Christmas Cookies to Make This Holiday Season (All Cookie Swap and Santa Approved)
food
by Emma Singer
37 Restaurants Open on Christmas Day or Christmas Eve 
food
by Taryn Pire
The Best Eggnog for the Holidays, According to Our Extensive Taste Test 
food
by PureWow Editors
7 British Christmas Traditions That Are Simply Smashing 
food
by Katherine Gillen
73 Hearty Winter Dinner Ideas That Take 1 Hour or Less
food
by PureWow Editors
This Blake Lively Boxed Mac and Cheese Hack Is Ingenious (and Very Cheesy)