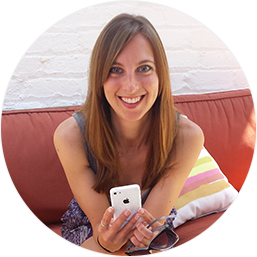 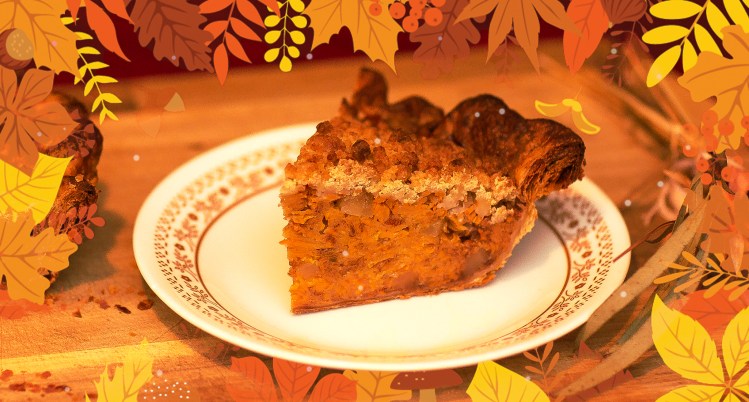 Thanksgiving falls early this year, and for all the last-minute planners who didn’t pre-order a pie in time (us included!), we’ve got a very special treat. The guys behind Edith’s Pie agreed to share one of their recipes for you to make at home. The beloved Bay Area pop-up has built a loyal following ever since co-owner Mike Raskin started selling pies (an ode to his mother Edith) as a way to stay creative during the pandemic. Raskin and co-owner Jeffrey Wright hope to open their first brick-and-mortar Oakland cafe in the new year and even launched a Kickstarter campaign to help them open the doors.

For now, try your hand at their Persimmon Ginger Streusel pie, which calls for Fuyu persimmons rather than the Hachiyas typically used for baking. “This pie screams fall from the first bite,” says Raskin. “It harkens cozy days filled with the smell of spices.” Similar to a more classic pumpkin pie, he says the Persimmon Ginger Streusel shines in its textures and subtle flavors but with the added bursts of candied ginger sweetness and spice. If you want to check out more of Edith’s Pie’s Thanksgiving offerings—from the staff favorite chocolate hazelnut cream to maple pecan—see what they have left for pre-order here.

Raskin is a big fan of baker extraordinaire Erin McDowell (who also happens to be a PureWow contributor) and her All Buttah Pie Crust recipe, which includes a video of the process. For even more dessert intel, check out McDowell’s 5 fixes for the most common pie-baking mistakes. And finally, we know making pie crust from scratch is awesome…but if you need to cheat with a shortcut, here’s our roundup of best store-bought pie crusts. Happy baking!

Chef’s Note: “My one piece of advice on making any recipe is to read the recipe through to its conclusion. Read it again. Then collect everything you need, and have it laid out in front of you so you don't get stuck in the middle of the process,” Raskin says.

The Best San Francisco Bakery? We’ve Got 16 to Satisfy Every Sweet & Carb Craving