Chrissy Teigen is making some headway with her third Cravings book, and we've already got (tasty-looking) behind-the-scenes pics!

The mother of two revealed in her newsletter that she and her close pal, Adeena Sussman, have been keeping busy in the kitchen as they work on new recipes for her upcoming cookbook. However, Teigen revealed that this one will be quite different from her two previous books, Cravings and Cravings: Hungry for More.

She explained, "I have this energy that feels different than all the other cookbooks. We’ll make something one time and don’t have to make it again. It’s a hit the first time we do it, which is SO crazy and unheard of with cookbooks."

The model also revealed that she's been putting in a lot of work, from cooking for over 12 hours a day (!!!) to sketching every single recipe in her notebook. Judging by her amazing progress, it looks like we might be getting these new recipes soon...

See below for a close-up look (and what you can expect from Cravings 3). 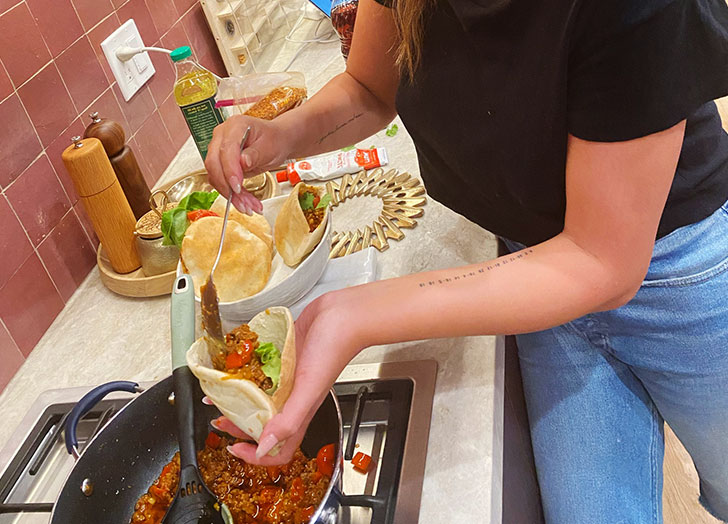 1. Expect At Least One Recipe For Stuffed Pitas

Although the actress didn't give away any clues on how she made this tasty looking stuffed pita, she admitted that she was "excited" for fans to give it a try.

Teigen wrote, "I am soooo excited for you to try what is stuffed in this pita! We ate the whole tray." 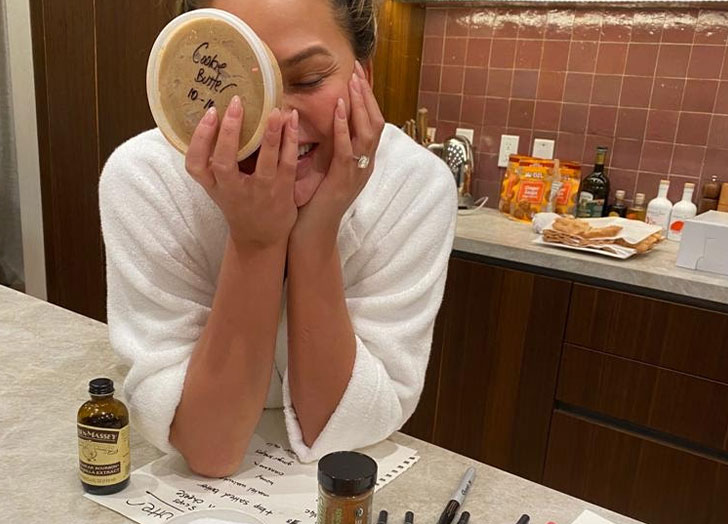 In the newsletter, Teigen admitted to her newfound obsession with a certain ingredient: cookie butter.

She wrote, "OMG, I ate so much of this cookie butter straight out of the bowl that I thought I was gonna get sick…but then I ate more." We'd have probably done the same, TBH. 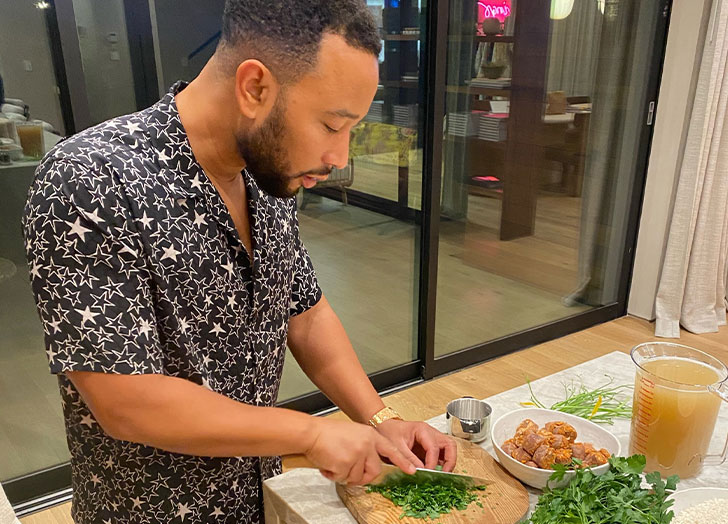 3. There Will Be A Special Recipe From John Legend

It looks like Teigen isn't the only talented chef in the household. John Legend will offer a rare glimpse at his culinary skills by sharing one of his favorite recipes, which Teigen calls "really special." 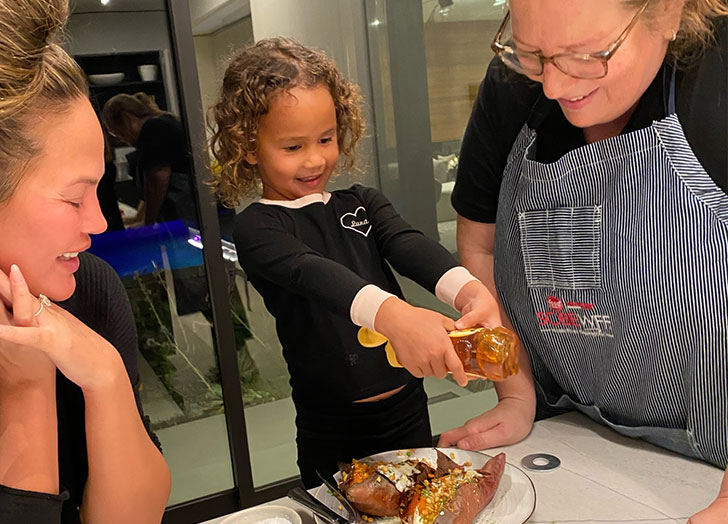 Teigen's 4-year-old daughter has already proven to be a great helper in the kitchen (from what we've seen on her mom's Instagram feed), so it comes as no surprise that Luna is involved in the making of this cookbook. Here, we see Luna adding what appears to be honey to some tasty-looking sweet potatoes. Looks like we've got a chef in the making!

The 3 Best Recipes from Chrissy Teigen's New Cookbook, Hands Down, No Contest