RELATED The Best Rosé Wine Under $20 to Sip This Summer, According to a Sommelier 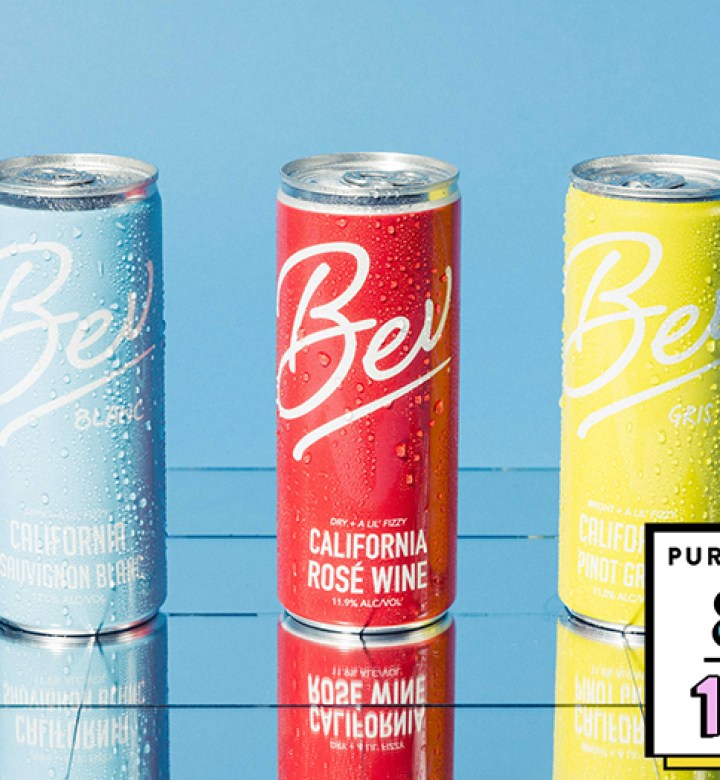 Not only does Bev put out a healthier product, but it also aims to transform wine culture altogether. The tagline Made by Chicks rings true, as Bev was founded by millennial entrepreneur Alix Peabody after she cashed out her 401(K) to buy 300 gallons of rosé. She used it to fundraise at parties for women and by women, Once she raised a cool $2.2 million and launched, the rest was history. Peabody’s impromptu business decision started as a way to curb unexpected medical costs, Today, Bev is a wine brand on a mission to empower women—and quench their thirst along the way.

Bev is made specifically to be canned, and it’s got everything to do with its signature fizz. When we first cracked one open and heard that bubbly sizzle, we couldn’t help but think that the can keeps the wine extra crisp and effervescent, just like beer. Not only does canning the wine keep it crisp and refreshing, you also won’t have to worry about broken glass on the pool deck or bonfire.

All three varieties are slightly fizzy, offering seltzer-like refreshment *and* an 11.9% ABV per can. It also contains only 3 carbs and 100 calories per can. Most importantly, they’re totally sugar-free, meaning you can get your sip on without worrying about feeling groggy or hungover afterwards. A four-pack is equal to about 1⅓ 750-milliliter bottles of wine and each can contains almost 8 ½ fluid ounces, more than the recommended five-ounce serving.

Bev wine can be found at select California, Texas and Tennessee retailers, but if you don’t live in one of those states, you can order it online straight to your door. It’ll cost you $49 for an eight-pack. Price wise, it’s like buying two $25 bottles of wine and getting more than half a third bottle for free. You could also splurge on $99 for a 24-pack, which comes out to about $12 per bottle. You'll save 15 percent on your first purchase, but you can score an additional discount by making your order a subscription. Ta-da. 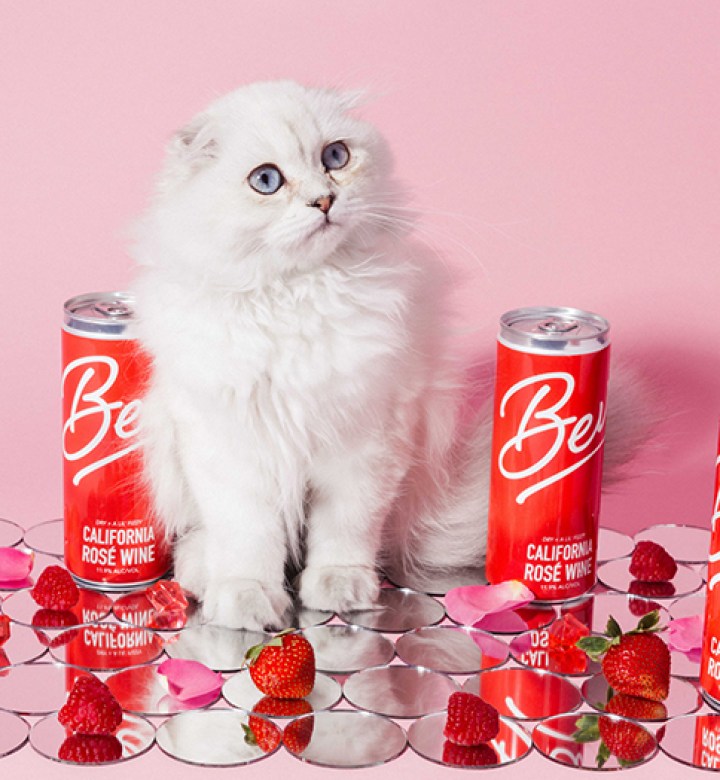 You can tell how dry and crisp it is at first whiff. Its blush, light-salmon color lends to its fruity flavor notes of ripe berries and peach. It’s super juicy and fruity like many rosés but maintains its refreshing dryness. The fizziness lends itself to its crispness too. Our only critique is that the aromatics listed on the website didn’t really come through for us, but we’re pretty sure you won’t mind once you have a sip. 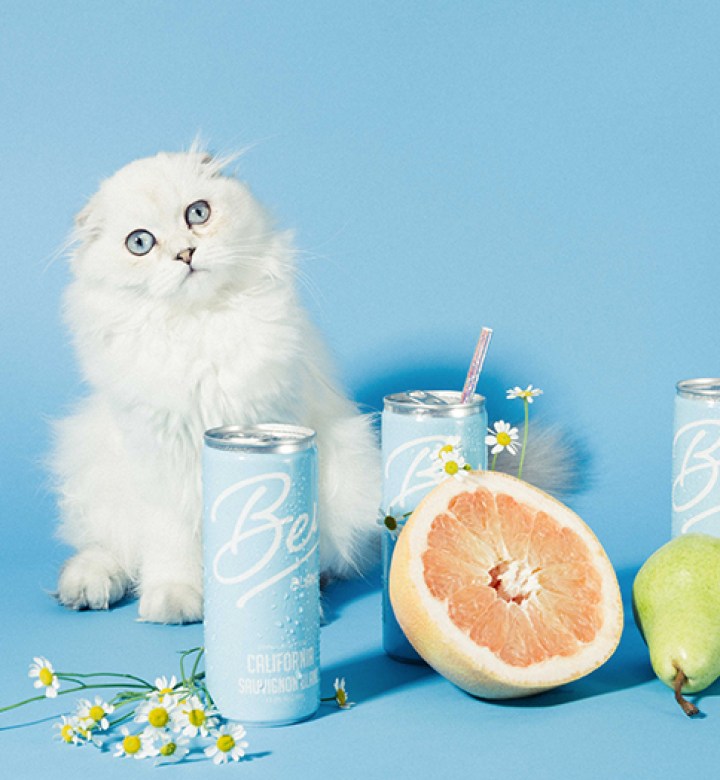 The most refreshing of the bunch. The bubbles really shine—it sounds like a can of soda when you crack it open. Bev’s claims regarding its scent hit it on the nose (sorry): crisp green apple and juicy nectarine. It’s not as zesty or floral as other wines of the same style that you may have tried—it’s simply clean and crushable, prime for hot days on the beach or camping site. It has a super light mouthfeel (we noted a lil’ tingling on the tongue from the bubbles too) and clean citrus notes that’ll make you kick back in your fave pool float and say “aaahhh…” 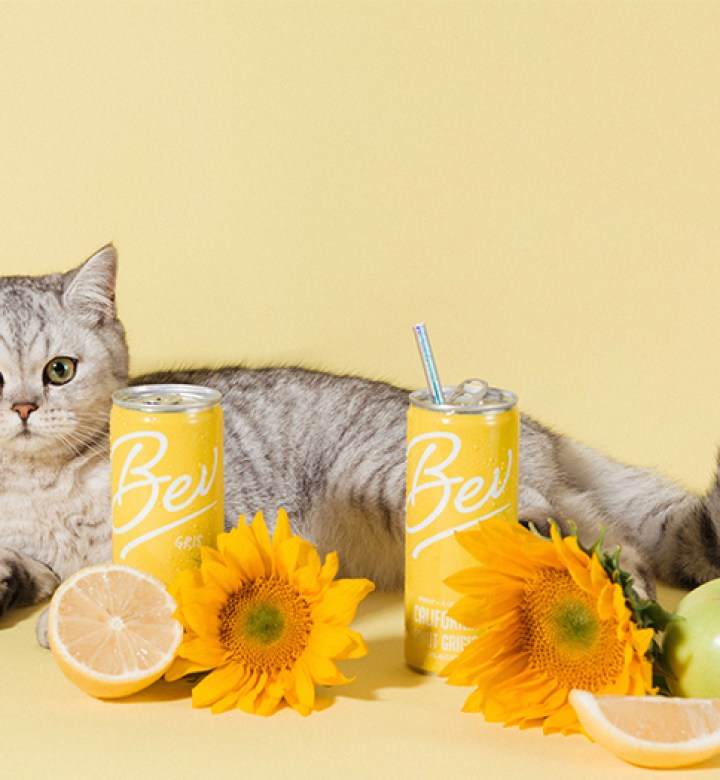 Floral and fragrant on the nose, crisp and clean in flavor, just like you’d want a Pinot Grigio to be. Think citrusy and dry with notes of Asian pear and lemon. It’s on the acidic side and has slightly salty minerality compared to other mildly sweet, honey-like Pinot Grigios. This is the one we’d pick to drink all day long at a picnic or barbecue.

RELATED Here’s How to Tell if Wine Has Gone Bad