16 Rarest Cat Breeds That We Need More of Stat

It’s difficult to determine the rarest cat breeds around, but The Cat Fanciers’ Association (CFA) tries to do just that every year. As the world’s largest registry of pedigreed cats, the CFA examines data from breeders and owners to figure out which breeds are most popular each year. There are 45 breeds recognized by the CFA (The International Cat Association recognizes 73 breeds) and each one is unique in its own right. The rarest cat breeds are those that have the fewest registrations among breeders and owners. These cats are hard to come by! Interestingly, most of the breeds on our list are energetic athletes who adore people and like to be involved with family activities. If you’re considering reaching out to a breeder for a specific type of cat, consider one of these rare felines—and start building out your cat room now.

9 African Dog Breeds That Are Affectionate, Brave and Absolutely Adorable 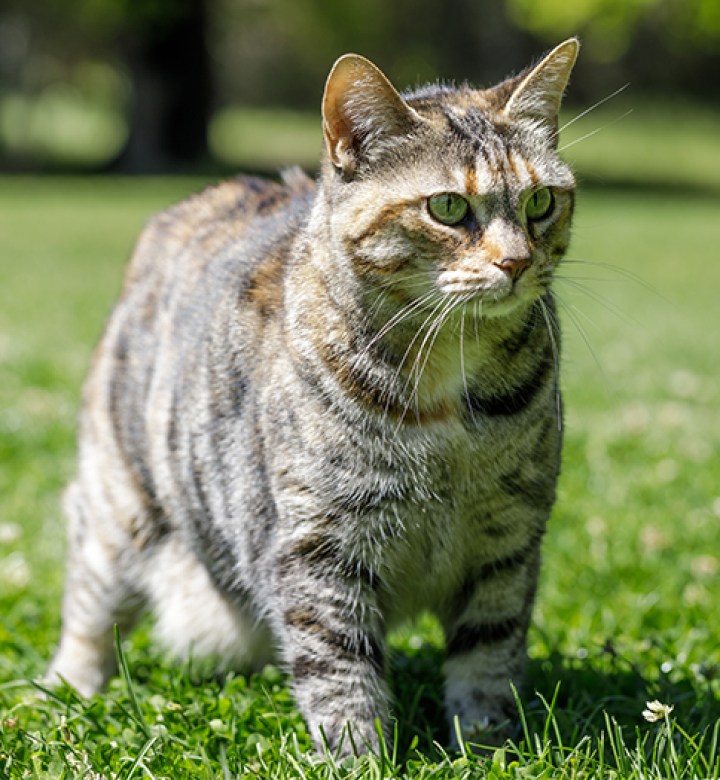 Coat: Short or long; variety of colors and patterns

The American Bobtail cat is actually quite dog-like if you consider exceptional playfulness and a sense of adventure “dog-like.” These cats developed naturally at first, without any human interference, before feral cats with bobtails were bred together in the 1960s to solidify the traits and the breed standard. American Bobtails really do look like wild cats! 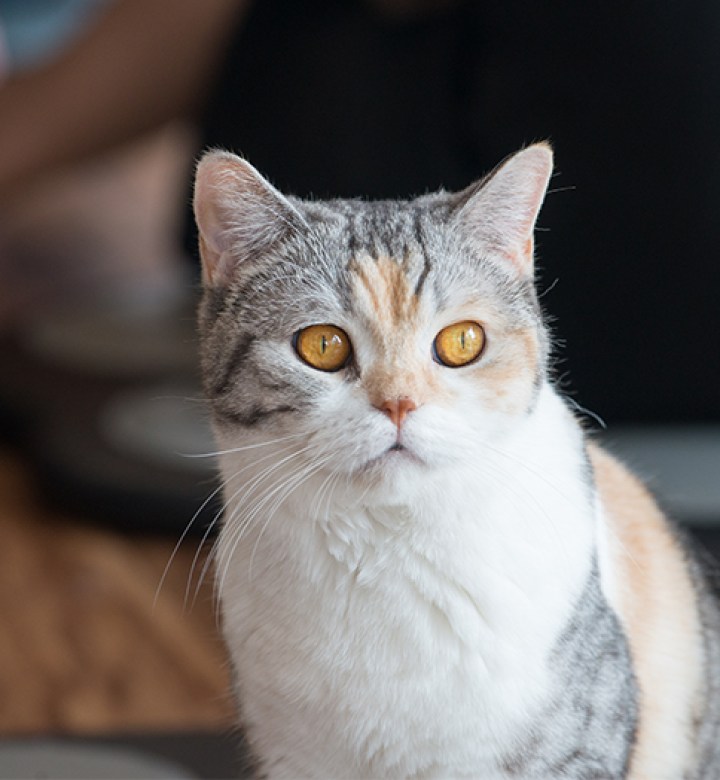 In 1960s upstate New York, a single kitten was born with a natural genetic mutation that gave him a wiry coat. Thus, the American Wirehair was (literally) born! Their coats aren’t silky smooth and don’t shed as much. These kitties are known for being adaptable, even-tempered pets who actually enjoy (gentle) playtime with kids. While well-known, American Wirehair cats are ranked last in popularity and prevalence with the CFA. 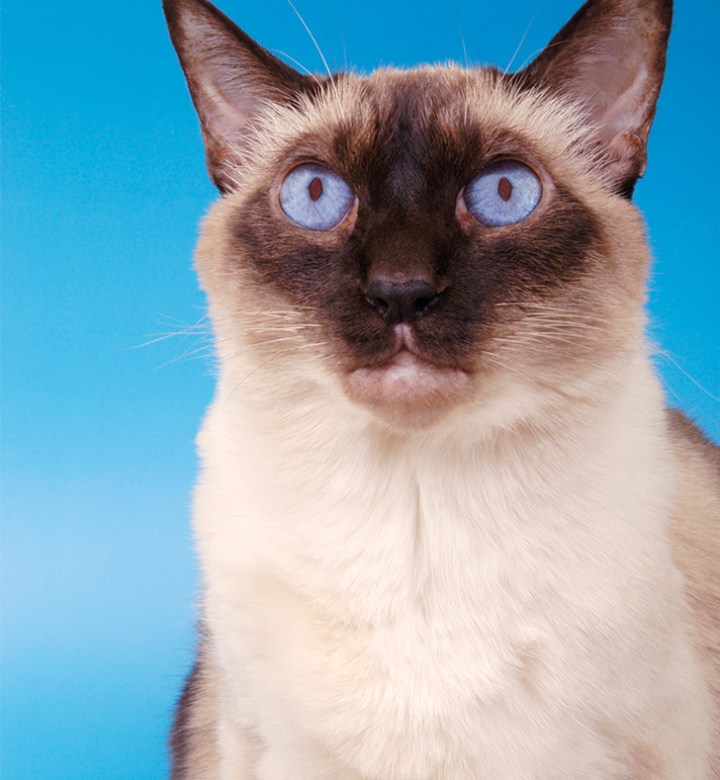 Balinese cats are named for elegant dancers on Indonesia’s island of Bali. While images of cats that look just like Balinese appear in some ancient Chinese artwork, the official breed was solidified in the U.S. in the 1950s. In any case, Balinese are quite stunning. Their long, silky coats come in a variety of colors in a Siamese-esque pointed pattern. While they are extremely affectionate and sensitive to the moods of their family members, Balinese are also incredibly inquisitive and happy to roam, climb and play. 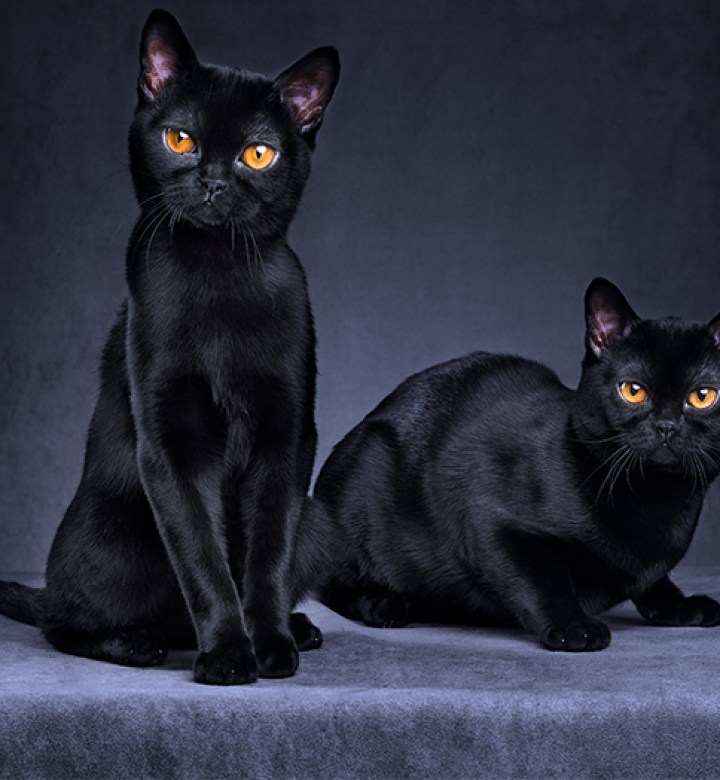 Bombay cats are sleek, elegant black cats known for their affectionate personalities. This is also a breed who might enjoy leash training (like the American Bobtail they are adventurous). In the 1950s, a woman in Kentucky wished she could own a black leopard like those in India as a pet. Naturally. So, she created them, breeding Bombays to be consistently—and only—black in color with golden eyes. Though they are rare, the CFA says Bombays are strong competitors at cat shows. 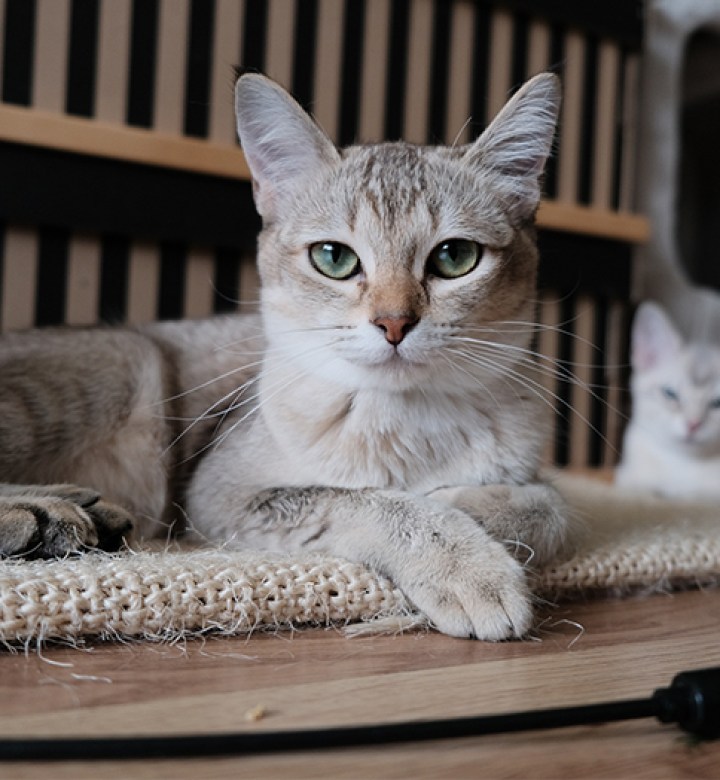 Not only are Burmilla cats incredibly friendly, they are smart and curious. They’ve been known to be a little independent, sneaking off quietly to explore their environment. Even as adults Burmillas will retain kitten-like tendencies. Their gorgeous white coats and green eyes make them stand out. Bred in the U.K., these cats are still very rare in the U.S. 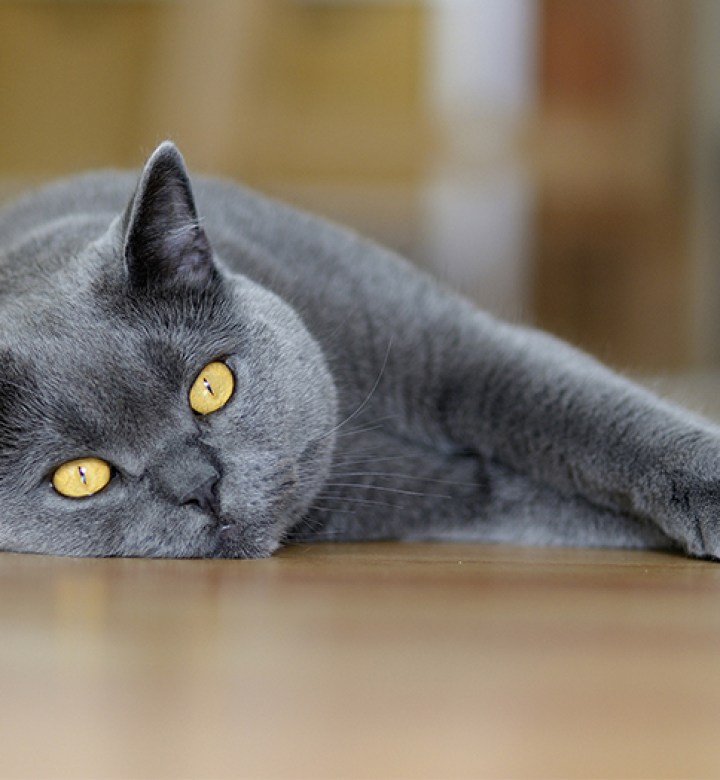 Chartreux cats are thick-coated, big-boned, even-tempered pets with a penchant for mouse hunting. In fact, there are references to blue-hued cats roaming monasteries in French literature as far back as the 17th century. However, Chartreux didn’t land in the U.S. until the 1970s. Whether these cats worked in monasteries protecting monks from rodents is up for debate; all we know is today they make watchful and sweet companions. 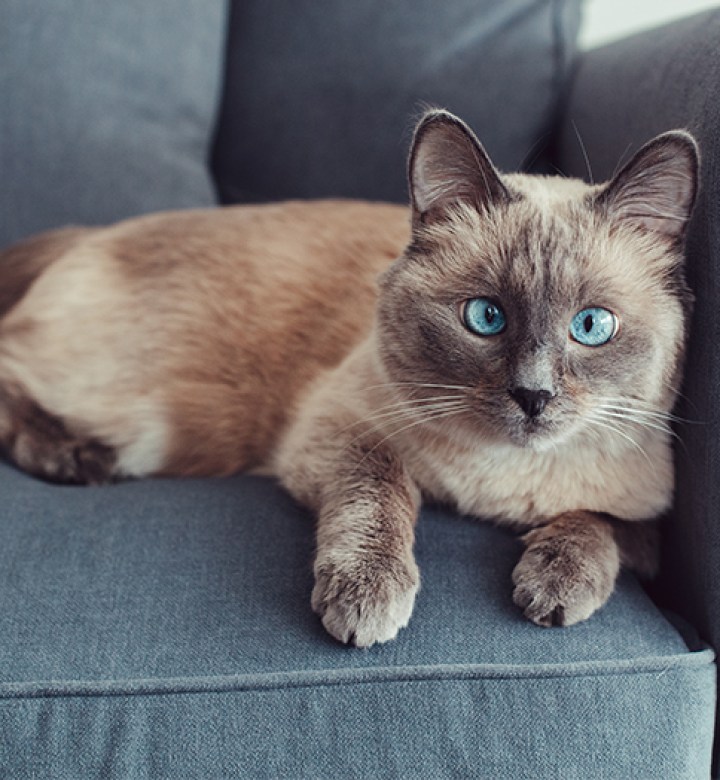 Don’t mistake a Colorpoint Shorthair for a Siamese; these come in a wider variety of colorations, though they are related to Siamese cats. Sensitive and sweet, Colorpoints are vocal and will talk to you often. Identifiable by their large ears and lean bone structure, these cats are very athletic and happy to follow you everywhere (they’ll say something if they feel left out).

Unlike the Burmese cat (number 19 on CFA’s list), European Burmese cats have slightly slimmer body shapes and a wider variety of colors and patterns. While their ancestors were developed in the U.S., European Burmese traits were solidified in the U.K. Expect lots of love and affection from these cats (who have been known to pick favorites). 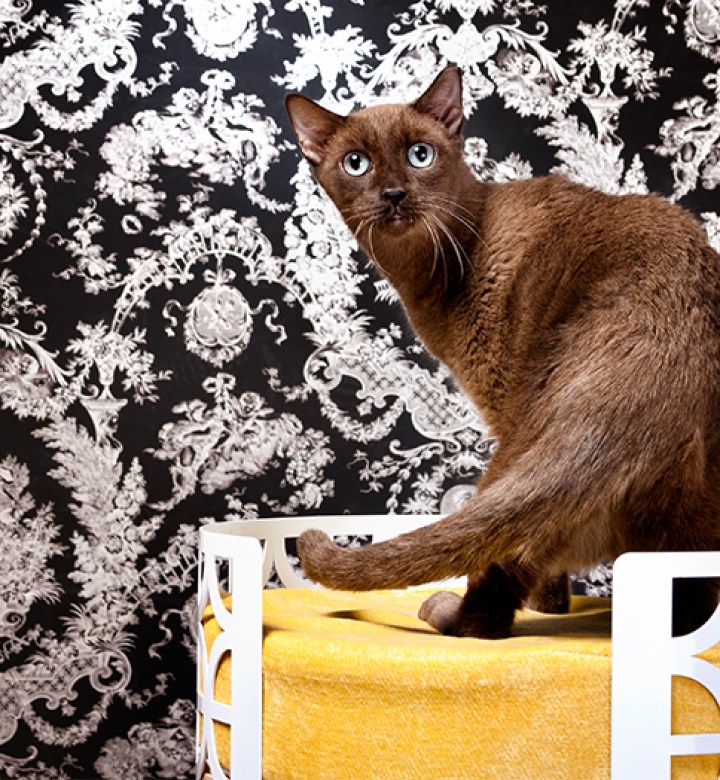 Naming a Havana Brown cat Mint Chocolate Chip isn’t a bad idea. These chocolatey brown kitties have bright green eyes that twinkle with mischief. Bred by combining domestic black cats with Siamese cats, Havana Browns are striking and somewhat sensitive. Do not ignore their need for mental stimulation! Interactive treat puzzles will keep them happy and busy. Some sources say there are only about 1,000 Havana Browns in the U.S., though the exact number is uncertain. 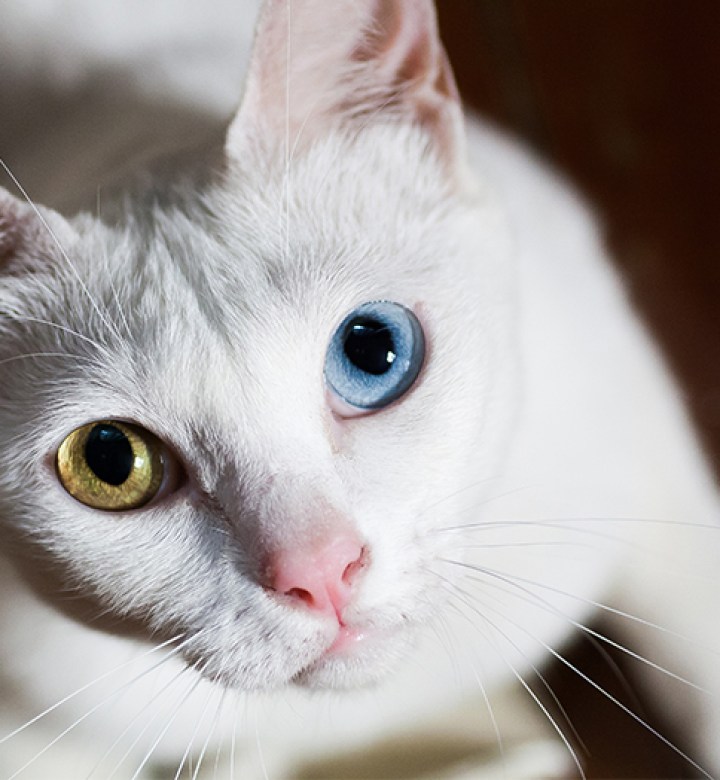 They might look like little angels, but Khao Manee cats are definitely athletic mischief makers. These bright white kitties (their name means “white gem”) are one of the 17 good luck cats of Thailand mentioned in a 14th century cat book of poems, known as the Tamra Maew. So, yeah. They’ve been around a while. Sociable and sweet, Khao Manees get along well with all types of family members (even dogs!). 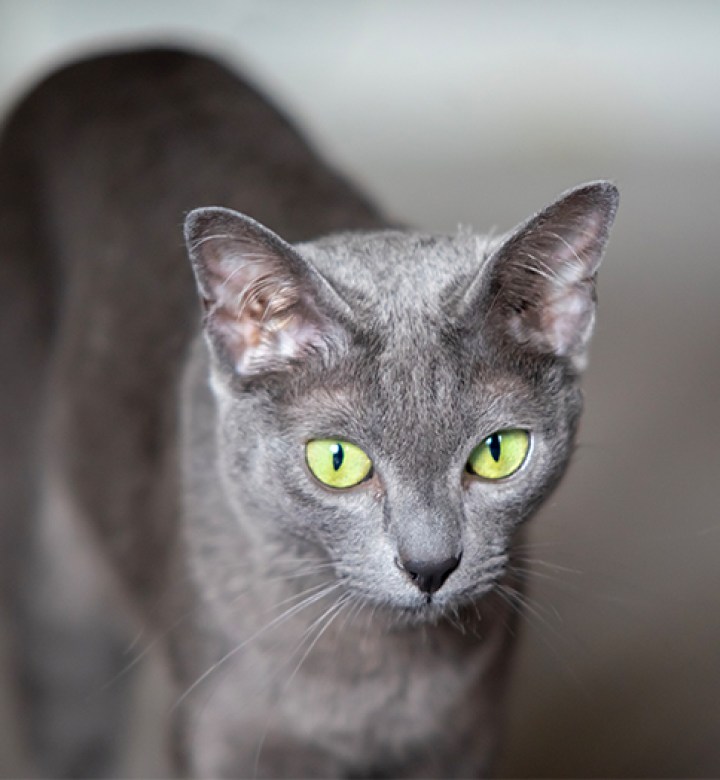 Korats hail from the Korat province in Thailand and have been around for centuries. They are also considered good luck, which makes sense considering their exceptionally alert senses and bright green eyes. Do not leave this cat alone for long stretches! Unlike some cats, who become destructive when bored, Korats will pout. They’ll stop venturing out to greet you and retreat to dark corners, so play often and keep them company. 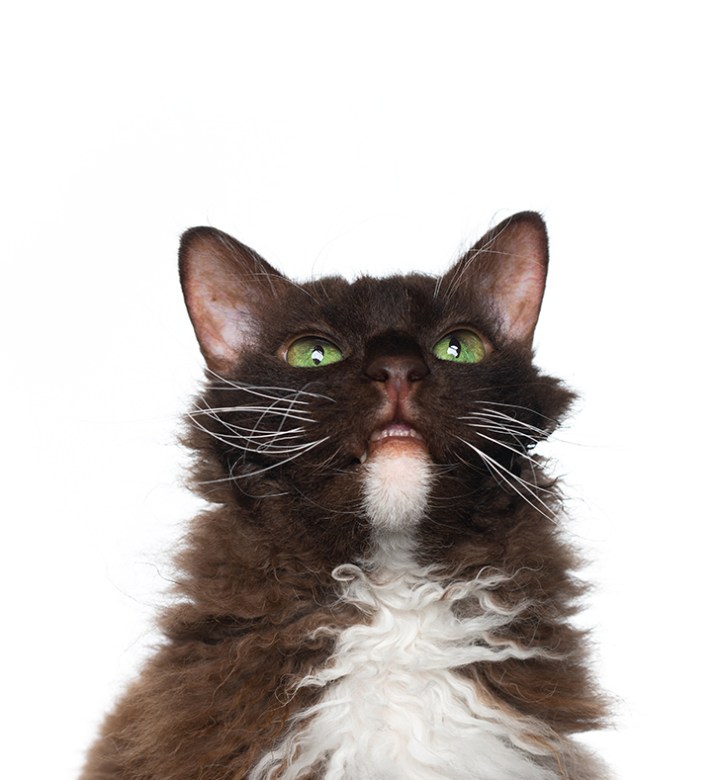 Get ready for a wild ride if you own a LaPerm! These cats are the product of a dominant gene presenting itself in a litter of kittens on an Oregon farm in 1982. The strangest part about LaPerms, aside from their wavy or curly hair, is that they can be born completely bald. After a few months, soft, curly hair will grow in. Some LaPerms are born with straight or wavy hair; over time some coats will thin while others will grow thicker and curlier. These are inquisitive, sweet cats who are up for whatever, as long as you’re part of it. 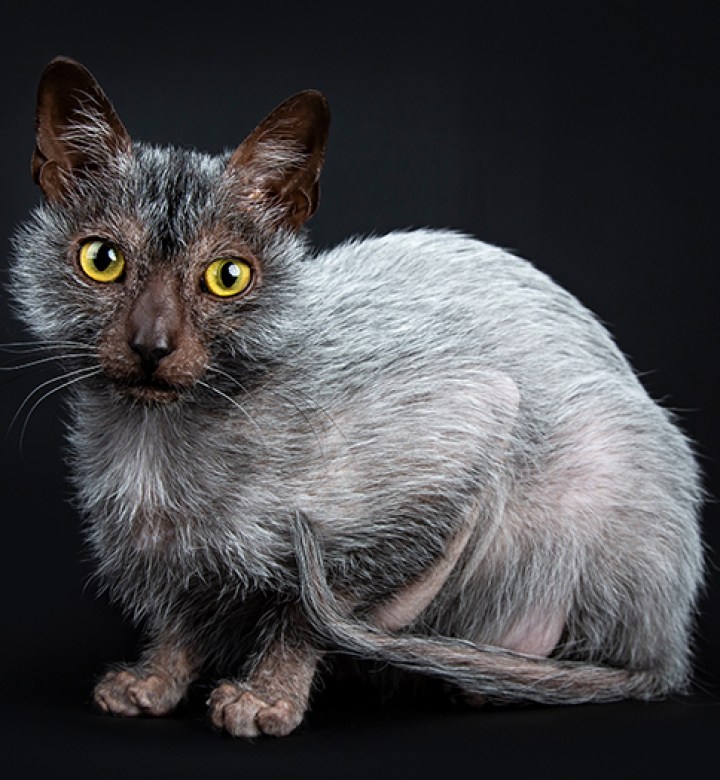 Take a moment to appreciate the rough-and-tumble look of the Lykoi. Named for the Greek word for “wolf,” Lykois are known as “werewolf” cats because of their tousled, partially hairless coats. You could also say these are the underdogs of the cat world. Bred from strays and shelter pets no one wanted to take home (probably due to their unique appearance - which occurs naturally and is not a product of breeding), Lykois have been TICA recognized since 2011. When Lykois are a few weeks old, they shed their smooth coats completely or partially. Around three months old, their true coats and coloring have grown in. There may be as few as a couple hundred in the U.S. 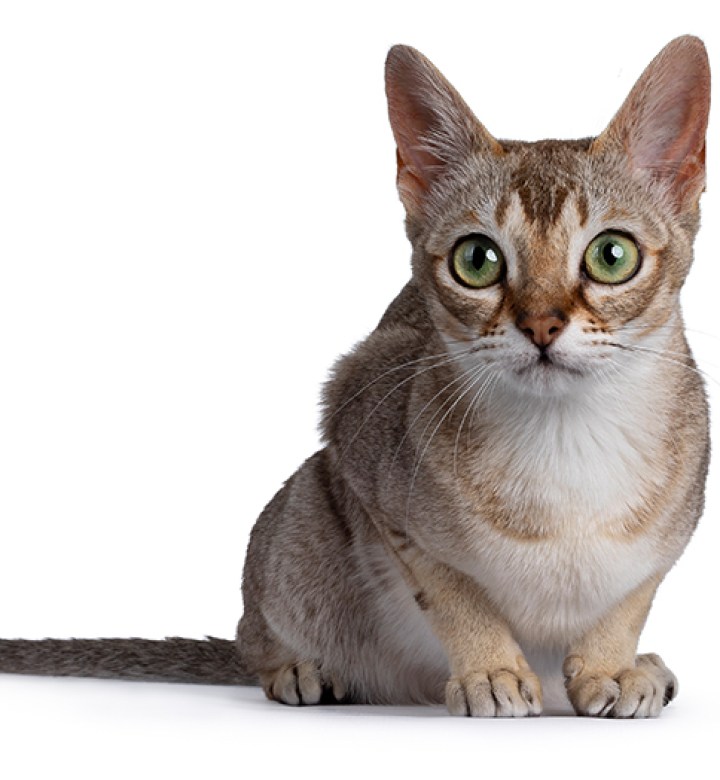 As one of the world’s smallest cat breeds, you’d think Singapuras would be all over the place! It’s basically like owning a kitten forever. Alas, they are rare in the U.S. Not only are they smart and curious, they are lively and energetic, unafraid of scaling tall shelves or exploring new rooms. There’s a lot of personality packed into the tiny Singapura—brace yourself accordingly. 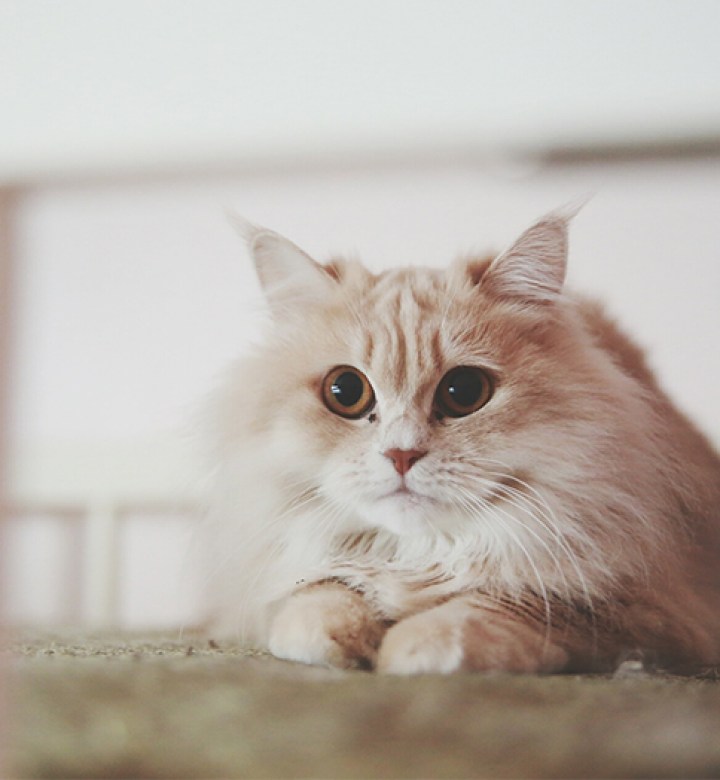 If Turkish Angoras were people, they would host parties all the time. These cats love being at the center of attention and aren’t afraid to use their agility to climb the highest towers or wiggle into the funniest spaces. Smart and sweet, they adore their people and want lots of playtime. Their long coats likely evolved to protect them from chilly winters in the mountains of Turkey. 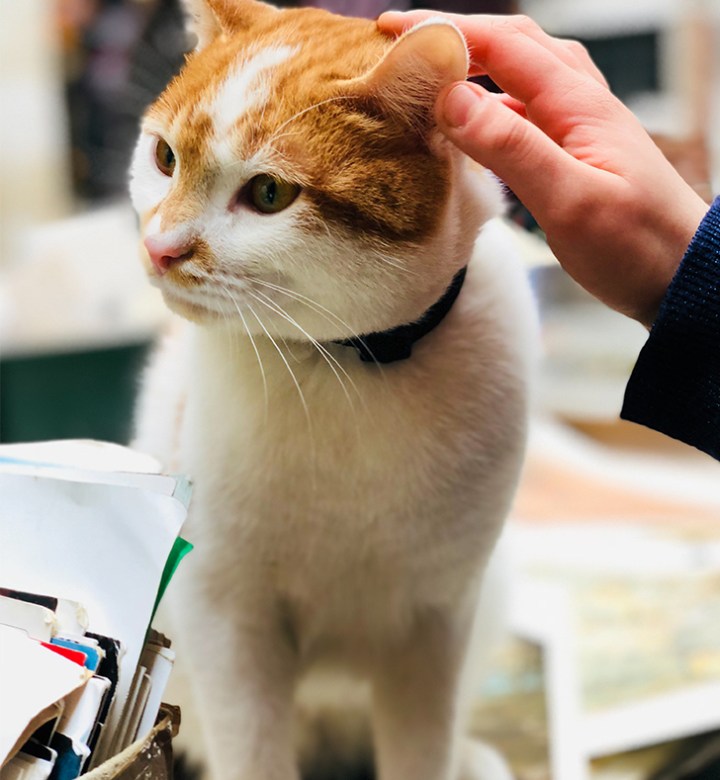 Coat: Medium to long; White with red, cream, black or blue markings on the head and tail

As a large cat breed, Turkish Vans command a room when they walk in. Plus, they love people and will get your attention however they can. Surprisingly, many Turkish Vans embrace water and enjoy swimming (gasp)! If you see one with a marking between its shoulder blades, consider yourself lucky (this spot is referred to as the “thumbprint of God”).

How Long Can You Leave a Cat Alone? (Hint Not As Long As You Think)