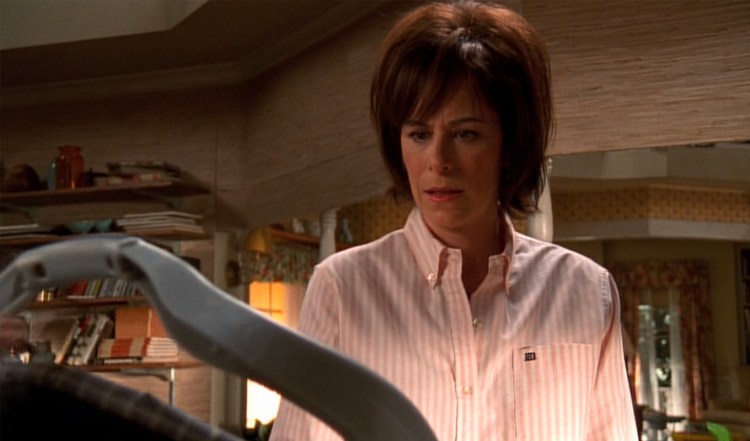 Raised before the omnipotent internet, but after the ‘80s latch-key era, we kinda had the best of both worlds. While our parents were the first generation of helicopters, hovering at close range, they were far from being lawnmowers—destroying any obstacle in site. We played outside, but they made sure we wore wear helmets and checked in at certain times. We roamed the local mall, but they weren't far behind, having a coffee at Gloria Jean's. We had sleepovers galore, but only after they checked in with the other parents.

Boomers were (and are!) great, involved parents. But now that their kids are raising kids, there are a few things we'd love to settle once and for all. Here, ten things boomers need to understand about parenting in the middle aughts.

1. Unlimited Screen Time Isn’t What It Used to Be

Man, did we love plopping ourselves in front of the big screen and digging our heals in for a night of Must-See TV. But gone are the days that if you left a child to their own volition, the worst that could happen is they'd stumble across a salacious episode of Silk Stalkings. Today, a screen means access to the metaverse. We're talking worlds within worlds within worlds—dark web, nefarious communities, bad actors (not just the ones on Silk Stalkings)—that have the potential to unravel your world. Hence: Screen time is closely monitored.

Boomers sometimes bristle at the mention of green-forward lingo. And we get it. The way certain well-meaning movements are ripped apart, sold for parts and then folded into gentrified commodities at a price too steep for most of the public is not the point of organic produce or sustainably made products. The actual point is to be able to consume foods, wear clothes and use products that are safe and cause the least harm to consumers and Earth. And most importantly, we want our children to grow up on a planet where they can not only survive, but thrive.

3. Sleep Training Is Not Just for Babies/Kids

“We put you to bed at midnight and you turned out just fine!” Sure, we did turn out just fine. But were you OK? Millennials are “obsessed” with sleep training—an umbrella term that basically means teaching your baby/kids to nap and sleep on schedule—not only because of the benefits to baby, but almost more importantly, because of the benefits to them as primary caregivers. A sleep schedule means that parents and caregivers know (within reason, because kids gonna be kids) that at 7:30 p.m. every night, they will be able to turn off. Studies, like this one from Canadian Family Physician, conclude that sleep training not only improves infant sleep problems but also statistically significantly improves maternal mood scales.

We’re not here to shame you for sending us to our room when we yelled, “I HATE YOU!!!” after you told us we couldn't watch Silk Stalkings—trust us, we deserved it. But we do know now that those types of time outs aren't as effective as we all thought. When editor Alexia Dellner asked two therapists about their take on time outs, they both agreed that time outs as punishment aren't effective. The frontal lobe of a child's brain hasn't had enough practice to regulate strong emotions on their own. So, when you send a kid to a time out to “sit and think about your actions,” you're literally telling them to do something they cannot do yet. Dellner writes, “Instead, try a time-in. Here’s how: A time-in means taking a break—together as a family—to regroup” which allows your child's brain to calm down while staying connected to you, the parent.

As a big slice of the modern workforce remains or goes remote following the seismic shifts from Covid, families with young children struggle to figure out cost-effective and regular childcare. Some two-parent households find that they can manage by switching off—but what if your boss adds a last-minute meeting to your calendar? And even when families find outside resources, there are still more snags in the master plan. For one, Covid has not gone away. So if a babysitter or nanny is sick, the plan goes out the window. As for daycare, with sick policies intensified following Covid, a runny nose can mean your 2-year-old is home all week with you. TLDR: Working from home may be more convenient in lots of ways, but childcare, it is not.

6. The Baby Is Not Constantly Freezing Cold

Dear Boomers, the baby does not need to wear multiple layers, including a wool sweater, knit cap and gloves in July. In fact, in some cultures, like Sweden, parents nap their babies outdoors no matter the weather since it's believed they sleep better in the cold, fresh air. Even if you're not ready to let baby nap in sub-zero temps, grandparents should know that bundling a baby up for sleep with extra blankets and ultra warm clothes can lead to overheating and increased risk of SIDS.

7. We Wish the Kids Could Play Outside All Day

We'd love it if we could send the little sprouts outside to play kick the can all damn day with the neighbors. But the reality is that all the neighbor kids are scheduled for softball, painting, swimming and more. It's a vicious cycle, but sometimes we feel like we have no choice!

Maybe it's because we're one of the most stressed-out generations and we simply can't add another thing to list at the moment (hey, if it ain't broke, why fit it?). That, along with the advent of affordable disposable diapers have since made potty training less absolutely necessary in the moment. But if any grandparents are willing to take on potty training our 2-year-olds, please, have at it!

9. Background Checks All Day, Every Day

Back in 1998, Saturday nights were the best. Our parents would leave us with a pizza and a babysitter, aka the makings of the perfect night. Looking back, would we leave our kids with a 15-year-old until late at night? Debatable. Today, if we're gonna let someone into our home to watch our kids, they better pass the background check, be CPR-trained and come with some really great references from a person we already trust. And even though the internet is very scary, it has has actually made things like background checks way easier to access.

10. Doing Things Differently Doesn’t Mean We Don’t Value Everything You’ve Done for Us

Now that we're in it, we know first-hand how f*cking hard it is. However you get through the day, we commend you. As much as none of us want to admit (or realize), we're products of the world around us, and we know that when our kids grow up and have families of their own, they're going to tell us how crazy it was that we posted photos of them on Instagram, fed them grass-fed milk and pushed them around in fancy strollers. But hey, we tried.

family
by Brianna Lapolla
The 25 Best Stocking Stuffers for Teens, According to Actual Teens
family
by Chelsea Candelario
How to Celebrate Kwanzaa This Year
family
by Abby Hepworth
27 Gifts for Cat Lovers (and Their Feline Friends)
family
Sponsored
Soccer World Champion Allie Long Has a Podcast Called ‘Mom Goals,’ and It's Our New Must-Listen
family
by Jillian Quint
My Kids Ruined My Spotify Wrapped A *Little* Bit Less This Year
family
by Emma Singer
“It Wasn’t Me, I Swear!” Here’s What to Say When Your Kid Lies to You (and What Not to Do)