It’s been almost two years since the world last saw Joe Goldberg (Penn Badgley) and his latest obsession, Love Quinn (Victoria Pedretti), causing chaos all over Los Angeles in season two of Netflix’s You. And after waiting for what felt like an eternity, the streaming platform finally dropped season three of the drama series today. While the duo are in a new city with a new member of the family, some things ﻿(like their not-so-healthy urges) seemingly have remained the same.

Naturally, ﻿since this is about to be the show everyone is talking about (again), two PureWow editors decided to screen the first episode and share their thoughts with one another (before continuing to binge the remaining nine installments).

The result? ﻿A spoiler-filled back-and-forth of likes, dislikes, takeaways and theories. Keep reading for two ﻿entertainment editors' reactions to the first episode﻿ of You season three. 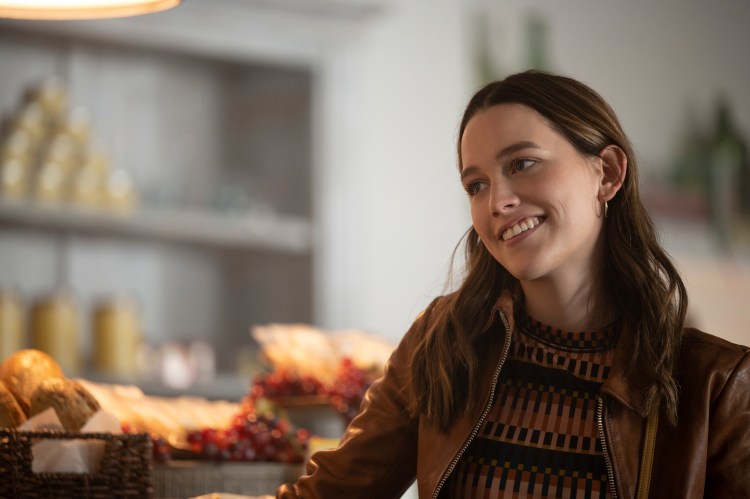 Nakeisha Campbell (Assistant Editor, News & Entertainment): I liked it. It was a tad formulaic and predictable, I'll say that. It's the same pattern we’ve seen in season one and two. But I feel like the addition of Love saves it because she’s even more unhinged than Joe, so I think that’s what really kept me invested. And that twist at the end too made me realize like OMG, she’s going to be the star of season three, not necessarily Joe.

Alexandra Hough (Associate Editor, News & Entertainment): Right. I don’t know how you felt, but when it came out at the end of season two that Love was also a psycho capable of murder, I wasn’t sure if I liked that because it felt a little like 'OK wait, are they going to start making everyone murderers now?' Maybe I just wasn’t expecting her to be and wasn’t ready for it, but now I love it. I think she’ll be the one to keep season three interesting and keep everyone on their toes.

NC: I definitely agree with the last part. I think the episode one twist was a great set up for this season because we're already starting to see how the dynamic changes between Joe and Love, now that he knows they’re both crazy. This adds a new dimension to the story, a fresh perspective instead of focusing solely on what goes on in Joe’s mind. I would love episodes that dive into what Love is thinking. How is a woman going to navigate this? I will also note that the pacing is so much faster now. Just at the end of the first episode alone I’m like ‘What?! She’s already killed someone?’ I definitely didn’t see that coming. 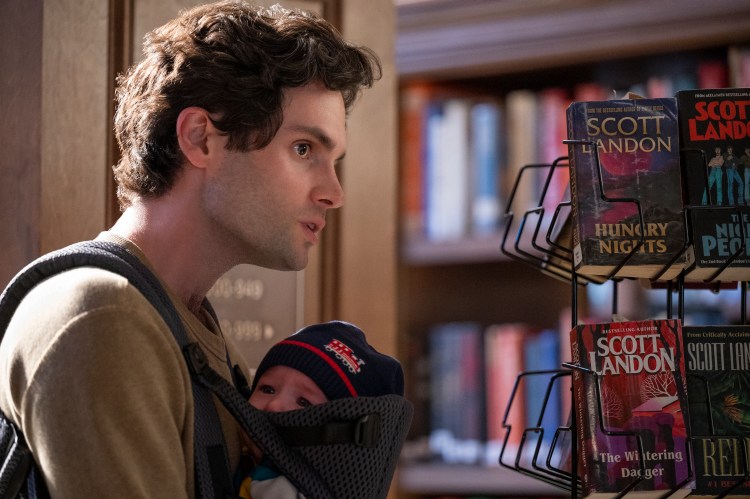 AH: As I was watching I also made a note about that. I noticed that he was really moving quickly with his stalking. We went from him looking out the window at her, to them making out in the bedroom within ten minutes of the episode. That plot line itself could have been a whole season. The other seasons, it took a while for Joe to stalk and finally meet and build a relationship with the person. And the way that they have been hyping this season made it seem like his stalking of his neighbor was going to be such a major part of the series.

NC: Exactly, I still can’t believe that Natalie is already gone. But that ending already tells me that the pacing throughout the rest of the season is gonna be pretty wild. I'm really curious to see how this will affect Joe, though. It won't be so easy for him to keep stalking more women behind Love’s back, so I wonder, what's his next move? 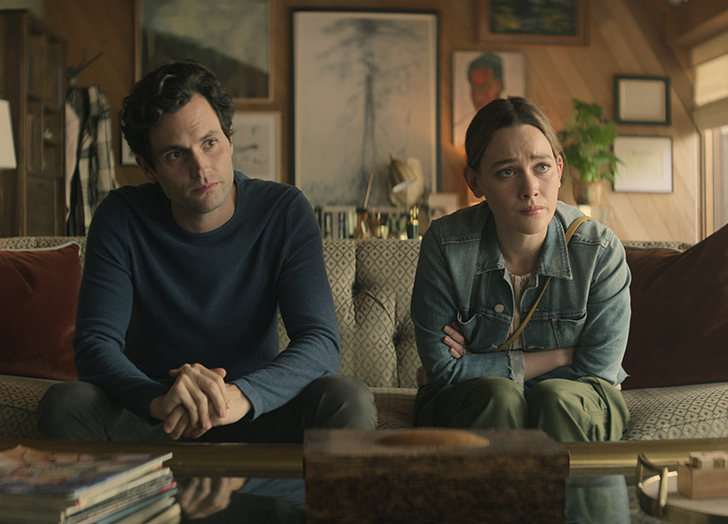 AH: I can’t picture a world where Joe just stops stalking altogether. I feel like his tactics will just have to get sneakier or he will become more desperate. Love is definitely going to be on his case 24/7. I can’t imagine what their couple’s therapy is going to be like. What can they even talk about in there without straight up saying, “We murder and stalk people as a team”? And based on the way he’s already losing interest in Love, I can’t see them rekindling their romance for real.

NC: Ditto. If Joe's past "therapy sessions" are any indication, it's likely that their new therapist will cause even more drama. Or maybe that person will find out too much and wind up dead too. And as for Joe and Love's relationship, I couldn’t agree more. Especially since Joe struggled to bond with their son for so long. It makes me wonder if this was a subtle hint the baby may not even be his. Did Love lie because she wanted to trap Joe? I say she’s totally capable of it. 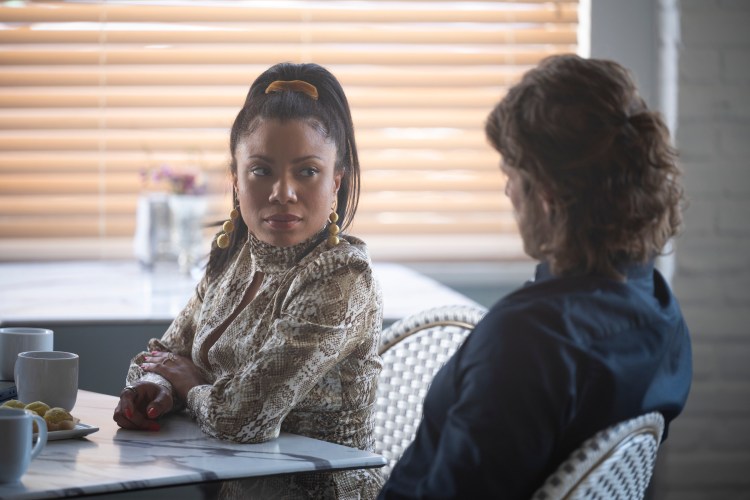 AH: WOW, it’s possible. His whole thing is that he’s so disappointed the baby turned out to be a boy and not a girl like he thought, and he’s not able to bond with him because he can’t protect him like he would a daughter. I think he’s scared of history repeating itself and his son turning into a mini version of him. But it’s also totally possible that the lack of bonding is due to the fact that he’s not the father. If that did play out, I wonder how. Does he take a paternity test on his own? Do they get into a fight and she blurts it out? Does the real father show up? That would be like You meets Jerry Springer. Or maybe that nosy neighbor does some digging and finds out something we don’t know... Either way, that local celebrity/mommy blogger is a goner, I’m calling it now.

NC: Oh my gosh, I cannot stand that blogger. (In fact, I’m not so crazy about any of the new supporting characters... I feel like Joe and Love are surrounded by so many pretentious and awful people!). But I sense that the blogger will play a bigger role on the show. After Love finally establishes herself and opens up her new bakery, I feel like she’ll be threatened by Love. And since gossip queens can’t resist a good scoop, I predict she’ll do some digging on the new girl and find out a little too much. I just feel so bad for anyone who tries to get close to Joe and Love at this point. That’s immediately putting their lives at risk.

AH: Honestly, this episode made me realize that I have absolutely no idea what to expect for the rest of the season. But I’m ready for it. 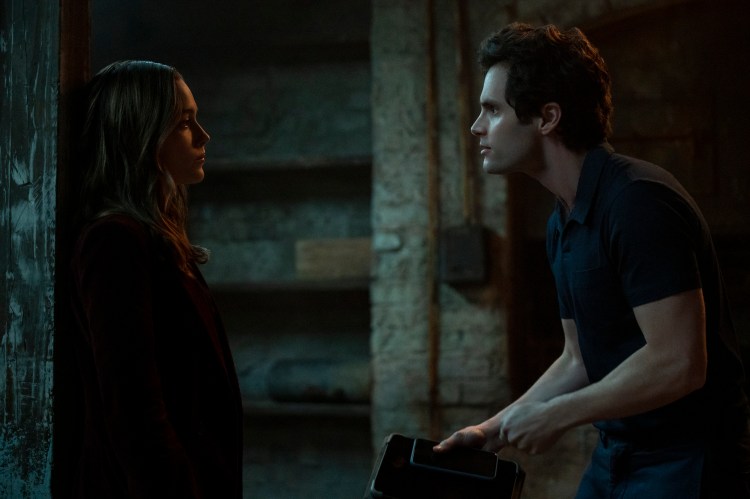 Joe's constant attempts to turn over a new leaf remain a big theme in season three, but this time, it's Love Quinn who steals the show. Now that Joe has met his match, there's no telling what major twists are right around the corner, making this a must-binge season.

IS HULU’S NINE PERFECT STRANGERS WORTH THE HYPE? HERE’S MY HONEST REVIEW