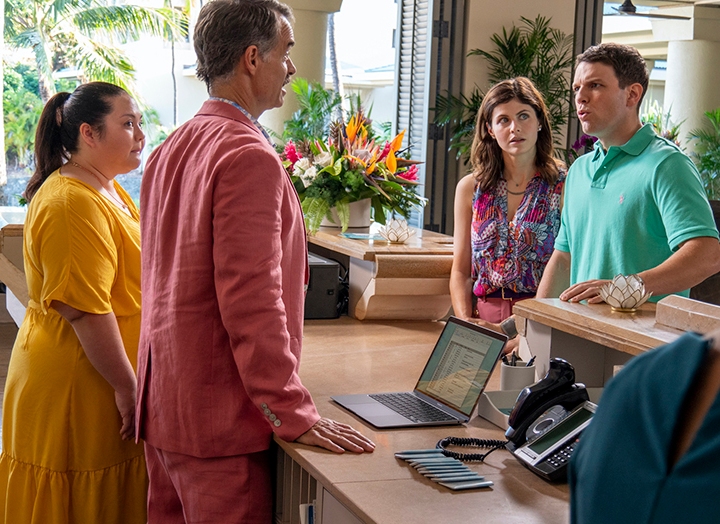 With so many streaming options, it’s difficult to determine what we should (and shouldn’t) add to our queue. But after speaking with the cast of The White Lotus, we can confirm that they consider it to be a definite must-watch.

PureWow recently sat down for an exclusive interview with the stars of the new HBO series, which follows the guests and employees at a tropical resort. The White Lotus is a satire comedy that consists of six episodes, which will drop weekly. It also has a mystery element similar to Big Little Lies, since it reveals a major spoiler within the first few minutes and then flashes back to explain what exactly happened.

While discussing what’s to come, Alexandra Daddario (who plays Rachel) revealed that the satire story line is filled with important themes. “I think [The White Lotus] shines a light on the lack of empathy that some people have,” she told PureWow. “With privilege, it’s a lot easier to ignore the reality of the world around us.”

Daddario continued, “I hope that people see that sometimes we all behave ridiculously. But I hope that someone sees this who needs to see it and says, ‘Wow, I’m really behaving really ridiculously. And I should probably change that.’”

Murray Bartlett (who plays Armond) agreed with Daddario, adding, “I love the themes this show deals with. I think it’s very potent stuff that we really need to look at in terms of privilege and power and how we can abuse it. Or be obnoxious and act badly in situations where we feel superior.”

As for Brittany O’Grady (who plays Paula), she has high hopes that fans will appreciate each character’s journey. “I hope that the viewers find themselves feeling a sense of connection towards the stories that are told through the different characters in ways that maybe they didn’t expect,” she said.

The White Lotus is set to premiere on Sunday, July 11, on HBO.