POV: It’s 2004. You’re in the Limited Too dressing room trying on your first training bra. It’s awkward—but while checking out at the counter, your mom lets you throw in a pair of those funky patterned socks with the individual toe compartments, which makes the whole experience slightly less traumatic. Ahh, to be a tween again….

But wait, what ever happened to Limited Too, anyway? We did some deep investigating in PureWow's nostalgic pop culture podcast, 'What Ever Happened To...?', where we come together to relive pop culture history and uncover what became of the celebrities and trends that defined our adolescence.

If you’re a millennial (or a zillennial), Limited Too was likely your tween heaven. But if LTD2 was before or after your time, here's a little refresher. 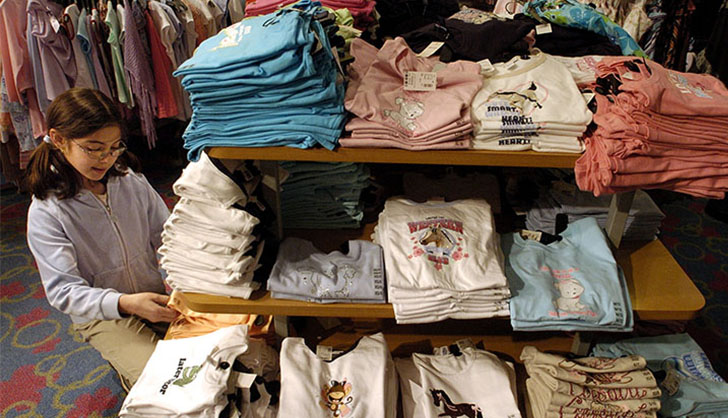 What Is Limited Too?

In the early 2000s, Limited Too was every young girl's favorite store in the mall. LTD2 clothes were the epitome of "elementary school cool," and their accessories low-key put Claire’s to shame. The store was filled with sparkly graphic tees, glittery accessories, and everything you’d need for a tween’s dream bedroom (inflatable furniture, anyone?).

The store first came to the scene in 1987. By 1995, there were hundreds of Limited Toos around the U.S. At the store’s peak popularity, there were approximately 600 stores in 47 states and Puerto Rico—plus, 25 franchised stores in the Middle East. But by the mid 2000s, Limited Too pretty much vanished from malls and a similar store popped up in its place. Enter: Justice.

Is Limited Too The Same As Justice?

Justice first launched in 2004. It was owned by the same company as Limited Too—Tween Brands, Inc., formerly known as Limited Too, Inc. and Too, Inc. In 2008, Tween Brands announced that it would discontinue Limited Too. Over the next couple of years, over 500 Limited Too stores were rebranded as Justice and a handful shut down.

If you’ve ever been inside a Limited Too or a Justice, you know they looked pretty much identical. Both stores catered to the tween crowd and sold colorful clothing and accessories covered in sparkles and sassy phrases. The main difference was that Justice was a tad more affordable.

So, why did the company choose to replace Limited Too with Justice? It seemingly had a lot to do with the recession in 2008. Focusing on this similar-but-cheaper brand was an effort to increase growth and profitability.

“This is a bold strategy to capitalize on the tremendous success of Justice and the changing trends in our economy and our customers’ preferences,” Tween Brands former CEO Mike Rayden said in a 2008 statement. “Especially in these tough economic times, our customers are seeking the more value-oriented apparel available at Justice.”

According to the brand’s official website, there aren't any physical Justice stores open anymore. However, you can shop Justice on Walmart.

Does Limited Too Still Exist?

After being dormant for quite some time, in 2015, brand management company Bluestar Alliance bought the Limited Too trademarks. The plan was to cater to both tween girls and their millennial moms who shopped there in the early aughts.

In a statement to PRNewswire, Bluestar Alliance’s COO Ralph Gindi said, "Limited Too is a girl's market leader with a solid foundation of brand loyalty. Over the years, Limited Too has brought fun and joy to children's fashion shopping experiences and holds a special place with the millennial moms who are now having children of their own."

While you probably haven’t heard anything about it, the company did bring Limited Too back. It’s just not the preteen mall wonderland from back in the day. Instead, it's sold online and in-stores at places like Burlington, JCPenney and Amazon. In 2017, they even had a back-to-school pop up shop in New York City.

So there you have it. That’s what ever happened to Limited Too.