Let’s go back to the dawn of the early 2000s when a promising set of teen heartthrobs called Dream Street was on top of the world. The boy band started in 1999—but by 2002, the dream was over. So, what ever happened to Dream Street, anyway?

We did some deep investigation in PureWow's nostalgic pop culture podcast, 'What Ever Happened To...?'—where we come together to relive pop culture history and uncover what became of the celebrities and trends that defined our adolescence. So without further ado, here's the story of the beloved boy band only millennials remember.

Dream Street was made up of Matt Ballinger, Frankie Galasso, Jesse McCartney, Greg Raposo and Chris Trousdale. Before we get into the “where are they now” of it all, let’s take a little walk down memory lane and dig into how they came to be. 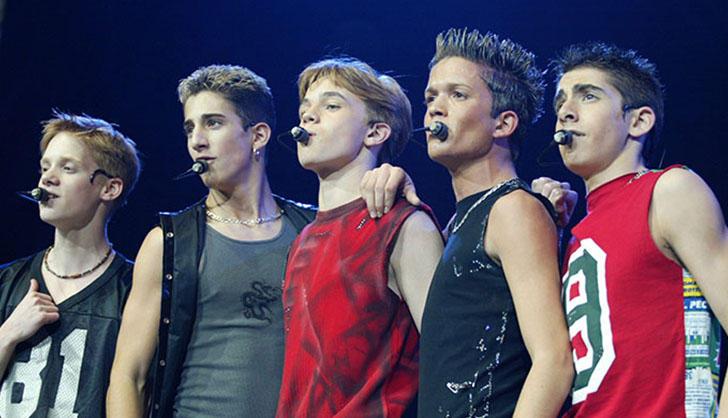 How did Dream Street get together?

Around 1998, two producers by the names of Louis Baldonieri and Brian Lukow put together a band called Boy Wonder—which would later morph into Dream Street. This original group consisted of five boys from the New York City Broadway and acting scene, ranging from 11 to 14 years old. Greg and Chris were a part of Boy Wonder (with three other kids) for about a year. However, after some less-than-stellar feedback from various record labels, they decided to recast the group. Matt, Jessie and Frankie were chosen to join Chris and Greg. And voilà—Dream Street was born.

Dream Street’s self-titled debut album came out in October 2000. It debuted at number one on Billboard's Top Independent Albums chart, peaking at number 37 on the Billboard 200. By 2001, the group was opening for huge stars like Aaron Carter and Britney Spears.

Why did Dream Street break up?

In 2002, reports surfaced that the boys’ parents filed a lawsuit in New York State Supreme Court in Manhattan, alleging that Baldonieri and Lukow “engaged in a wide range of conduct and activities that plainly threaten and impair the minors’ well-being.” Things between the parents and the producers got super messy, and the band—well—disbanded.

What ever happened to Dream Street's members? 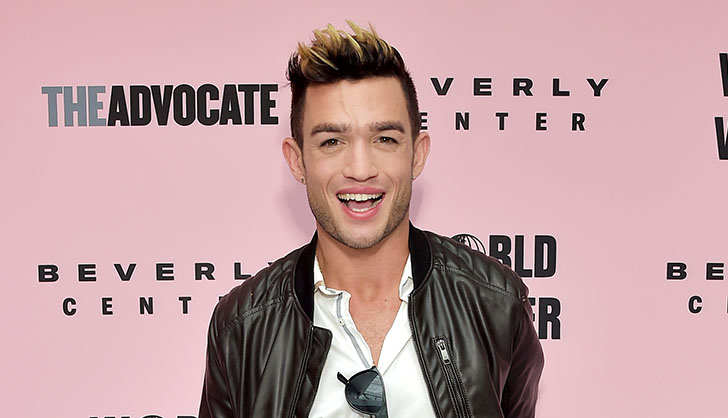 Chris Trousdale tragically passed away on June 2, 2020, from complications of COVID-19. On June 11, which would have been Chris's 35th birthday, his former Dream Street bandmates virtually reunited to perform their hit song, “It Happens Every Time,” in tribute to him.

After Dream Street parted ways, Chris stayed loyal to producers Baldonieri and Lukow. They worked together on his solo career, and Chris was signed to Columbia Records. Unfortunately, the record label wanted a new Dream Street featuring Chris and four new members. He really wasn't into that idea, and eventually, Columbia let him go. Chris went on to do some small solo tours and continued to hustle as an unsigned solo artist. Then, he put a pause on his career to care for his mother.

In a 2013 interview on his YouTube channel, Chris explained, "[My mom] had cancer—skin cancer. So I kind of gave up music for a while, and then moved to Michigan to take care of her for a good five years. So I took a long break from the music industry."

After returning to the world of performing, he went on to star in Disney Channel shows like Shake It Up and Austin & Ally. He even tried out for The Voice in 2012, but didn’t make it through the blind auditions.

Something you may not know about Chris is that he briefly worked as a dance teacher and a special effects makeup artist at a Halloween attraction in California. In 2019, he released a single called “Summer,” and let me tell you, it’s a vibe.

Immediately following Dream Street, Greg Raposo dropped his self-titled debut album in 2003. Over the years, Greg dabbled in several bands, and in 2012, he released an independent album called "Loss, Love, Life.” He also has a country music side project under the name City Country. Greg has additionally dabbled in real estate and restaurant careers, but is still writing, recording and performing music—so we haven’t heard the last from him.

Greg married his wife, Julie Raposo, in 2014—and the way they met is straight out of fan-fic. Back in the early 2000s, Julie was at Roosevelt Field Mall in Long Island, New York, where she stumbled upon a Dream Street concert. Greg always chose one lucky girl to pull up on stage for his solo performance of “Jennifer Goodbye.” That time, he chose Julie.

"You could tell she very visibly did not want to be chosen, and naturally, that was the girl I pulled up on stage. And I sang to her and danced with her on stage," Greg said in an interview with Miss 2005 The Podcast. "That following Monday, I'm walking down the hallways in school, and I bump into her."

Having no idea they went to the same high school, the two hit it off. They remained great friends all throughout high school and eventually got together. Now, they have three young children and post adorable family content to Greg's TikTok account.

Greg wasn’t the only one to marry a fan—Matt Ballinger did too. Matt and his wife, Danielle Ballinger, met when she was 14 years old, and he was 15. Danielle lived in Pennsylvania, and when the band came to perform in her home state, she had the opportunity to interview them as a fan.

"I'd always remembered this girl who interviewed us. I was really impressed by her. And then, she actually friended me on Facebook," Matt told The New York Times.

After rekindling on the internet years later, the pair got married in 2013 and seem to be living a wholesome life out of the spotlight with their two kids.

33 Best '90s Movies on Netflix for All the Nostalgia

Performing is still in Frankie Galasso's blood. In 2003, Frankie starred in the film A Tale of Two Pizzas. Then, in 2008, Frankie released a single called "Give Me a Reason."

In more recent years, he starred in the national touring cast of Jersey Boys. He's also a wedding singer and performs in a '90s cover band called Stifler’s Mom. His partner of 9 years, Kara Tremel, is a fellow Broadway star and fitness guru. 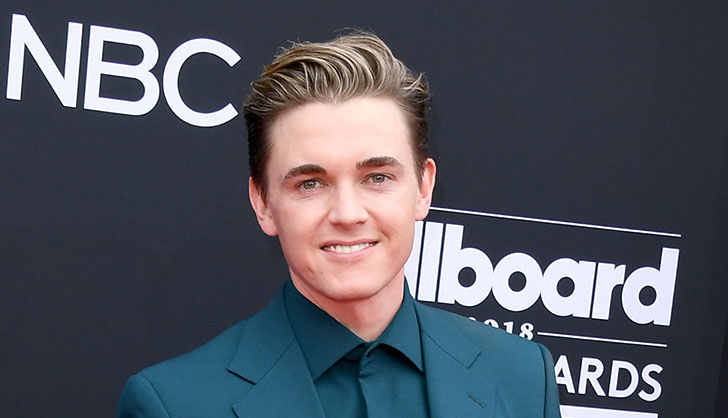 After his boy band chapter came to a close, Jesse became even more of a teen heartthrob through his solo music. He wasted no time, dropping his first solo EP in 2003, which featured the cherished teen anthem, "Beautiful Soul."

Jesse also co-wrote Leona Lewis's hit song “Bleeding Love” with Ryan Tedder of OneRepublic, which was nominated for Record of the Year at the 2009 Grammys. Fun fact: It was actually supposed to be on his third album.

As for his acting career, Jesse has appeared in Young & Hungry, Greek, and Summerland (just to name a few).

In October 2021, Jesse married his longtime partner, Katie Peterson. They met in 2012 when Jesse came into the bar she was working at. After trying to sweet talk her, he left his number on a napkin—and clearly, it worked.

Jesse's fifth studio album, “New Stage,” is out now—plus, he hit the road in May 2022 for his New Stage Tour. On May 17, 2022, his Dream Street bandmates attended his concert in Long Island, New York—giving fans the reunion they've been dreaming of for years.

So, that’s what ever happened to Dream Street.