What Countries Are Part of the Commonwealth (and What Is It Exactly)? 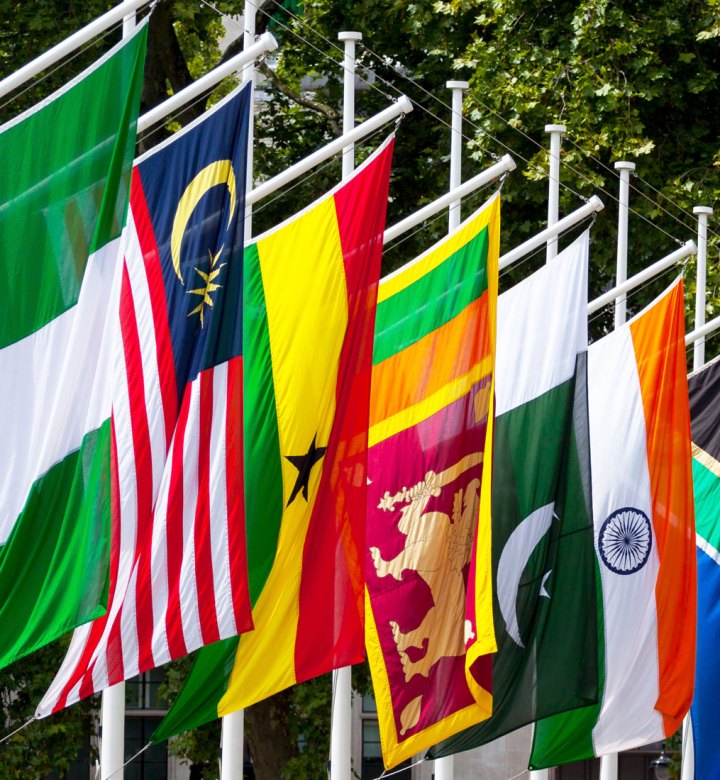 Queen Elizabeth’s passing was a major event that shook not just the United Kingdom, but the entire world. Indeed, the royal monarch was an important symbolic figure in countries far and wide, due to her role as head of the Commonwealth. But wait, what countries are part of the Commonwealth, anyway? And what’s in store for this group of nations now that King Charles is the ruling monarch? Here’s what you need to know.

What Is the Commonwealth?

The Commonwealth, formerly known as the British Commonwealth, is a voluntary association of countries around the world that were once part of the vast British Empire. Although the group’s origins go back hundreds of years, the association was officially formed in 1926 (that still makes it one of the oldest political organizations in the world, NBD). The “British” qualifier was removed from the name in 1949, when allegiance to the British monarch was no longer a prerequisite for joining, and now it’s simply referred to as “the Commonwealth.” In fact, multiple countries that were never even a part of the British Empire have decided to join the modern day Commonwealth (the last two countries to join were Gabon and Togo in 2022).

It’s also worth noting that Queen Elizabeth II, recently deceased, presided over the Commonwealth for most of its existence, hence the current uncertainty surrounding its fate.

What Countries Are Part of the Commonwealth?

That said, only a fraction of the members of the Commonwealth—15 to be precise—have the British monarch as head of state, while the rest are either republics or countries that have their own monarch in place. Known as the Commonwealth realm, these countries are: Antigua and Barbuda, Australia, The Bahamas, Belize, Canada, Grenada, Jamaica, New Zealand, Papua New Guinea, Saint Kitts and Nevis, Saint Lucia, Saint Vincent and the Grenadines, Solomon Islands, Tuvalu, and the United Kingdom.

Who Is the Head of the Commonwealth Now?

And What’s Next for the Commonwealth?

For now, the Commonwealth is still very much a thing, though its future is somewhat uncertain. Critics say the association has little relevance and no influence today. Others appreciate the modest benefits it provides participating nations and the spirit of diplomacy behind it. Most experts agree, however, that some fragmenting of the organization is likely to take place in the not-so-distant future; the prime minister of Antigua and Barbuda has already pledged to hold a public referendum for the country becoming a republic within the next three years. The debate isn’t new (per The Guardian, the Queen was head of state for as many as 32 countries in her 70-year reign; by the time of her death, this number had gone down to 15), but it has grown a bit louder of late. For now, the question of whether or not the Commonwealth can survive a leadership change is anyone’s guess.