Anyone who watches The Daily Show knows that Trevor Noah has mastered the art of balancing clever jokes with current affairs. But aside from keeping us all informed and entertained on Comedy Central's longest-running show, the 38-year-old TV host has also released a New York Times bestseller, appeared in films and even dabbled in executive producing. Plus, the comedian did a stellar job of hosting the 64th Annual Grammy Awards. But now, Noah is making headlines following his decision to step down from The Daily Show.

Considering his successful run (and the fact that he hosted not one, but two Grammy Awards shows), surely, he must've raked in plenty of dough. But what is Trevor Noah’s net worth? Here’s what we know.

The 5 Most Unforgettable Moments from the 2021 Grammy Awards

1. What Is Trevor Noah’s Net Worth?

Celebrity Net Worth reports that Noah’s estimated net worth is a cool $100 million, thanks to his work on The Daily Show, his bestselling memoir and sold-out comedy shows.

After Jon Stewart passed the mantle to Noah as the new host, the comedian started off with a salary of between $5-8 million, according to Celebrity Net Worth. But in 2017, after he signed a contract extension with Viacom, his salary pretty much doubled, bumping him up to $16 million. 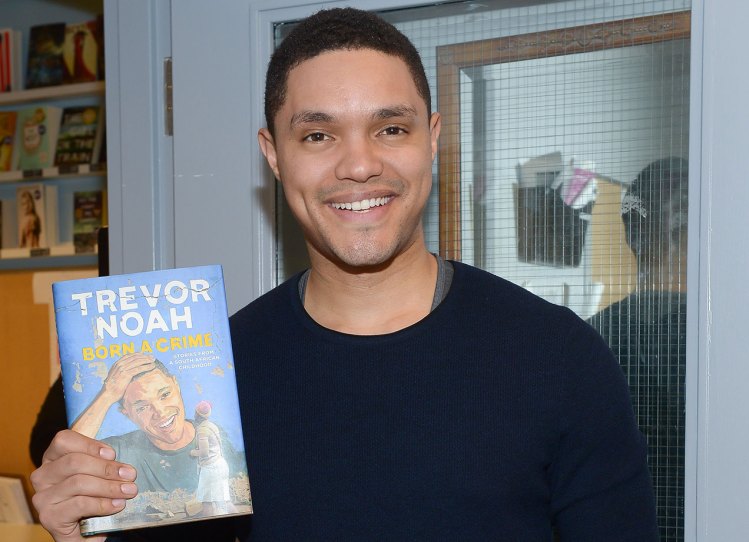 3. How Much Did He Make From His Memoir?

Per The Hollywood Reporter, Noah’s memoir, Born a Crime, sold over 1 million copies since it was released in 2016. And now, the New York Times Bestseller is being turned into a movie that will star Lupita Nyong’o as his mother.

While discussing how she got the role for the upcoming film adaptation, he told Jimmy Fallon, “It's funny. She was actually on the set of Black Panther when she was reading my book, and she called me and she said, 'Hey, I want to be your mom.' And I said, 'Sorry, what? Hello?' Because she gave me [no context] or anything, she was just like 'Hello Trevor, this is Lupita and I want to be your mom.' And I was like, 'I don't know what that means, but yes?' And then she was like, 'In the movie...' And I was like, ‘Oh YES! of course.’"

We’re betting this film will make a nice splash at the box office.

4. What About His Comedy Tours?

According to Ticketmaster, Noah did over 75 sold-out North American shows during his Loud & Clear Tour 2019—one that had to be extended to 2020 due to popular demand. And for his 2021 Back To Abnormal World Tour, Noah had to follow suit by adding 21 new shows in 2022.

Meanwhile, per The Hollywood Reporter, Billboard Boxscore revealed that Noah’s comedy tours had grossed over $14 million by 2019—a number we’re sure has already skyrocketed, considering the massive success of his Back To Abnormal World Tour. 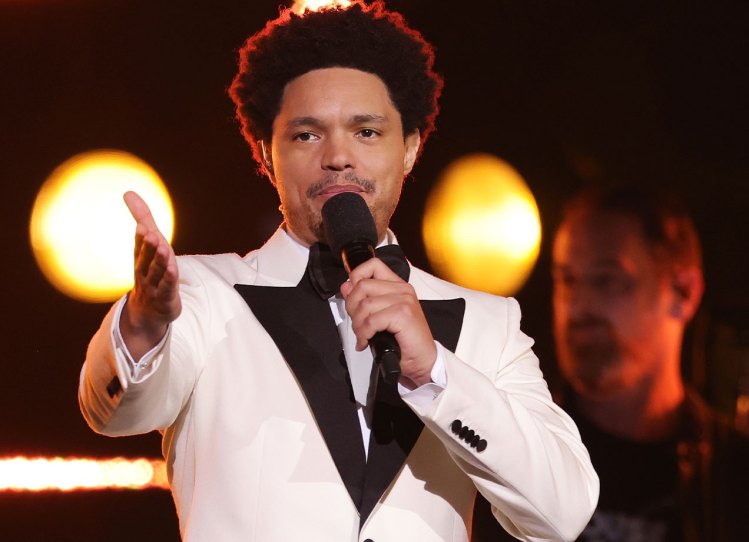 5. How Much Did He Earn For Hosting The Grammys?

TBH, we’re not sure, since the info hasn’t been made public. However, Forbes revealed back in 2017 that James Corden earned $20,000 for hosting the ceremony, so it’s likely that this figure has increased since then.

Keep up the amazing work, Trevor.

Want more celeb content? Check out our new weekly podcast, Stream On, featuring reviews and debates about the best shows, movies and more!

The 2022 Grammy Award Nominations Are Here! See Who Received a Nod