We could spend hours explaining why Tracee Ellis Ross is the ultimate comedy (and fashion) queen. For one, her portrayal of Bow Johnson on Black-ish is delightfully funny and her Instagram page is filled with content that will make anyone cackle. But delivering big laughs isn’t all that Ross is known for in Hollywood. If you take a closer look at the actress’s roles, you’ll notice that she typically veers towards more complex characters that challenge gender stereotypes, which we’ve always found to be incredibly refreshing. Not only that, but Ross has also proven that she has incredible range (three words: Black-ish season four). So, to honor the actress, we ranked some of her best movie and TV roles to date. 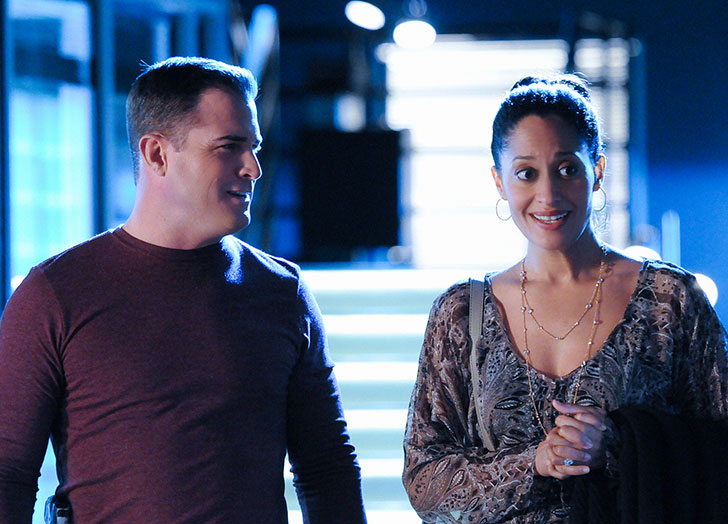 Way before she played his daughter-in-law in Black-ish, Ross appeared on CSI: Crime Scene Investigation as Gloria Parkes, the ex-wife of Laurence Fishburne’s character, Raymond. (Before you freak out, the two actors are just 11 years apart in real life, so the idea of them being a fictional couple isn’t that much of a stretch). Throughout her four-season appearance, Ross’s character gets kidnapped and tortured by a notorious serial killer and it is terrifying. Still, Ross manages to make Gloria feel like a fascinating, three-dimensional character rather than just a victim.

﻿Ross’s brief guest appearance in Broad City’s “Jews on a Plane” is definitely one of her funniest bits to date. If you recall, she played a flight attendant named Winona, sharing scenes with the equally funny Tymberlee Hill, who played Winona’s concerned coworker. When the pair overhears Abbi talking about an “explosion” that’ll lead to lots of blood, naturally, they assume she’s talking about a literal explosion instead of her menstrual cycle. Ross delivers some solid one-liners that are laugh-out-loud funny.

5. Dr. Carla Reed On ‘reed Between The Lines’

A few years before she joined ABC’s Black-ish, Ross starred in this BET sitcom as Dr. Carla Reed—better known as a remixed version of Bow Johnson. In the series, Carla is a successful psychologist, wife and mom who’s raising three kids (two of whom are from a former relationship) with her husband, Alex (Malcolm-Jamal Warner). Like Bow, Carla is fun, well-rounded and very eclectic. Clearly, Ross has a knack for portraying strong, complex women.

Ross totally nails her portrayal of dazzling soul singer, Grace Davis in this 2020 dramedy (and we can totally see a bit of her superstar mom, Diana Ross, in the character). Not only does she flex her amazing vocal skills, but Ross’s character also shines as the comedic, self-obsessed star who’s struggling to stay successful in the music industry. Even though Dakota Johnson’s Maggie remains at the forefront for most of the film, Ross’s supporting appearances steal the show.

If you need proof that Ross can tackle serious roles, then you simply must see her performance in Life Support. Starring Queen Latifah, the movie centers on a mother who’s diagnosed with HIV and struggling to reconnect with her daughter, Kelly (Rachel Nicks). Ross plays the older sister of Kelly’s friend, Amare (Evan Ross), and she’s very convincing as the cold, high-strung sibling who’s determined to leave the projects. From the moment Tanya first appears, it’s clear that she means business. At the same time, Ross adds complexity to her seemingly “evil” persona by getting candid with Latifah’s character in one pretty intense scene.

Considering her impact on real women and how much she evolved throughout the show, Joan Clayton comes in at a very, very close second. Ross embodied the confident and opinionated mother hen of the tight-knit group, and while Joan had her problematic traits (especially when it came to dating), we secretly wished that we could have her in our corner. Ross made Joan feel like an authentic reflection of real Black women who’ve been in her shoes. Even more impressive was Joan’s growth throughout the series, as she became more self-aware and mature.

Some might say we’re getting ahead of ourselves here, but Bow Johnson is like the modern-day Claire Huxtable. She’s a hard-working mother of five who juggles parenting with marriage and a stressful job, and yet, she does it with grace and charm. Ross does such a beautiful job of adding depth and humanity to the character, whether it’s through her loaded facial expressions or her awkward attempts to connect with the kids. Throughout the show’s seven-season run, we get to see her impressive acting range. For instance, towards the end of season four, when Bow and Dre’s (Anthony Anderson) marriage is on the rocks, there’s one scene where Dre prepares to leave, and Bow’s reaction is so raw and emotional that it will legit leave anyone in tears. It’s no wonder the role earned Ross three NAACP Image Awards and five Primetime Emmy Award nominations.