I booked a SoulCycle class for 8:00 this morning, meaning I intended to go to bed early last night. I got in bed, turned off the lights and then it hit me: A new docuseries I'd been dying to watch finally hit HBO Max. It's cool, I'll just watch one episode and then fall asleep, I thought. What happened? I watched all three available episodes...and now I need to talk to anyone who will listen about this show. It's called The Way Down: God, Greed, and the Cult of Gwen Shamblin, and it's a gripping examination of a controversial church (cult?) in Tennessee and its charismatic leader, the late Gwen Shamblin. Here's everything you need to know. 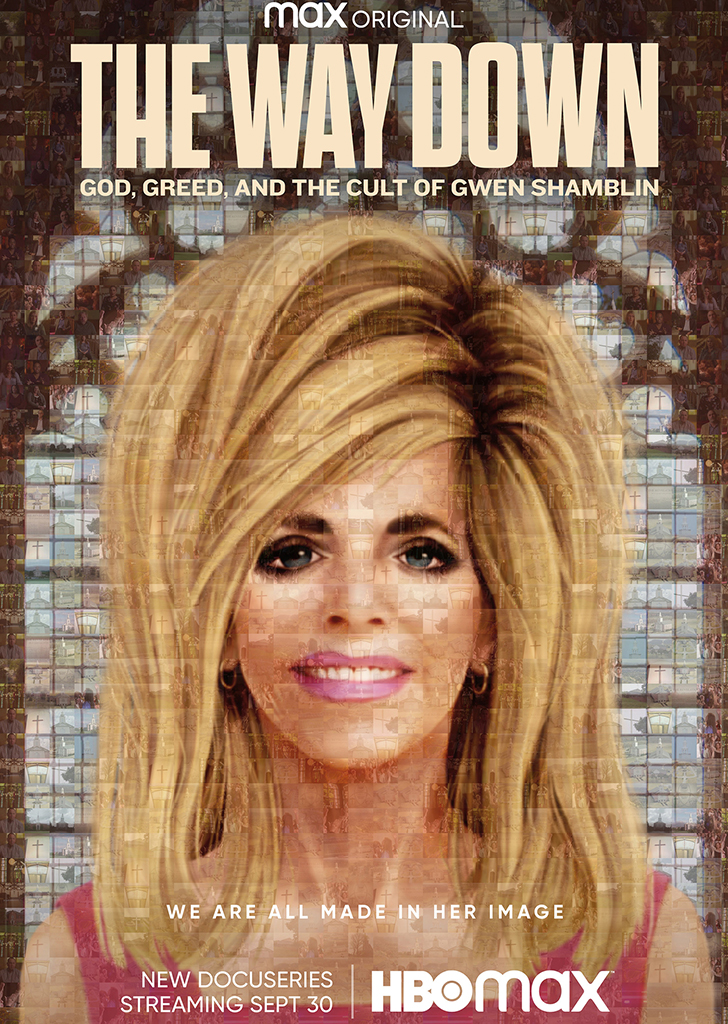 What Is The Way Down About?

The new series (which is executive produced by Chrissy Teigen, weirdly) is about Gwen Shamblin Lara, a weightloss guru and founder of the controversial Remnant Fellowship church in Brentwood, Tennessee. In the '80s, Shamblin developed the Weigh Down Workshop, a diet program that would, in Shamblin's words, “teach people how to stop bowing down to the refrigerator, and how to bow back down to [God].” After achieving tons of success with Weigh Down, Shamblin founded Remnant Fellowship in 1999. Former members and experts have since described Remnant as a cult, with Shamblin as its leader (she's asked in a deposition if any of her church's members would consider her to be a prophet...). Over the past few decades, the church has been embroiled in scandals, notably the tragic murder of one of its young members. The series delves into Shamblin's rise to power, the unique hold she had on her followers and the damage Remnant has done to a number of former members who have decided to speak out.

It's also worth noting that episode one opens with footage of a May 2021 plane crash in Tennessee that we later learn killed Shamblin, her husband and five other church leaders during the filming of the show. (Not a spoiler, it was in the news.) Considering Shamblin's control over the church, it will be super interesting to see how its approximately 2,000 members move forward...

Speaking of Which, Will There Be More Episodes?

You bet. After Shamblin's death, director Marina Zenovich reworked the project from four episodes to five, with three available to stream now and two more debuting in 2022.

If you're at all interested in cults, religious fanaticism or general zealotry, do yourself a favor and stream the first three episodes. To paraphrase SNL's Stefon, this show has everything: murder, mental hospitals, extreme diets, custody battles and a choir of creepy singing children wearing white gowns and bright red lipstick that will haunt your dreams for weeks to come. It's a cautionary tale of the dangers of absolute power and a fascinating portrait of the juxtaposition between Shamblin's blonde, white and sunny exterior with the sinister motives hiding beneath the surface.

One Last Thing: Does the Show Talk Enough About Shamblin's *Bonkers* Hair and Makeup?

Check out a trailer below and stream the first three episodes now on HBO Max.

The 50 Best Movies on HBO Max