It comes as no surprise that Ryan Gosling's big budget action thriller, The Gray Man, is currently taking over the internet.

Fans on social media were quick to air their opinions about the star-studded film, all the way down to Chris Evans's iconic mustache. And now, aside from topping Netflix's list of most-watched movies, the movie is also getting a sequel. The Russo Brothers tweeted, "We’re excited to announce that a sequel to The Gray Man is now in development with star Ryan Gosling, us and co-writer Stephen McFeely set to return. A spin-off is also in the works, written by acclaimed screenwriters Paul Wernick and Rhett Reese."

So yeah, it sounds like we'll be seeing a whole lot more of Sierra Six (Gosling) in the future. But until then, we're taking an even closer look at the first installment, which, to our surprise, contains a few continuity errors and anachronisms we totally missed. So, which The Gray Man mistakes should you look out for? 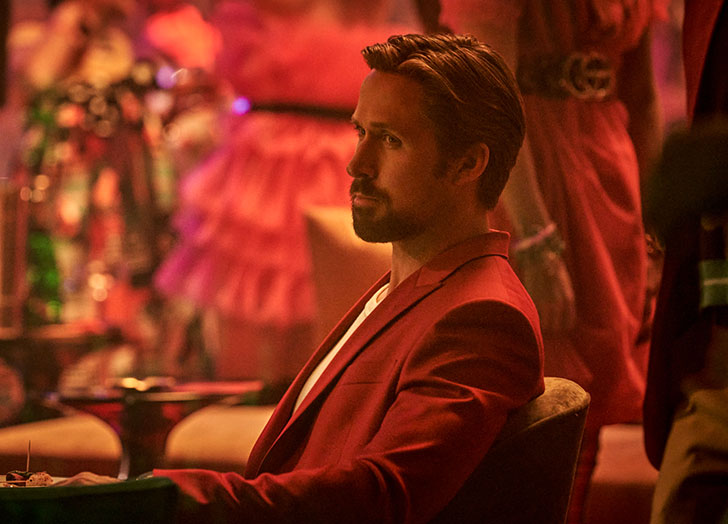 We'll start with the most obvious example, which involves the final showdown between Six and Lloyd (Evans). As one fan pointed out on IMDB, the setting starts off in the nighttime, but then in the span of just a few seconds, we see that they're fighting right as the sun is rising. And that's just one of several continuity errors.

For example, remember when Lloyd gave Fitzroy (Billy Bob Thornton) a bloody nose after punching him in the face? The following shot shows Fitzroy without any blood, but then cuts back to an image of his bloody nose when he's forced into Lloyd's vehicle. Jump ahead to the scene where Lloyd brings Fitzroy to "Croatia." After a heated argument with Suzanne (Jessica Henwick), he clears the coffee table, but in the next shot, there are still items visible on the table.

Additionally, the film used a car model that didn't exist yet. In the scene, which takes place in 2019, Six rushes Claire (Julia Butters) to the hospital in the Audi E-Tron GT, which wasn't available until 2021.

Another issue involves factual errors, including the scene where the tram moves with all the doors opened, and there's no driver in the driver's seat. This would never fly in real life because of security systems. And when Dani drives from Berlin to Vienna, she gets there pretty quickly with an electric vehicle. Since these vehicles typically require recharging for longer ranges, it actually would've been more realistic if the journey took an entire day.

Add to this the fact that Lloyd managed to fire a single use flare gun multiple times without exchanging the flare round. And don't even get us started on how a team of shooters managed to hit Maurice's house with bullets that weren't even coming from their direction.

Still, we'll be nice and cut this movie some slack. Especially since there are so many good (and good-looking) actors in it.

Ryan Gosling Teases What Fans Should Expect from the ‘Barbie’ Movie